In sport, we have a term called ‘commentator’s curse.’ As per it, whatever a commentator praises is bound to get the rough end of the stick soon. Well, we have just got a taste of it. Rounding up our year in Hollywood style, we decided to hand a special award at the very end for a product that simple refused to fade out into the tech sunset. We took a leaf out of Frank Miller and called it The 300 Award, which we handed to the Sony PlayStation 2. 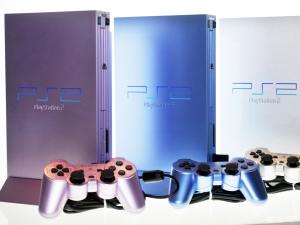 Aye, the PS2, which has been around for a dozen years and continues to sell, if not in staggering numbers, then not in pitiful ones either. It was easily the highest selling console of all time – selling more than 150 million units. And generating a game library that went into thousands. It saw off the challenge of the Xbox, went toe to toe with the Wii and even today remains one of the best options for anyone wanting to dip their toes in gaming waters, thanks to its being relatively inexpensive both in terms of hardware and game titles.

The very next day, you announced you are ending the production of the PS2 in Japan.

We know that the tributes will start pouring in shortly. We will see lists of greatest games ever made for the console (tip: if it does not contain Shadow of the Colossus, Metal Gear Solid and God of War, it is not worth the keyboard it was typed on), and memories galore about everyone’s experience of the PS2, including their experiments with cameras, musical instruments and the like (yeah, they worked on the PS2!). We are however, going to take a different tack and make a request to you, Sony:

Reinvent it. As a portable gaming console-cum-media-player.

If the past few iOS-Android-soaked years have taught us anything, it is that hardware no longer calls the shots in gaming. The game titles themselves do. Android might have the quad cores, but iOS users still wave Infinity Blade at them and go “yah!” When Microsoft went into gaming mode for Windows 8 and Windows Phone 8, it did not talk of hardware, it talked of titles like Angry Birds and Contre Jour (have you played it in IE? “Awesome” is the only word that comes to mind).

Now, just consider the fact – the PS2 has thousands of games. Several of them that have been played for years and years and are actually being adapted to other platforms. And many of them are available at prices that are actually only slightly more than a high-end iOS or Android title. 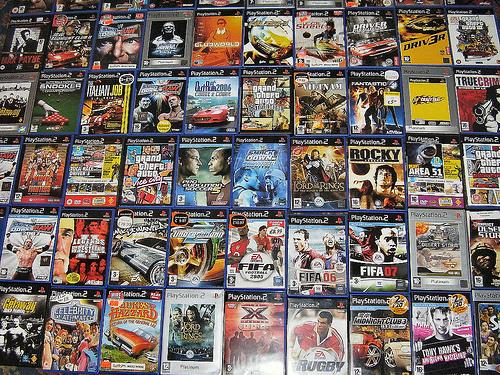 Now, imagine if you relaunched the PS2. In a notebook like form factor, with (say) a seven-inch display and the controls just below it. It would come with an optical disk drive, on which you could play all previous and new PS2 titles. And DVDs too (hey, the PS2 played a major role in making the DVD mainstream). With speakers for sound. Maybe – depending on the title – some sort of multiplayer connectivity.

Suppose you priced it at even double its current price (when we last checked, Amazon was selling it for $142)? It would still be cheaper than the iPod touch or the iPad mini, and heck, even cheaper than the 3G version of your much-hyped-but-disappointing PS Vita.

AND it would have perhaps the best game array in the world. Imagine being able to play – GTA 3, Hitman, FIFA, God of War, Metal Gear Solid, Tomb Raider, Prince of Persia…all on the move whenever you wish. No watered down versions. The real deal, at prices that are close to the ones on iOS and Android, with no downloads involved. With the same controls and real buttons. And of course, when you want not to game, you just watch a film or listen to music (a lot of us still use DVDs and CDs, as you might have guessed.

We don’t know about you, but it would be stuff of which OUR gaming dreams would certainly be made. There will be the odd hardcore lads who will holler about less than HD graphics, but then that was the crowd that poured derision on Angry Birds initially, remember?

We would not blame you for calling this wishful thinking on an epic scale. Go right ahead and bury the PS2 if you think that it’s day is past. Your baby. You would know better.

All we ask is for you to think. Just for a while.

Think of a PS2 Vaio.

Was this article helpful?
YesNo
TechPP is supported by our audience. We may earn affiliate commissions from buying links on this site.
Read Next
Sony WH-1000XM5 Review: Bettering the Best
#Playstation #Sony