It is that time of the year when people talk of the best and worst of the year about to pass into history and gaze into the future and predict what’s in store. But there is more to a year than just the best, the worst and what will be. Or at least we think so. Here’s our slightly quirky, Hollywood flavoured look at the year that was 2012:

When was the last time a company the stature of RIM spent an entire year without a single really big release, even while its rivals were busy as the Devil unleashing Hell (what else?) in the market. RIM had a very quiet year by tech standards, preferring to prepare the ground for what it hopes will be its saviour, BB 10.

The American Beauty Award for Most Gorgeous Product of the Year 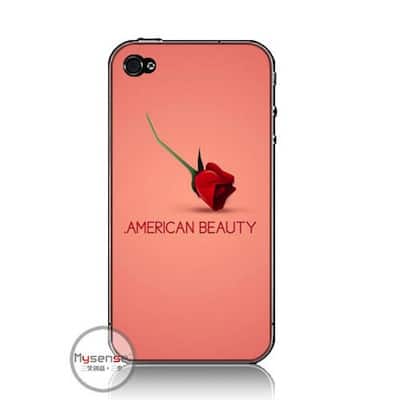 No, it did not exactly have the kind of software that we thought it would have but when it comes to sheer design, the iPhone 5 had us gaping. Incredibly thin with those diamond-polished edges and a camera covered by sapphire crystal. And in spite of all this, it remained surprisingly lightweight. Oh, and it added the word “chamfer” to our tech vocabulary.

The Slumdog Millionaire Award for the Price Warrior of the Year

A quad core processor driven device for under two hundred dollars? With Google’s branding? Yep, the Nexus 7 delivered all that. We do not know if it gets better than that. Take a bow, Asus and Google!

No, it was not a CEO getting walking orders, but Microsoft turning its back on thousands of Windows Phone 7 users when it announced that they could not upgrade to Windows Phone 8. Ironically, the announcement came just as people were beginning to appreciate the Nokia Lumia 900 – even SIRI called it the best smartphone ever. Talk about rendering your flagship obsolete within months of announcing it.

The Dark Knight Rises award for the Comeback of the Year

It was supposed to have been dead and buried by the eighties, but the trusty LP turntable made a surprisingly strong return to the music market. At a time when most people were talking about music going digital, vinyl made a pleasant comeback. We are not betting on how long it will stay, but what the heck, it is wonderful to see those massive folders!

The much-hyped Chrome OS netbooks never really got around to making their presence felt in the market. Samsung made one but nothing in the notebook market stirred in spite of all the promise of a largely cloud-driven OS on very affordable and fast performing devices.

Microsoft making its own tablet? With a keyboard that also acts as its cover? Which will run Windows 8? It HAD to be a winner. Alas, the Surface RT tablet was anything but that, with people complaining of its price and its performance. Will the Surface Pro turn things around for the Surface brand? 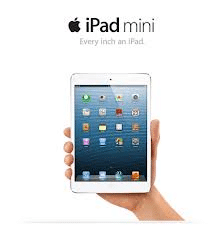 Every Inch an iPad? We are not too sure about that – blame it on our addiction to the retina display – but when it comes to coming out with a smaller sized version of a product, Apple scored with the iPad mini. The device was brilliantly designed and worked a treat, although we DID want a retina display…

A high profile CEO apologising for a product? Not just that, but also suggesting alternatives to it made by competitors? Apple’s Tim Cook did all that when his company stumbled massively with the maps app on iOS 6. That takes nerve.

It was a smartphone with a decent camera. It was a tablet. It was a sort-of ultrabook. It was a pile of battery power. Yeah, the Asus Padfone was one versatile device. Our only problem – after a while, even WE forgot what it really was. And making the tablet a dumb terminal to a dual core phone was not the smartest move we have seen from a hardware company we have learnt to admire for its innovation in hardware.

The Hangover Award for The Problem That Refuses to Go Away 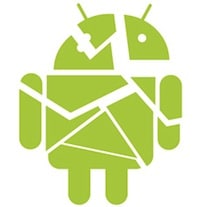 We have been talking about it for a couple of years and things keep getting worse. We are talking about Android fragmentation – where different users are using different versions of the most popular smartphone OS in the world. And worse, have no idea if they will ever get updates. The Nexus wave never really swept the market and manufacturers preferred making users cough up for a new device instead of updating the software on existing ones. No solution in sight!

So Google got Motorola. So the Nexus phones should logically be from Motorola? They were not. Well, never mind. At least all Motorola devices would get Android updates fast? Nope, they did not. Does Google plan to get into phone and tablet manufacturing using Motorola’s manufacturing muscle? Not clear. A lot of people out there are actually wondering WHY Google bought Motorola. Was it just about the patents, after all?

The Kramer vs Kramer Award for Best Courtroom Drama 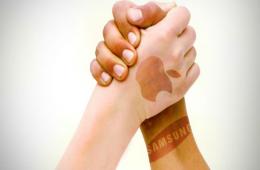 Someone won in the US. Someone else won in the UK. Someone won again in some third country. Everyone appealed. Everyone claimed to have won. The Samsung-Apple saga is getting more like Lord of the Rings than Perry Mason with every passing suit and decision. And just like Tolkien’s epic work, we reckon it is going to become the stuff of tech legal legend once it is finally done and dusted. When with THAT be? Ah…

Much has been written about Apple’s iOS Maps boo boo. We will not add to it except say one more time that we really cannot believe that a company like Apple let something like this. It did Google a world of good, though!

A year and a half ago, voice commands were supposed to be the way ahead, right? Samsung had S Voice, Apple had SIRI and just about everyone and their granny claimed that we would be talking more and touching and typing less on our handsets in tablets. Has not happened. Does not look like happening.

The Shrek Award for the Least Attractive But Still Adorable Product

All right, we know people teed off at its shape and bulk, but after a software refresh (and a price cut!) we must confess we are beginning to like the Nokia PureView 808 with its 41.0-megapixel sensor. Hey, it was not anorexic but it took great pictures and after the software rejig, worked a whole lot better. The sound was neat too. Beauty is skin deep, sirs!

The Jerry Maguire Award for Startling Honesty From A Tech Person

He could have talked about things being “promising”, of “all being well”, or even resorted to the normal “well, we do not have the stats to share yet” line but Microsoft boss Steve Ballmer did neither when asked about the initial sales of the Surface RT. He said they were ‘modest.’ The marketers winced, the campaign for truth applauded.

Leonidas and his 300 Spartans held off a massive Persian army at The Hot Gates in 480 BC. And 2012 saw a product continue to sell in spite of having been around for a decade, and facing competition from products that are far, far superior on paper. We are talking of the Sony PlayStation 2 (PS2), which simply refuses to go away and still gets its share of new titles every year – hey, it got FIFA 13. Stick around, fella. We still love you.

Was this article helpful?
YesNo
TechPP is supported by our audience. We may earn affiliate commissions from buying links on this site.
#Hollywood #Tech Awards