Nokia has just unveiled their cheapest Windows Phone 8 phone yet, the Lumia 520. This budget smartphone retails for €139 and is pretty similar to the older Lumia 620, announced last year. We spent some time with this budget WP8 device, which is scheduled to be launched in March 2013. Like other low-end devices, Lumia 520 sports a 4-inch WVGA display, a partly 8GB of internal memory, a passable 5-megapixel rear camera and a 1 GHz Dual Core Snapdragon processor. 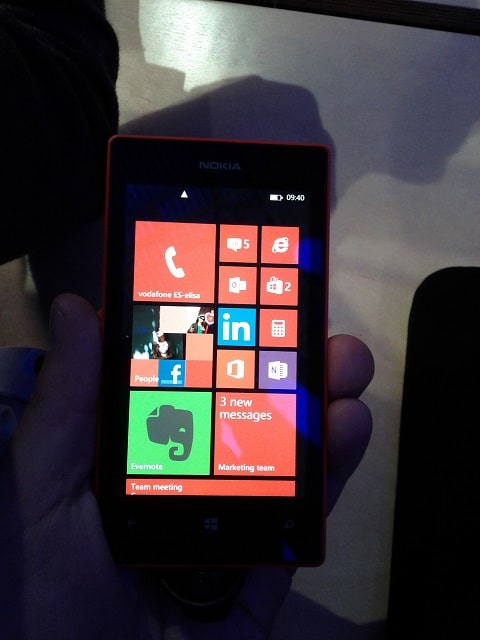 To cut down the price, Nokia hasn’t bothered to put a front-facing shooter on the unit and neither astonishing features, such as premium display or a premium processing unit. Although some of these elements may seem moderate, we have to note that the Lumia 520 comes with a WGA display capable of 800 x 480 pixel resolution and a fair pixel density, paired with super-sensitive qualities which can sense even gloves. Also, it has the ability to accommodate an external memory for up to 64GB and comes with Bluetooth 3.0 connectivity options.

In a nutshell, the Nokia Lumia 920 is something worth buying if you hope for a phone that can accommodate your basic social needs and a bit extra. For the average teenager, is a resistant product which can offer moderate viewing experience, a camera better than usual for this price range and a battery which can take up to 10 hours of 3G conversations.

Below, we’ve featured our experience with this Windows Phone 8 wonder and tried to get the most out of the product. During our time, we’ve noticed that the phone feels great in hand and although a bit bulky, mostly because of its rounded but thick edges, it’s a device which can pass as a day-to-day smartphone.

Was this article helpful?
YesNo
TechPP is supported by our audience. We may earn affiliate commissions from buying links on this site.
Read Next
Nokia Power Earbuds Lite Review: Connecting through Clear Audio against Tough...
#hands on #lumia 520 #mwc 2013 #nokia