Whatever 2022 lacked, it was certainly not new smartphones. The launches might not have been as many as in previous years, but rare indeed was the month that passed without some worthy brand or another insisting that it had released the ultimate smartphone. We had phones that folded (some that were not meant to!), phones that had major camera population issues, phones with cameras that had megapixel population issues, phones that got charged in under twenty minutes, phones that tied up with camera companies (we really think it should be the other way around now), phones that made notches floaty digital islands and so on and so forth. At the end of it all, if one had to pick a single device that lived up to the hype around it (at least to some extent), which one would it be? 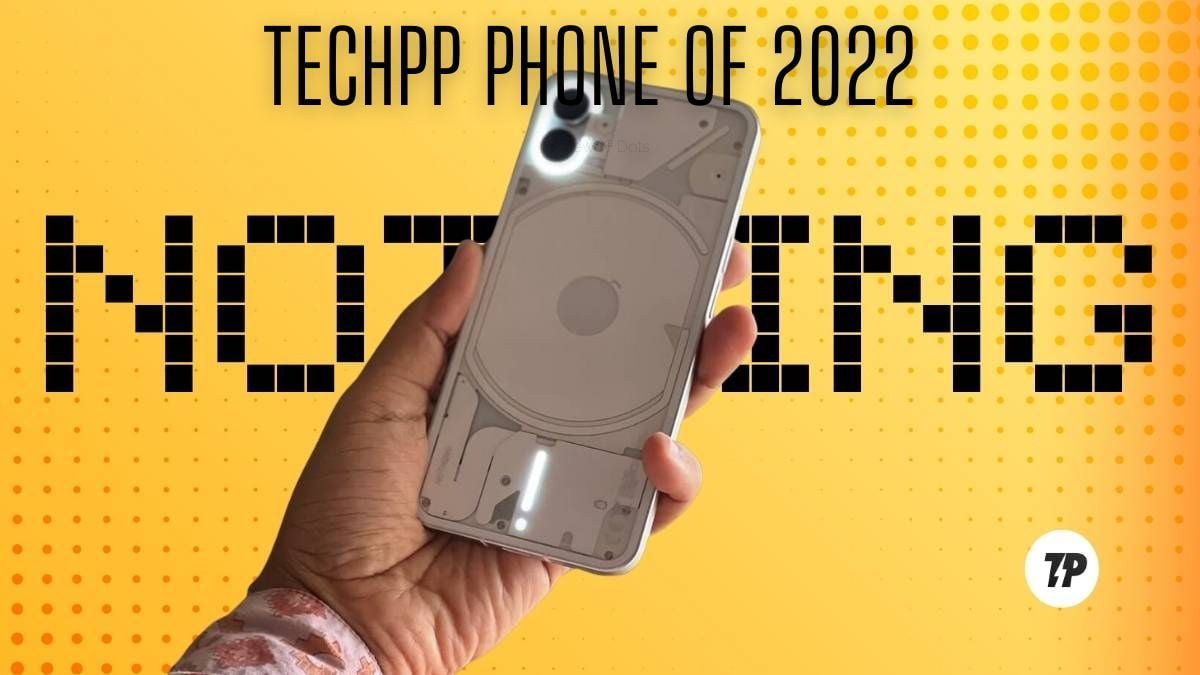 In our books, the number one phone of the year would be the phone number one, or rather the Phone (1), from Carl Pei’s new initiative after going One Minus from OnePlus, Nothing. Yes, we saw no end of flagships with fancy specs and innovative features launched in the year, but when the tech dust settled, we think the best of them all was one driven by a mid-segment chip that would set no benchmark records, with just two cameras on the back, and an interface that was buggy as an autofocus abbreviation!

Yes, the Phone (1) was marketed brilliantly by Carl Pei, but marketing has nothing (pun unintended) to do with the Phone (1) topping our smartphone standings for 2022.

It was REALLY different

This is simply the biggest reason for the Phone (1) getting the top dog status for the year. It was the only device that actually brought a lot of new elements to the smartphone experience. Yes, it looked like an iPhone from the side with its straight sides, but you got a rather different design on the back, with a semi-transparent look. The back also featured more than 900 LEDs that lit up in different patterns depending on notifications and music being played on the phone. And, of course, every time they lit up, they further highlighted that transparent-y back. Nothing called this the Glyph UI. Some might have found it a trifle loud and flashy, but we actually loved it! Round that off with a UI that was the closest thing to stock Android and you had a phone that not only looked different but also worked differently from anything we had seen for a while.

It was NOT a spec monster 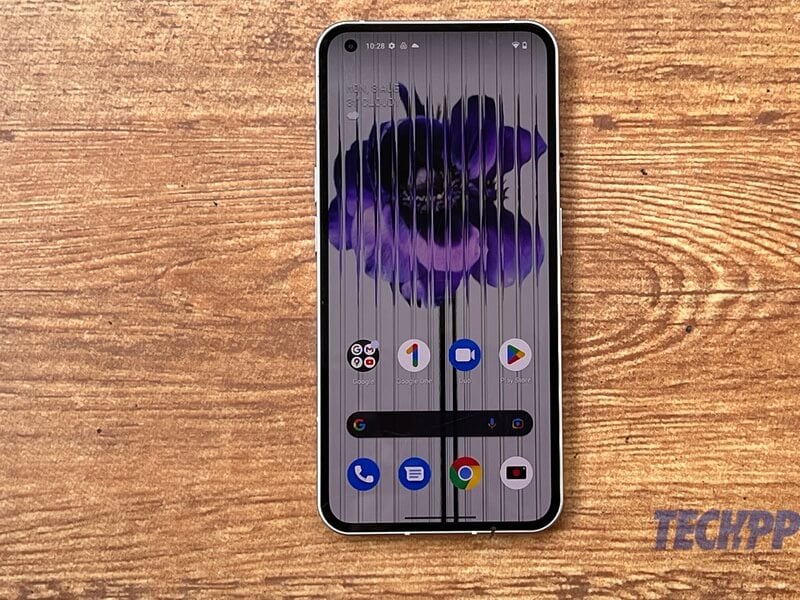 The Nothing Phone (1) grabbed attention in spite of not being specced like a member of an Android flagship gym. It had good cameras, a good display, good battery life, good sound, and a good processor, but it made no claim to be the most powerful phone around and generally did trot out benchmark scores to support its performance. It was a mid-segment device that managed to get premium-level attention because of its UI and design rather than its spec sheet – been a while since we saw that, and perhaps therein lies a lesson for other brands.

It did not come with an eye-watering price tag

With great innovation tends to come a crazy expensive price tag – check a foldable if you believe us not. But the Nothing Phone (1) came with a relatively sane price tag – it started at Rs 32,999, which seemed a little on the expensive side for a device with a mid-segment chip, but was nowhere near the prices that were being charged by other flagships. In some ways, Nothing brought a flagship-like vibe at a mid-segment price, which was quite an achievement. At the time of writing, it was available at Rs 27,999, just for the record. And we think it is darned good value for money at that price if you are looking for a phone that’s VERY different.

It actually got better with time 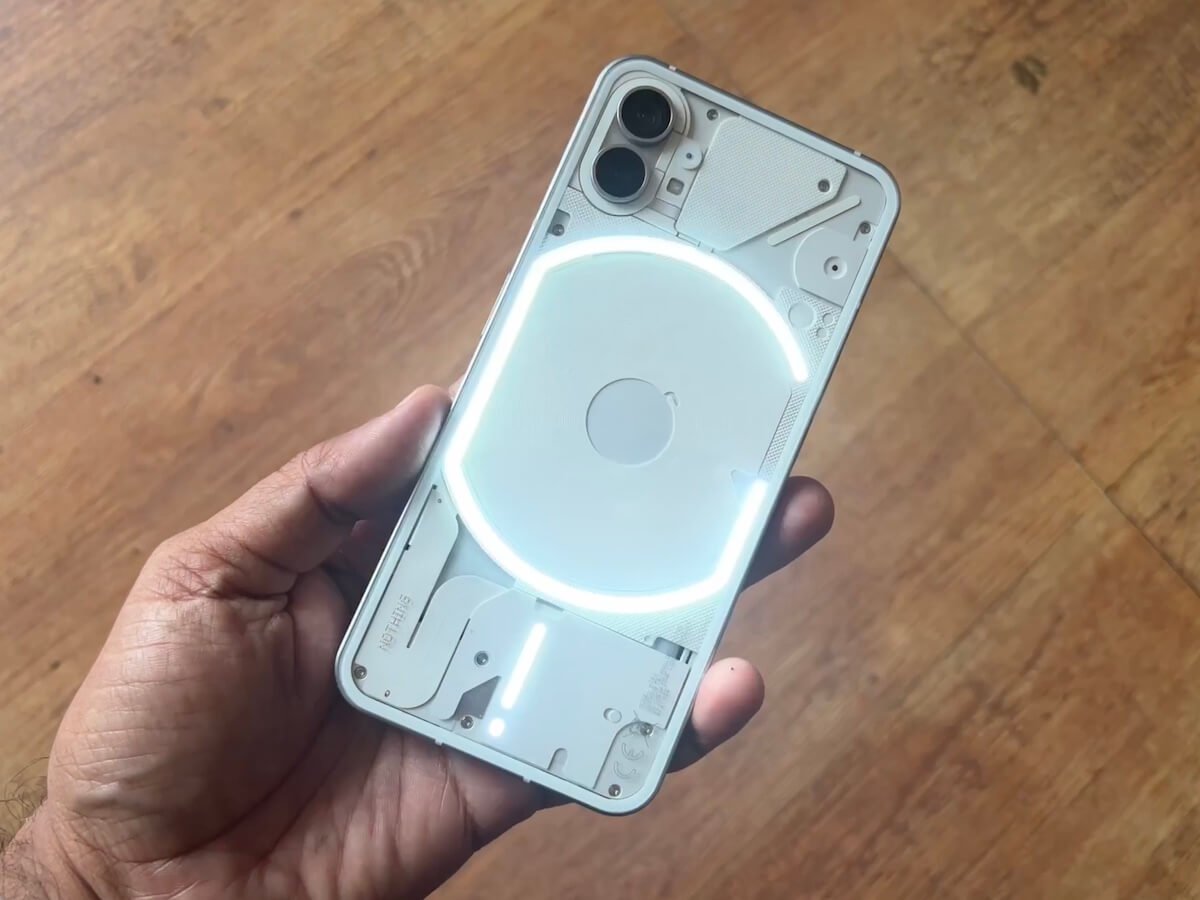 We have seen our share of devices that attracted a lot of attention around the time of their launch and then were generally forgotten by their manufacturers in terms of tweaks and improvements, apart from the usual Android security updates. The Nothing Phone (1) has been a very pleasant exception. It was rather buggy when it was launched and had availability issues and some other complaints, such as dust accumulating beneath that transparent back. The days that have followed have seen the brand actually attempt to resolve issues. Updates have seen its performance improve across a number of departments, ranging from camera to that Glyph UI on the back (the lights now actually often work in sync with the music being played on the phone!), the phone is more easily available, and work is underway on improving after-sales service, with defective units being more rapidly replaced. We have not really seen this in a mid-segment device!

It remains unique even now

It is as certain as night follows day – if a phone makes headlines, a number of clones spring up. It happened with flat and straight sides, it happened with multiple cameras, it happened with notches…but for some reason, it has not happened with the Glyph UI and transparent back of the Nothing Phone (1). The result? The Phone (1) still remains in a zone of one and stands out from the regular smartphone crowd. Whether this is because the design and UI are too difficult to copy/be inspired by or other brands simply do not think they are that cool, we know not. You could mistake one Fold or Flip or an iPhone with one from the previous generation(s)! 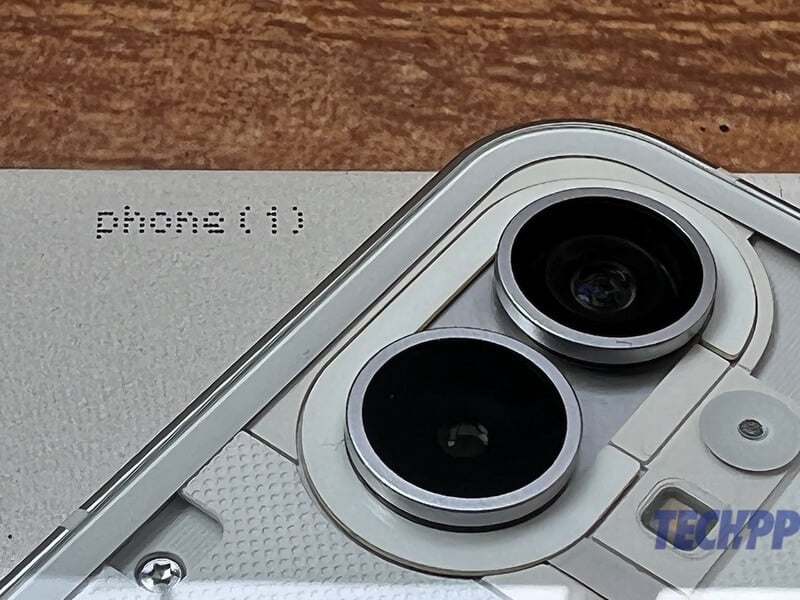 But the Phone (1) cannot be mistaken for any other phone unless the user has covered the back completely (there are folks who do that). More than five months after its very high-profile and attention-grabbing launch, that’s quite a feat. Credit to Nothing for not just coming up with something very different and difficult to imitate but also not getting tempted into coming out with multiple models following its launch. In fact, Carl Pei insists that the Phone (2) is not likely to come soon!

In sum, the Phone (1) is truly different; one of its kind that keeps improving, goes beyond its spec sheet and costs not the earth to acquire. If that’s not something, nothing is. Actually, it IS Nothing. Pun intended.

Nothing Phone (1) Review: Nothing like Anything Out There
Read More
Was this article helpful?
YesNo
TechPP is supported by our audience. We may earn affiliate commissions from buying links on this site.
Read Next
NothingOS Made Me Realise How Much Overrated Pixel UI Is
#2022 #nothing #Nothing Phone (1) #Tech Awards