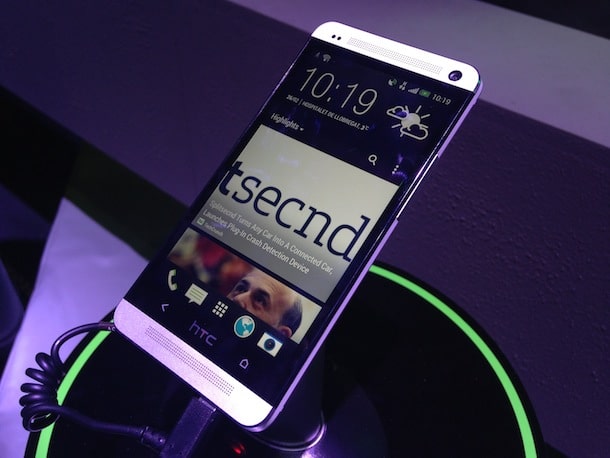 HTC One is an odd name for a phone. Not that it sounds odd, but having released few phones like One X, One S, One V and many more in the One series, HTC decided to name their 2013 flagship as just HTC One. But that shows how much the company believes in this phone. HTC believes that this phone guides them to their ever-evading success.

HTC has always had a good phone as its flagship: HTC One X was better than competitors like Samsung Galaxy S3 in many ways, but still failed to make a mark. One X+ was even better, but it was what One X should have been in the first place. HTC Droid DNA was the first ever smartphone with the amazing 1080p display, but came with a meager 2,020 mAh battery. So, HTC missed something or the other, and hence failed to provide a complete package for its customers.

With HTC One, the company has gone all out, and has tried to ensure not to leave any stone unturned. Here is a phone with a gorgeous design, high quality build, stunning full-HD display, a top-end processor, and a brand new interface. And for the first time, HTC is trying to build an ecosystem around their flagship smartphone. HTC SenseTV is a welcome addition. With this, HTC aims to make HTC One, the perfect companion for living rooms.

HTC One Hands on Review

We spent like 3 days playing with HTC One during MWC 2013 at Barcelona, and it managed to impress us every single time. For the most part, the phone is perfect. It’s a breeze to navigate through the phone, thanks to the new-gen Snapdragon 600 processor by Qualcomm, which is clocked at 1.7GHz. Add to that, the 4.7″ 1080p Super LCD 3 Display is pleasing to the eyes. At 468ppi, this has to be one of the crispest screens we have seen. I’ve been asked a multiple times regarding how much of a difference 1080p has in comparison to 720p, and I should say, a LOT. The text and images come alive on 1080p screens, and once you start using them for a week, it;s difficult to go back to the phones with 720p displays.

HTC Sense 5.0 is a mixed bag. I personally loved the new HTC BlinkFeed, which adds an infinite vertical scrolling of the latest news and social media updates. But I’m not sure if everyone likes it. The issue is, HTC says that there is no way to remove or disable BlinkFeed, and it remains as the default homescreen. That’s sad, if true. But yes, HTC Sense 5.0 is simple and clean. It has a more minimalistic design and app gallery looks more spaced out than before.

Now coming to the most hyped up part of HTC One, the Ultrapixel camera. HTC did well to bust surrounding the camera megapixels. More megapixels doesn’t necessarily mean better pictures. So, HTC went ahead and fit a 4-megapixel BSI sensor and f/2.0 lens on HTC One, such that each pixel is meant to gather 300 percent more light than the current crop of smartphone sensors. It surely sounds great to read, but does it translate into better pictures in reality? In our brief tests with HTC One, it didn’t. The Ultrapixel camera did capture more light, but failed to compress the noise. To be clear, all our tests were within the HTC booth at MWC and hence we couldn’t test the camera in sunlight, and we couldn’t transfer the images to our PCs, which can make a considerable difference. Nevertheless, the first impression has been pretty mixed.

The hands-on video above also has a section where we compare the HTC One with iPhone 5. The comparison is more with regards to the look and feel, and a little bit about the camera performance in low-lit conditions. Over the past week, there were a lot of chatter about how HTC ripped-off iPhone 5 design. Hence we though to bust it. Though the design principles look similar, it’s far from a rip-off. Moreover, HTC signed an agreement with Apple late last year, and now stays clear of any infringements.

All in all, HTC One looks very promising. Going by what we saw at MWC 2013, we just can’t wait to get this beauty for a longer run very soon. So, stay tuned for a detailed review.

Was this article helpful?
YesNo
TechPP is supported by our audience. We may earn affiliate commissions from buying links on this site.
Read Next
HTC is back after a long time with Wildfire R70 with Helio P23
#HTC #HTC One #HTC Sense #HTC Sense 5.0 #HTC SenseTV #iphone 5