Although we can’t say for sure if a TV Show is created for geeks, or even what is a “TV Show for Geeks”, as the choice greatly depends on each one’s preferences, just like when choosing movies for geeks, we did try to put together a list of what we think are the best TV shows for geeks, nonetheless.

Even if we tried to be as objective as possible, and not create a list of our own favorite shows, one might think that some of these TV Shows should not belong on this list, or that others might deserve a spot. Nevertheless, these TV shows for geeks will be to your liking. And, just as always, use the comments section to suggest more.

More than 30 of the best TV shows for geeks

These TV shows have gathered thousands of fans and some of them have been around for as much as 50 years. Nevertheless, they are some of the best TV shows ever created and geeks from around the world have watched them with joy. 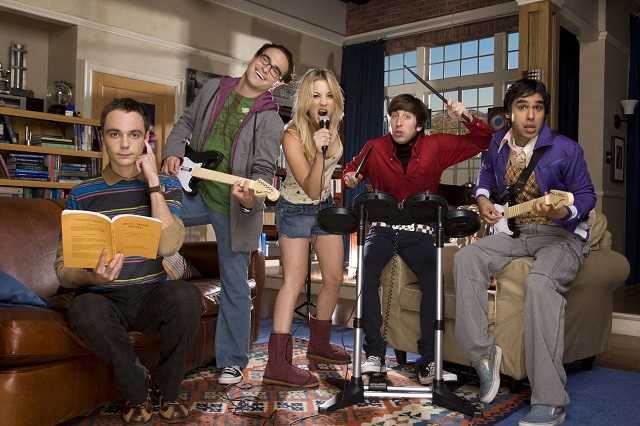 Two Caltech physicist are who are socially awkward, but excel in the laboratory find that their new neighbor is great looking, socially active woman. She tries to help out the guys with advice on how they can have a social life, but her advices tend to fall on deaf ears. 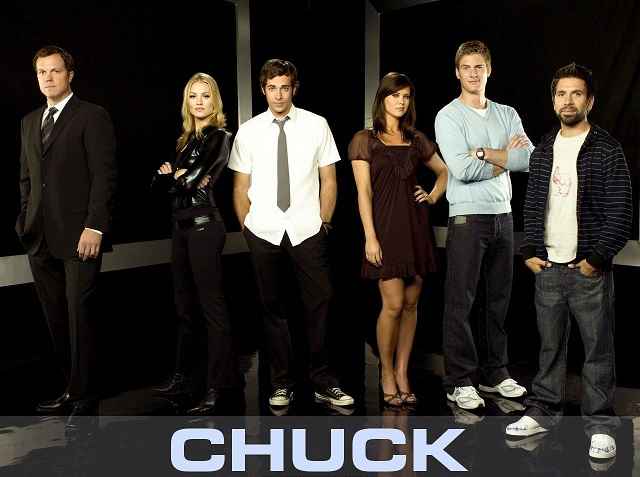 Chuck is a simple geek, working as a tech support guy fir a retail chain. His life takes a turn when secret government information gets downloaded into his brain and he is turned into a spy. Nevertheless, he is still the old geek, but with some added benefits, and when trouble come, he relies on the real spies to help him out. 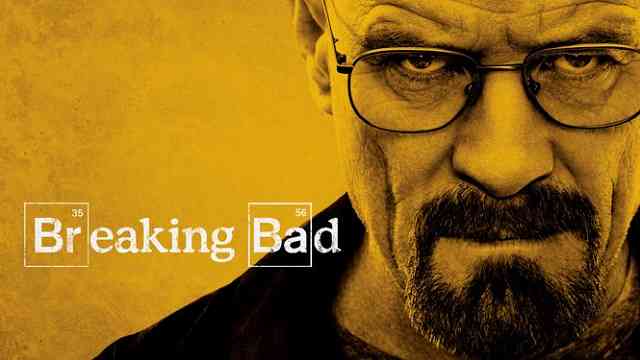 After receiving the news that he has terminal lung cancer, extremely overqualified professor of chemistry at a local high school, Walter White, puts his skills to work and creates the world’s best crystal meth. However, the life of a drug cook/dealer is not easy, and there are lots of competitors. 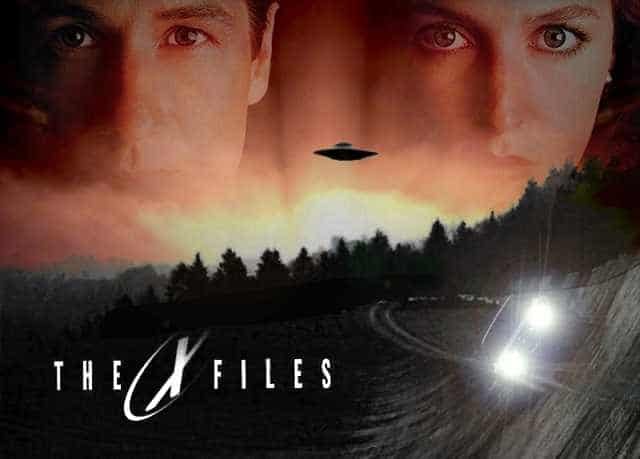 Two FBI Agents, Fox Mulder, the believer, and Dana Scully, the skeptic, are investigating a series of unexplained phenomenon. In their adventures, they come across countless entities and bizarre apparitions, each weirder than the other. 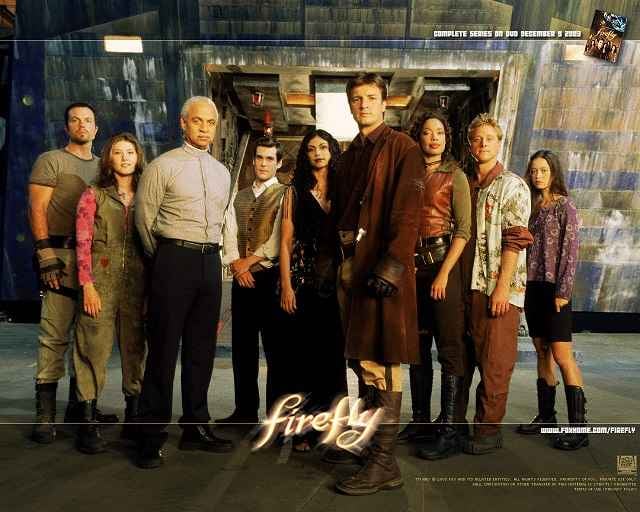 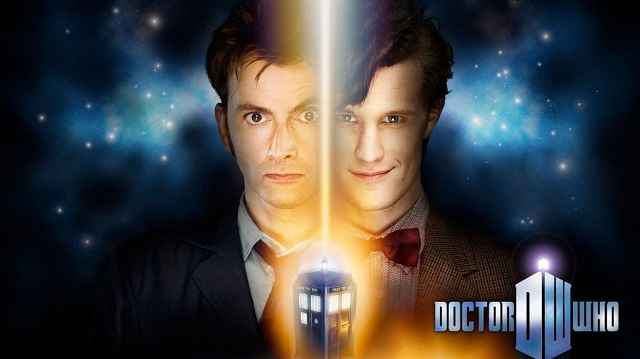 Doctor Who is a genius scientist who is traveling through time in his TARDIS, a device that is larger on the inside than it is on the outside. His adventures takes us from the very beginning of time and all the way to…a new beginning of time. 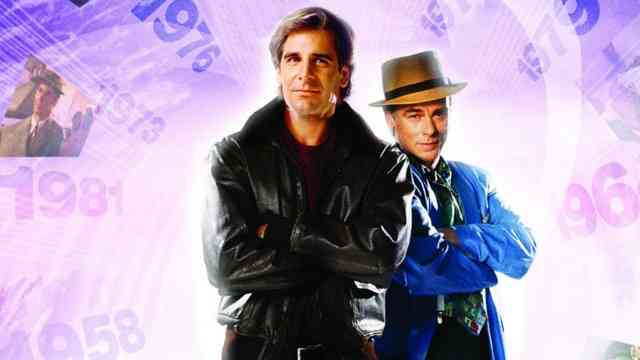 Doctor Sam Beckett has an idea: to invent time travel, and he would not stop at anything to succeed. However, when his funding was gone, the only choice he had was to test his machine on himself. He entered it and when he woke up, he was in a different body, in a different time. Now he tries to find his way back. 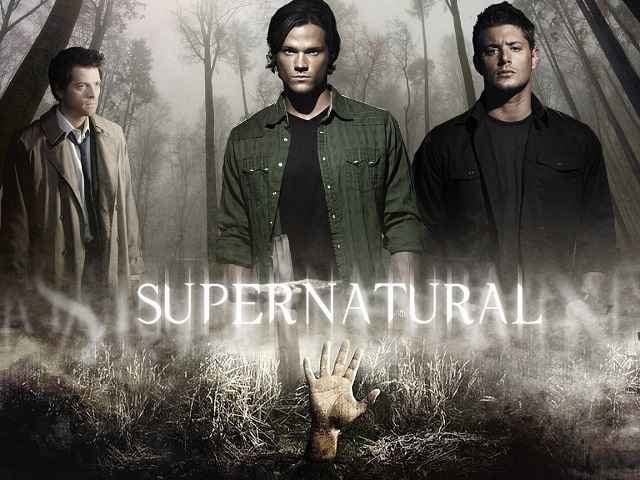 Sam and Dean Winchester are two brothers who battle the forces of evil in order to keep mankind safe. They are hunters and their prey are supernatural beings that have of a habit of eating humans. Demons, angels and pretty much everything in between are part of this world, and its salvation lies with the Winchester brothers and others like them. 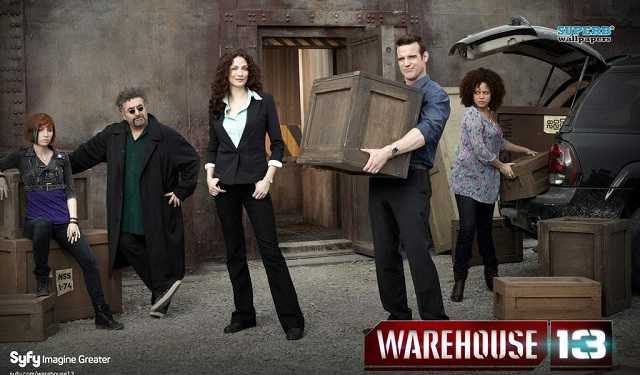 Two U.S Secret Service agents are investigating strange objects in South Dakota. They find out that these objects are supernatural and that they are kept by an organization, called Regents, which operates outside the government. 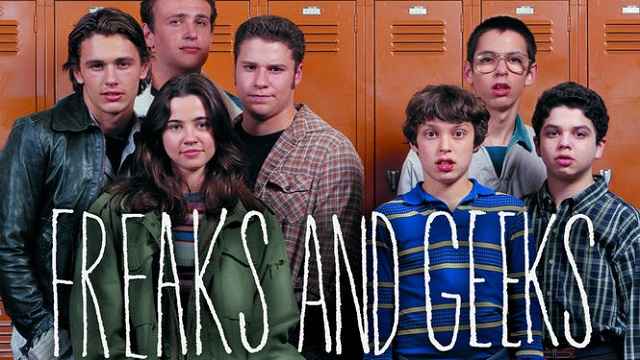 It’s the 1980s and things were different back then. At McKinley High there are two main groups, the Freaks, who are the cool kids, and the Geeks, who are subjected to bullying and are considered outcasts. The show follows their lives, as they battle with the dangers of youth: drugs and drinking, among others. 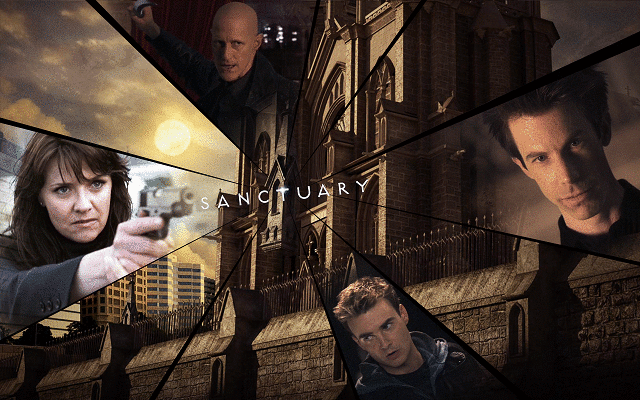 Mutants are walking among us. They look just like regular humans, but they have powers beyond our understanding. Dr. Helen Magnus is the head of the Sanctuary network, a place where these special people can be safe. And when Dr. Will Zimmerman comes into contact with this world, his life changes in more ways than one. 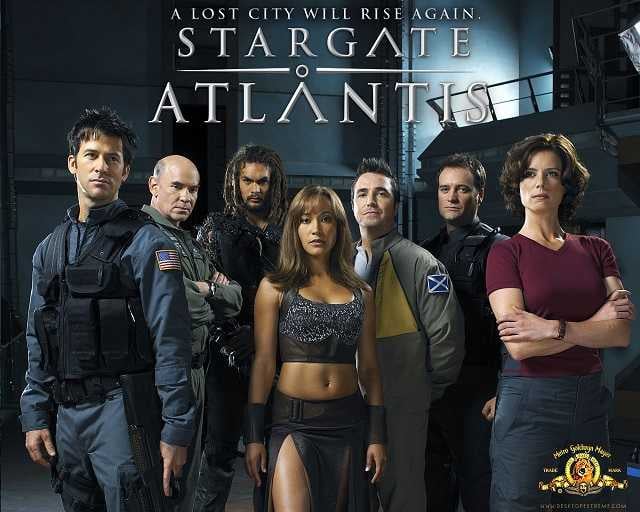 Stargates are ancient devices that allow people to open Wormholes to pretty much any place in the Universe. These portals come with the possibility for Universal exploration and dangers beyond comprehension. A military team is sent to explore the Stargate’s secrets. 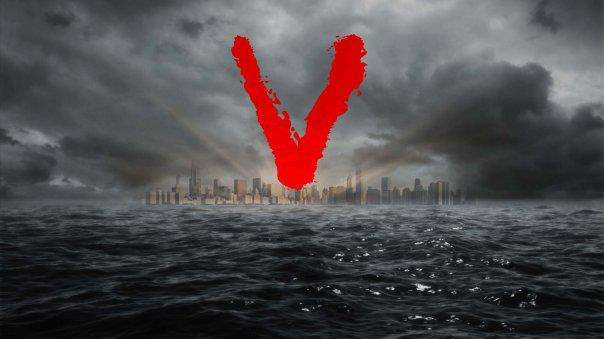 Alien ships come to Earth. At first, they seem peaceful and they are willing to share their technologies with us, but this only on the surface. Their true agenda is hidden and it is up to the Resistance to show the world what the aliens are really after. 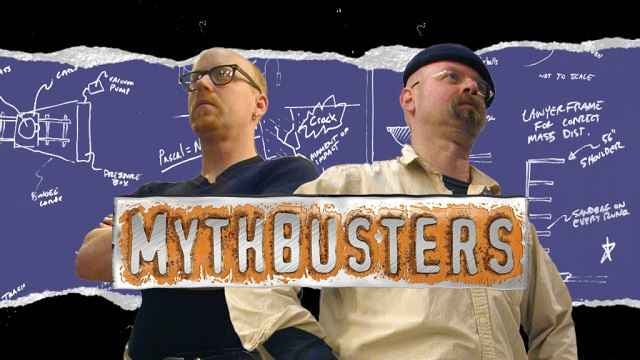 This Discovery Channel documentary has lots of fans around the world. The hosts, Adam Savage and Jamie Hyneman set out to bust all the urban myths they can find. The show is both funny and educations, which is the best combination possible. 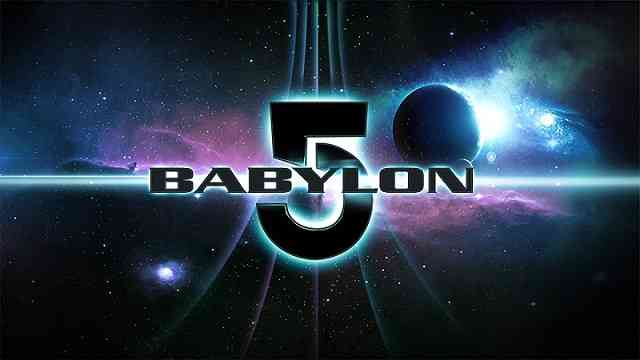 In the year 2258, after the Earth-Minbari War, Commander Sinclair is the commanding officer of an spaceship that is orbiting a neutral planet. However, tensions are high at the fringes of the giant galactic empires and keeping the peace is harder, especially when they have to consider the interstellar commerce. 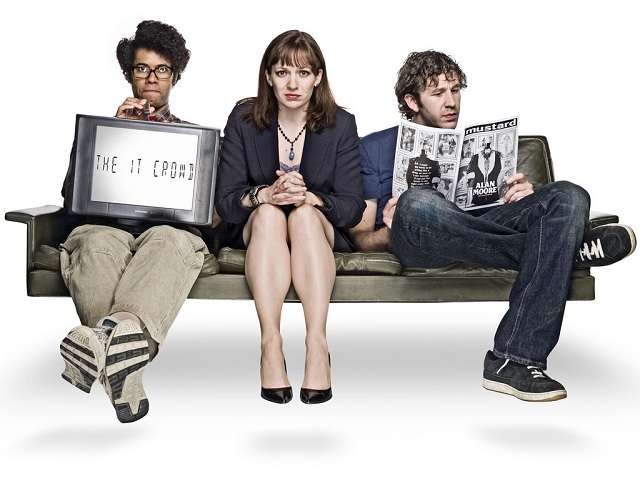 Moss and Roy are two very talented IT specialists who work for a big corporation. They provide tech support and their employer, at Reynholm Industries is not at all tech savvy, so they have a hard time at work. Nevertheless, their adventures at their workplace are very amusing. 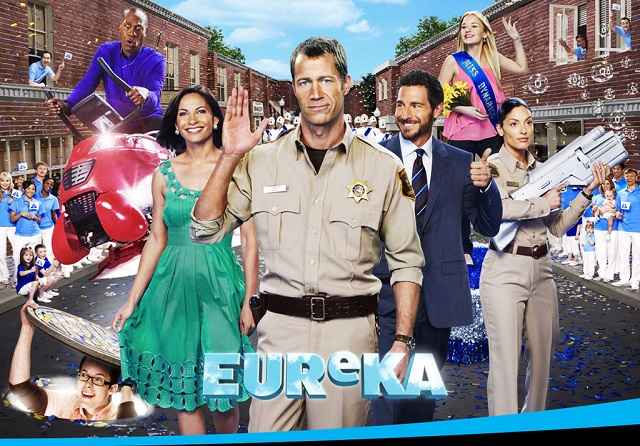 Jack Carter is a US Marshall and a pretty ordinary individual. Things take a turn when he enters a town called Eureka where the world’s best minds have created a utopia for scientists. He becomes Sheriff of Eureka and has to keep things running smooth, even when the science experiments go out of hand. 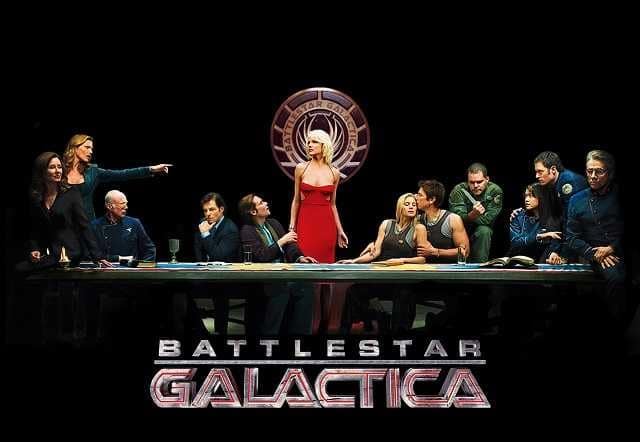 Battlestar Galactica is a series that has won the hearts of the people time and time again. The different adventures that each tv show has kept users in front of the TVs like nothing else. Even after so much time, fans are still watching it. 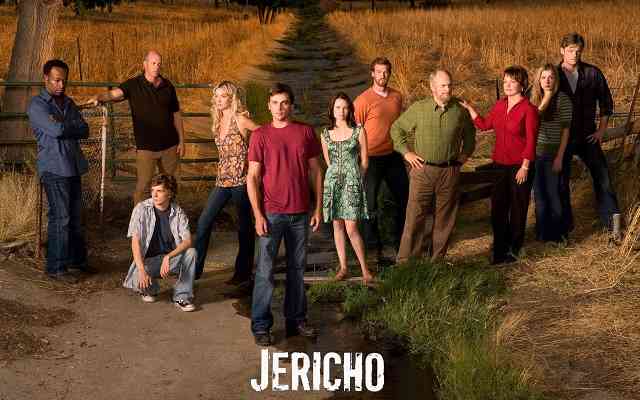 After seeing a mushroom cloud nearby, the people living in a small town in Kansas are left in the dark, wondering what has happened. Everyday life becomes a fight for survival and they have few answers about what caused the explosion and how to survive. 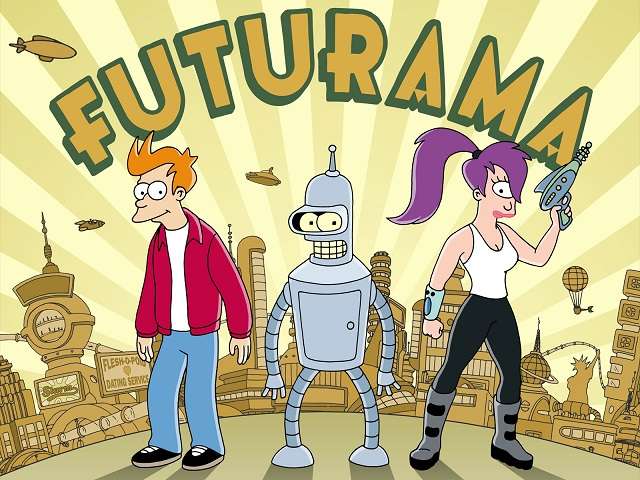 Futurama is an animated series, in which the action takes place in the future. A pizza delivery guy, Philip J. Fry, who is not happy with his job is frozen in capsule for 1000 years and is woken up to find that the world has changed in a dramatic way. He is assigned a job in package delivery for his last living relative. 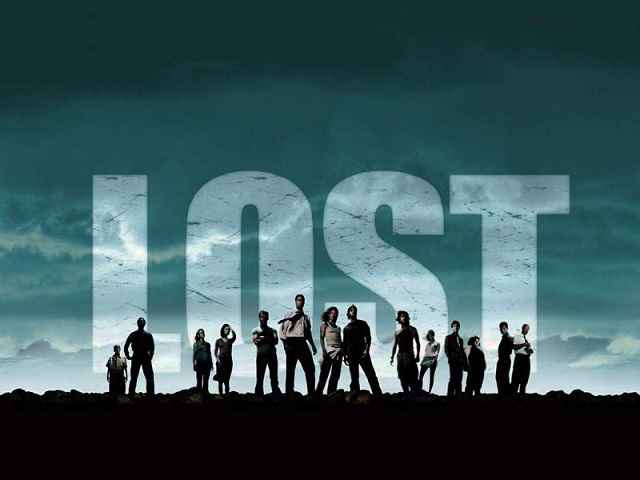 After getting stranded on a deserted island, the survivors of the plane crash are trying to stay alive and wait for rescue. When they realize that no one is coming, they start exploring the island, but things start turning for the worst, as they discover that the island is not normal and strange things are happening all the time. 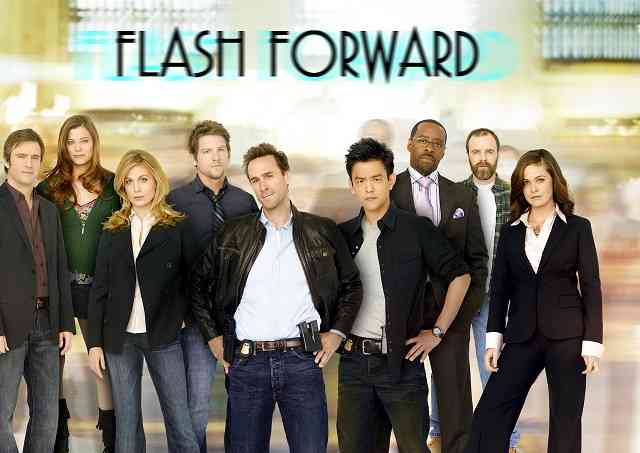 Everyone on Earth has blacked out for 2.17 minutes and saw visions of the future. Now, a special task force of the FBI is charged to investigate the incident and figure out what it all means. They have to put the puzzle together to see what the future holds. 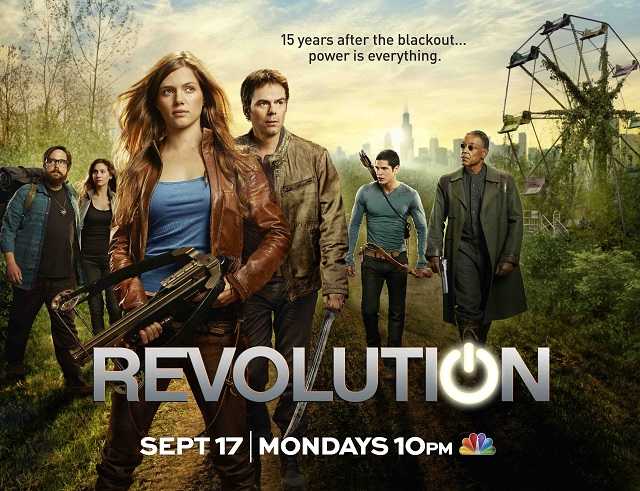 A mysterious event caused all the world’s electricity to disappear. Nothing electric is working any more and all over the world, Militias and Dictators have seized control. The Resistance is trying to get things back to normal, but the odds are stacked against them. 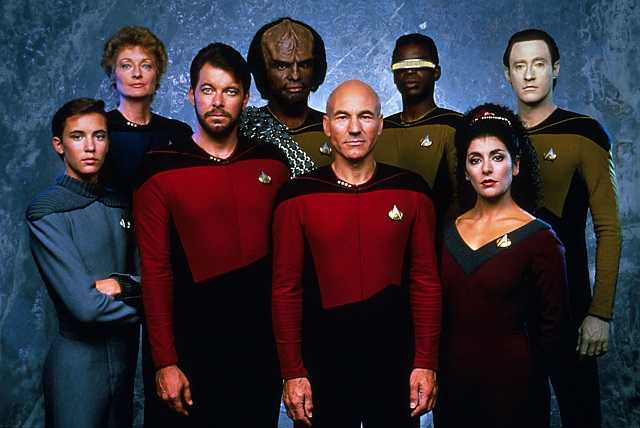 On the board of the star-ship Enterprise, Captain James T. Kirk and his crew are constantly getting in adventures that take place all around the Universe. They have ventured where no man has gone before: Space, the final frontier. 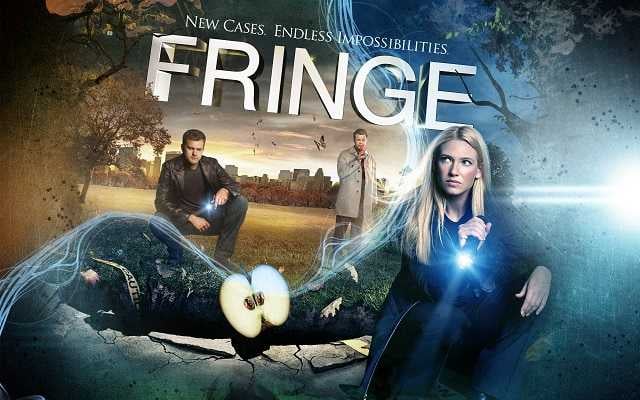 The FBI’s Fringe Division is in charge of investigating strange phenomenon in the city of Boston. The team is lead by Special Agent Olivia Dunham and one of the best scientist that ever lived, Walter Bishop, who was working on top secret projects that were considered science fiction.

Of course, there are other very popular TV series that you might consider geek-material, and the choice depends on everyone’s taste in cinematography. Even so, we feel like they deserve a mention on this list.

How to Download Netflix Movies and Shows on Any Platform…