We’ve been covering WWDC events for over four years now, but can safely say that WWDC 2013 will be highly significant for the future of iOS than it has ever been before. Apple has been consistently losing the market share to Android, for more reasons than just pricing. Less than 7 months after entrusting with the future of iOS design, Jony Ive will be unveiling the iOS 7 at Moscone West in San Fransisco later today.

Unlike previous years, we don’t know much about what Apple & Tim Cook will be announcing at WWDC 2013 keynote today, which starts at 10am PT. Renowned Apple blogger, John Gruber thinks this is because of Time Cook’s promise of doubling down on secrecy of the products. For now, the new flatter design for iOS 7 is almost certain and possibly a new version of OS X might be announced as well. Other expectations include new Macbooks and better iCloud. 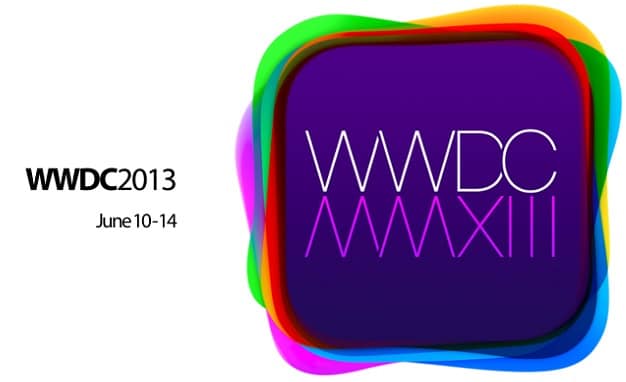 If you are keen to get hold of the happenings at WWDC 2013, below are some live blogging links, which promises minute by minute updates of the keynote, which starts at 10am sharp. Click here to know the start time in your timezone.

We need to get this one thing right. Apple has never live streamed their WWDC keynotes before and saying that the chances are bleak this time around will be an understatement. Yes they have live streamed couple of their other launch events in the past, but not the WWDC. The thing is WWDC is a developer event and those developers have PAID to attend it. So Apple might not like to spoil the exclusivity associated with WWDC. But we can still hope though. You can keep a tab on these links. [Update: Scroll to the end for the good news]

1. Watch WWDC 2013 online – If not anything, be sure to find the recorded video of the keynote over here.

Over the last couple of years we have seen some daring developers who tried to live stream WWDC keynote but ended up getting caught by the Apple police and eventually got evicted. Let us see if we manage to find similar souls this time as well. Be sure to check this page for updates just before the event starts on June 10th.

I admit I was stumped by Apple this time. Apple has decided to live stream the WWDC 2013 keynote directly to Apple TV, courtesy an updated WWDC app for Apple TV. We aren’t sure if the WWDC live stream will be made available on iPhone/iPad/Mac, but don’t be surprised if they restrict it to Apple TV alone. Bookmark and visit back this page just before the keynote to get additional details.

Update 2: Just received a press release from Apple and they confirm that WWDC 2013 keynote will be live streamed on iPhone, iPad, iPad mini and iPod touch via Safari on iOS 4.2. If you are using Mac OS X 10.6 or later, you can catch the keynote live from Safari 4. Visit apple.com to catch the live stream!

10 Best Twitter Bots You Should Follow in 2022
List of all Privacy and Security Features Announced at WWDC…
Apple Schedules WWDC 2020 Virtually Starting June 22
WWDC 2020: Is the phone finally going to be THE computer?
Realme Watch S and Watch S Pro with heart-rate and SpO2…
How to Watch IPL 2021 Online in India, US, UK, Australia and…