When smartwatches were brought into the scene, no decent mind could have taken any variant into seriously consideration. Nowadays, with products like Kreyos Metoer, Pebble and even Sony’s second generation SmartWatch, we can clearly say that things have been put into motion and these devices can truly boost and help our life. While it’s still early to place a judgment, we’re going to weigh the advantages and disadvantages of each of these three intelligent watches and hopefully, give interested buyers an idea on what to purchase in the near future.

With two out of three products being born from individual fund-raising schemes, while the other is produced by a major company, we dare to say that innovation is in the hands of the people. Until now, Pebble has risen a great deal of interest from buyers and media alike, while Kreyos is the latest kid in the block, managing to fully fund itself in less than a day. The last one, Sony’s second edition of the SmartWatch, is said to be a boosting incremental update of a watch which failed to make a proper splash in the past.  But which one is most suited for you?

In the wait for Apple’s iWatch, which is said to shake the market as we know it, an ingenious idea by the name of Kreyos Meteor was born. Besides being elegant and funky at the same time, Meteor is built using a waterproof body and comes with voice and gesture recognition abilities. Pairing that with a microphone and speaker means that future owners will have the ability of controlling the smartphone through this watch, just by using voice commands.

Inspired by the Star Trek era, where members of the famous crew used their watch in multiple tasks, Kreyos Meteor can pair with your intelligent handset and answer or initiate phone calls, change music, respond to text messages and even post on social media networks. Notifications, alarms and certain applications are also supported, but a big plus is given to Apple owners, where the watch can be used to activate Siri remotely.

Besides that, Kreyos comes with a wide range of internal sensors that are able to detect a set of four different wrist motions, which can be customized by the owner. Add to that a special phone locating function which allows owners to track their stolen / lost smartphone and we’ve got ourselves a winner.

Another beautiful side of Kreyos is the ability to further customize its appearance, through the use of several accessories including watchbands, belt clips and the neck-friendly LanYard. Moreover, each and every model can be delivered in several colors, including pink, white, black, blue and lime.

And the best part? Kreyos Meteor is also your fitness tracker. It is perfectly suited for tracking your fitness goals and accomplishments thanks to its activity trackers that can count your steps, burnt calories, distance and much more. 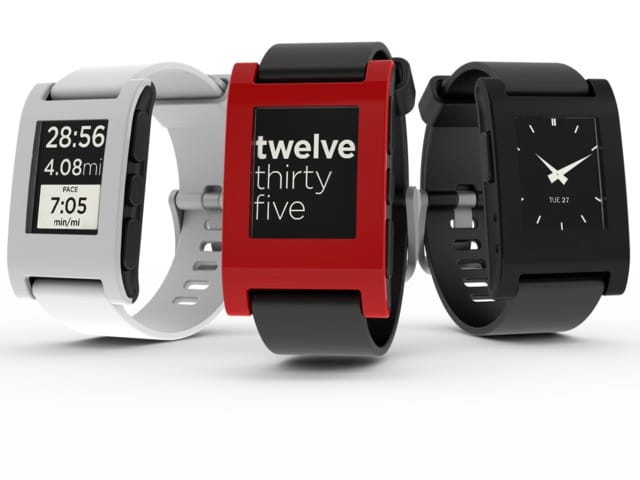 Pebble is a highly customizable Smartwatch aimed at Android and iOS users which, like Ouya, prefers to give indie developers the power of writing innovative and attractive content, instead of limiting access. Coming in white, black, red, orange and grey, the watch has a long-lasting battery, an e-ink display that shows a watch face all the time and a backlight (paired to the accelerometer) to view the display at night.

Like Meteor above, Pebble is rated at 5 ATM, meaning it can survive both fresh and saltwater at decent depths, but hot water is not supported. Speaking of the display, the watch comes with a scratch and shatter resistant lens with an anti-glare optical coating that should fare well against daily shocks.

Using Bluetooth 4 to connect to an adjacent smartphone, Pebble leeches around five to ten per cent of the host’s battery but only because the handset needs an always-on Bluetooth antenna. As mentioned above, the watch comes with an individual unit which can be recharged through an UBS port.

Out of the KickStarter campaign which brought the project around ten times more funds than initially asked, Pebble can be described as being infinitely customizable, with lots of watch faces and useful internet-connected apps. Speaking of apps, the watch can take control of the GPS sensor of your smartphone and display fitness-related information while riding the bike or hiking. Golfers can also find their peace with Pebble, as a rangefinder suite is available.

Unlike Meteor, Pebble only supports a limited range of hand gestures that can be interpreted as direct actions. One of them is dismissing notifications (incoming calls, emails, calendar alerts, weather, alarms and social media) with a shake of the hand. Moreover, in this set of notifications, Android owners can receive SMSs right on the screen, a feature yet to be implemented for iOS.

A big advantage of this model is the ability to code your way into new features. For instance, notifications can further more be expanded through various wide-known services that permit manual tweaking, like ifttt.com. Developers can also play with the SDK to extend the purpose of the watch by using simple Arduino-based strings and C structures. Everything created can be uploaded through Bluetooth. 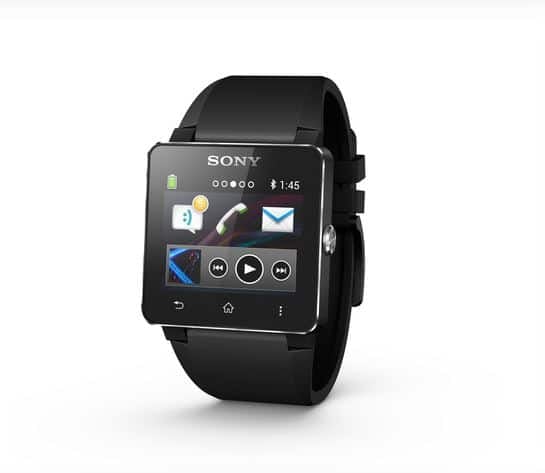 One of the very first companies to bring a smartwatch to market, Sony, has recently outed another generation of the SmartWatch, this time with even more stylish looks and extended functionality. This Android-companion maintains the essence of the previous model but adds NFC for one-touch pairing with a smartphone, a higher-resolution display with better sunlight visibility and improved battery life.

When it comes to applications and user-interface, the Sony SmartWatch 2 is by far the best looking of the three and the project brags to be the most customizable smartwatch on the market. A bold claim, we may say, but Sony does allow regular Android developers to create various types of applications and distribute them right on the market. Moreover, the product already comes with a range of pre-installed applications.

Future owners of the SmartWatch 2 can handle calls right from the smartwatch display, select maps and check routes, read emails and even more. Sony has a big plus in this category as it allows users to take a picture with the phone remotely and control presentations from afar. Moreover, if the watch managed to download some of the emails found on the phone you don’t even require the handset to read them.

When not connected, the SmartWatch 2 acts like any digital watch out there and in that fashion, it can adapt any 24mm wristband and watchstraps. Moreover, the product is IP57 certificated for water and dust resistance and it’s mostly built with high-quality materials.

As with any piece of such, each and every product has its unique parts and benefits. At the end of the day, it remains solely on the user’s choice to pick one and deem it their own. Apart from that, we do have our own take on the matter.

First of all, Sony’s SmartWatch 2 has the advantage of being developed by a powerful company, with a lot of money to support ingenuity. This will definitely be seen in the build quality, the materials used but also in some features. For instance, pairing all three smartphones is done through Bluetooth, but Sony is the only one to support NFC.

Advantages can also be seen in the display part, where SmartWatch 2 boosts the larger and crisper panel, with more vivid colors. Even though the watch for dark environments like the one featured on Pebble, the extra color touch should help. Kreyos Meteor also lacks a light as such. (Edit: Kreyos Meteor does come with a backlight) 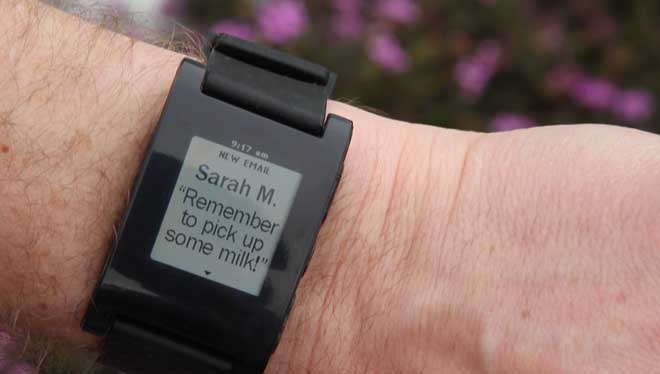 Unfortunately, Sony fails big time when it comes to battery life but unlike smartphones, where you need to have a product with a stamina developed enough to reach the end of the day, three to five days of typical use may not be seen as limited by some customers. On the other hand, the other two competitors, Pebble especially, do seem to benefit by a much longer battery life. Both Pebble and Meteor use Bluetooth 4.0 for pairing which ensures low power consumption on both your watch and smartphone, while Smartwatch 2 has decided to do away with it, possibly because very few phones support Bluetooth 4 as of now.

Water resistance is also something worthy of being discussed. For instance, SmartWatch 2 can only be worn in rainy situations while Meteor and Pebble are rated for 5ATM and can be both taken in shallow dives.

In terms of applications and functionality, all watches promise a lot but deliver short. Sony has a widely-used API which still lacks development at this stage and the range of included applications is rather short. For instance, social media support is listed as “coming soon” and there’s no word on third-party applications.

On the other camp, application development is as opened as it can be, and Meteor claims the hill with a wide range of pre-loaded applications. Like Meteor, Pebble too is providing its SDK for free to the developers, and we are already seeing utility apps being churned out every day. But, this is only the start of the race and even though Sony has limited its product only to Android, it has the bigger chance of drawing developers and the strongest potential when it comes to creating apps, only if they decide to go big on this.

Charging is another sensitive subject, as the only one compatible with a generic microUSB cable is Sony. Pebble has its own technology and Meteor as well, but the last one can still be considered practical as the far end is a plain, regular USB port. 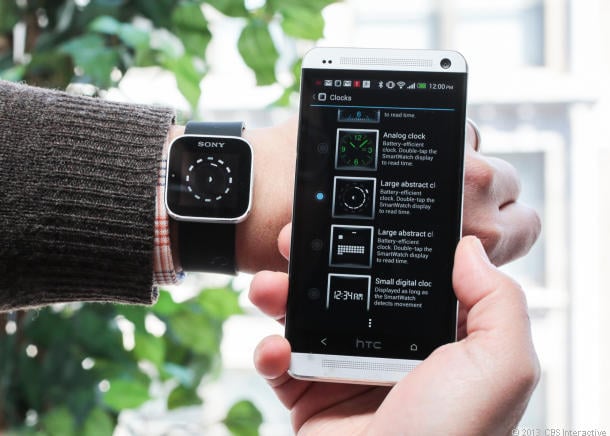 A huge advantage in this race is claimed by KREYOS Meteor, which is the only product of the three that supports a range of voice and gesture controls. Besides that, the product can remotely activate Apple’s charismatic assistant, Siri, and if this feature is ported for Android as well, it would be great. And not to forget, the fitness tracking capability of Kreyos Meteor, which should attract several fitness enthusiasts.

My personal choice would be KREYOS Meteor, for its extended functionality and customization options but also in the hopes that developers would win the race against Sony. Pebble though, is enjoying great support from the developer community till now. By far the most open product of all, its compatibility with iOS and Android alike should win the hearts of both camps. Kreyos wins big by supporting WP8 devices as well, which neither Sony nor Pebble intend to support in the near future. I cannot abstain by saying the company still has a long way to go, but at this stage, when Google and Apple are yet to be involved, choosing KREYOS would be the most reasonable option. And the most affordable.

Was this article helpful?
YesNo
TechPP is supported by our audience. We may earn affiliate commissions from buying links on this site.
Read Next
Titan Talk Smartwatch Review: Let’s Talk About It!
#Kickstarter #Pebble #Smartwatch #Sony