It’s here – another rumor so hot that we couldn’t ignore it. And now that we’re at it, we’re trying not to get our hands burnt. Chances are that by now, you already know more or less what the iWatch is all about. To put it shortly – it’s Apple’s possible idea of a smart watch that you could wear on your wrist and it would display notifications from your iPhone, most likely. But this is just hearsay, and nobody’s 100% sure how will the iWatch look like and what it will do.

However, given the fact that Apple didn’t double down on secrecy, as Tim Cook said they would be, we need to treat some rumors with seriousity. The Wall Street Journal has recently reported that Apple is currently testing with its production partners a watch-like device, according to people familiar with the matter. And this was enough to start the rumor mill. Opinions, facts, speculations, assumptions – all of this has probably puzzled some readers. To make it easier for everybody, let’s have a look at top 9 things you really need to know about Apple’s secret weapon – the iWatch. 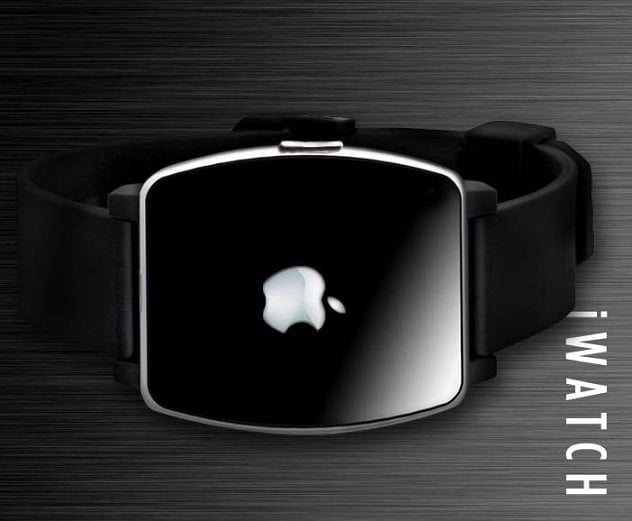 In a recent piece, we’ve been discussing the idea that the iPhone is slowly losing its supremacy. And we’re not even talking about current sales numbers. Actually, the latest financial quarter  has been very, very good for Apple. Yet, its shares have fell down as a result of investor’s lack of faith. To put it in plain English – the are too many appealing handsets in the Android army that are eating away iPhone’s share.

And when it comes to the iPad – it’s the same story; the global share of the iPad, even if it’s very strong, is slowly decreasing. An iWatch, along with an Apple TV, could increase Apple’s shares and offer an additional revenue by $80 billion. 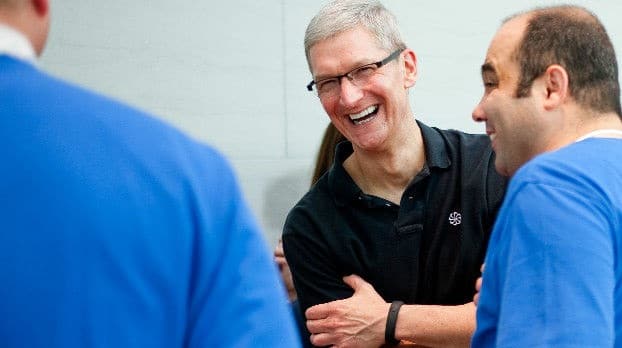 We’re not sure right how much of an impact does Tim Cook have on Apple’s future products, but if his influence is nearing the level of the one Steve Jobs had, then maybe the actual CEO does have the power to dictate what path Apple should walk on. Tim Cook is obviously interested in wearable computing. He has been seen several times with the Nike FuelBand on his wrist, so that should speak for his interests. Actually, he did have it on him at the unveil of the iPad Mini. Could have that been a small hint to what’s coming?

Tim Cook isn’t the single one at the helm of Apple who’s interested in the reality of an iWatch. Bob Mansfield, who is Apple’s senior vice president of technologies, is also known to have a passion for wearable computing, as NY Times informs us. So, I guess, the leading folks at Apple won’t have anything against an iWatch?

3. The moment is now

The moment is perfect for an iWatch from Apple. Just think about how successful the Pebble smart watch is. Actually, maybe even this was one of the reasons that convinced Apple an iWatch isn’t such a bad idea. A recent article on CNN says that the guys behind Pebble aren’t afraid of the iWatch and that this is actually a good thing for them.

The more people are looking at smart watches, the more they might look at Pebble

And perhaps Apple could do to the young smart watch market what it has done with the iPhone to the smartphone market – to actually start it and offer a final, compromise-free product. The smartphone is already a thing of the past for many, people are ready to step further and Apple might be there to guide us.

4. The technology is ready

Obviously, if this smart watch from Apple were to become reality, it would probably need the curved display technology. They can do without that, but I don’t really think Apple won’t use the already available technology out there. And it’s coming from some of their partners – Corning has finalized the work on the Willow Glass, which should allow Apple to create a bendable screen. Pete Bocko, chief technology officer for Corning Glass Technologies:

You can certainly make it wrap around a cylindrical object and that could be someone’s wrist. Right now, if I tried to make something that looked like a watch, that could be done using this flexible glass.

The Willow Glass is said to be the fruit of a 10 years research process which is a lot. Who knows what will scientists make with the graphene 10 years from now. However, Corning officials agree that it’s a challenge to create a product that will resist to unpredictable body movements. Maybe Apple has the key here.

5. It could be a super smart watch 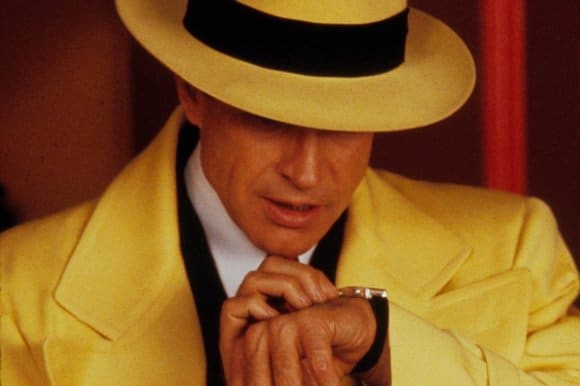 Most smart watches today are great and useful, but most of them act only as notification informers or as “modern pagers”. You can see pictures and even videos on some and others act as little tech wonders for sport afficionados. More advanced smart watches can display emails, and messages from social networks. You can also set calendar alerts, see how’s the wheather like and so on. Apple could release the iWatch with all this and something more…

Well, what could be greater than being able to SPEAK with your smart watch, right? And I’m super excited while writing this, honestly, as much as I wouldn’t want to be subjective when it comes to Apple. If Siri gets super smart, wouldn’t you like her to be the voice of your smart watch? Wouldn’t you like to ask – “Siri, how much have I ran so far?”, and she’d say “Radu, the distance is 1.3 miles. Aren’t you getting tired?”. Doesn’t this sound like a love story? Add to this Apple’s love for that awesome feeling when you get when you keep their products in your palm and voila – the super smart watch.

6. Apple needs to catch up Google

Lately, we’ve seen Apple adopt a different strategy – expand its portfolio of products. It has done so, obviously, to counter-attack the movement from the Android army, and not only. The 128 GB iPad, for example, is seen by some as a reply to Microsoft’s Surface Pro tablet. When talking about innovation, currently, Apple isn’t a match for Google. Apple need to goes beyound what they are doing now and the iWatch is a good occasion to show that they’re capable of doing that.

Google has the smart glasses and the driverless car – both are products of the future. We know that Steve Jobs dreamt of the day when Apple will build cars, but does Apple really look like such a company right now? Not quite. That’s why they need to start creating different  products, if they don’t want to be a company that makes only smartphones and tablets. They can start with the iWatch, continue with the iTV and maybe end up with the iCar.

7. Go out of the ecosystem

There is a chance that Apple could launch the iWatch and offer it as an accessory for other Android devices. It sounds crazy, I know, but imagine the impact it could have if Apple makes this move. It’s highly unlikely for this to happen, but it would be awesome to see Apple make peace with Google in such a nice way, right? Apple’s share on a global scale is decreasing year by year, so maybe they should just stop fighting and make peace in terms that still favor them.

8. Make the iWatch a money maker 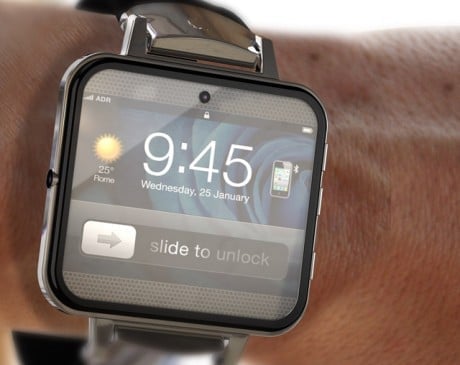 Selling the iWatch as an addition to Android smartphones would allow Apple to cash in from a lot of sales, but it won’t cash in more than the profit margin would allow them to do. That’s why, as Adrian with Zdnet rightfully observes, the iWatch could become another product that would allow Apple to sell a lot of digital goods. The iPhone consumers already spend a lot on their bills, so it’s obvious that they behaviour won’t change with the iWatch.

But how could Apple pull this off? By connecting the iWatch to the iCloud, iOS and even OS X. You won’t be able to do too many things because of it’s small screen, but if it will be able to deliver notifications from your iPhone, iPad and even Mac, wouldn’t you like to know everything that’s happening?

9. Where it could fail 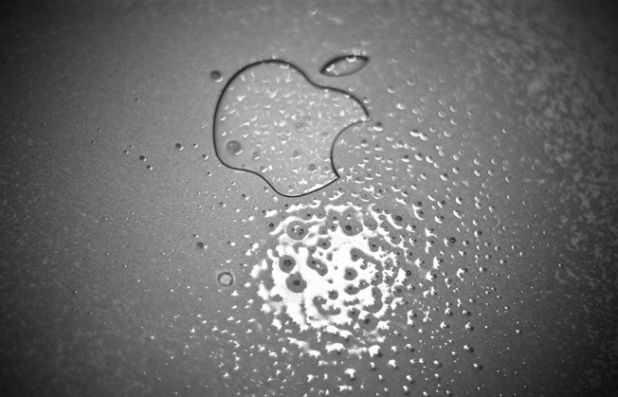 There are many things to be said here, but I’ll enlist only the most obvious ones. After all, we’re discussing about a product that we don’t know for sure if it will hit the market or not. So, saying it will fail without knowing how it would look like is a bit of non-sense, therefore, these points are valid only if Apple doesn’t release a gorgeous product:

To those of you that got really bored about the iWatch (or excited), here’s a witty comic on the subject. For those that got excited, I really recommend this extensive article from Apple’s #66 employee – Bruce Tognazzini. 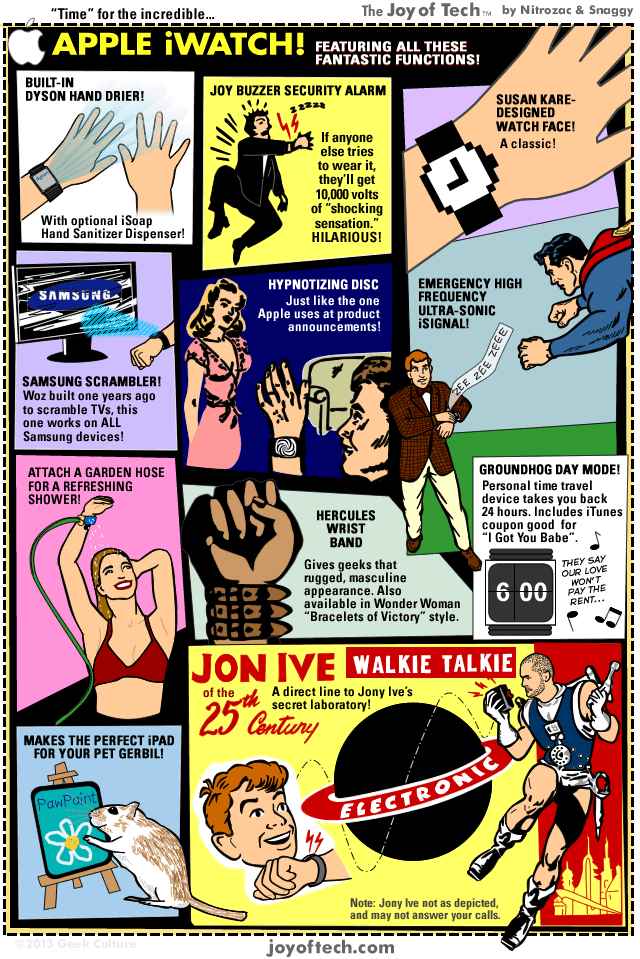 Was this article helpful?
YesNo
TechPP is supported by our audience. We may earn affiliate commissions from buying links on this site.
Read Next
Apple Close to Something Greater than the Mac, iPod or iPhone
#apple #editorial #wearable