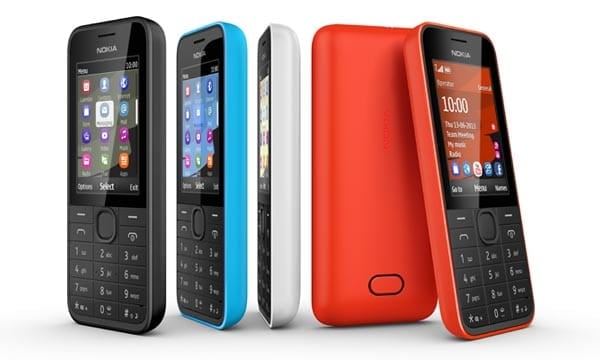 For many people, Nokia is the cellphone company that provides cheap and reliable phones without having to make compromises in quality. We have seen at the MWC event in Barcelona the 105 and 301 Nokia models, which are also aimed at emerging markets. But be it as it may, I’m sure there are enough folks in developed countries and not only that will think of buying this type of phones as a back-up solution.

Now, Nokia has announced the 207 and 208 models and a Nokia 208 dual-SIM model. All phones come at the same pricepoint – $68 (around Rs 4,000). They have the same candybar design that we are acquainted with in feature phones. The 207 model is almost identical with the 208 one. An appealing factor is definitely represented by Nokia’s already well-known color palette (red, cyan, yellow, white and black color).

Nokia stresses out in its announcement that the phones come with 3.5G and not 3G as probably most websites have mentioned. What you should know is that 3.5G is a slight advance from 3G, but not something big, and as some might say, it’s actually a marketing technique. We’ll let the first reviewers of these cheap, yet sturdy phones pass on the judgment.

These two models (or three, if you consider the dual-SIM a separate one) come with quite satisfying features for those looking for a secondary phone in case of emergency and even for those that want to get Internet access. With Nokia 207 and 208, you have access to popular social apps (Facebook, Twitter, WhatsApp) and such useful productivity features like Mail for Exchange and the Transfer app. 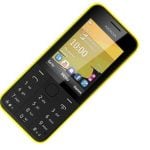 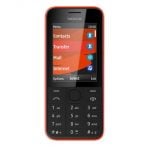 Let’s have a look at other basic specifications the phones come with:

A special attention should be given to the fact that Nokia has embedded the Internet sharing feature inside this tiny phones, which means you will be able to use them as modems. You will connect them to your laptop with an USB cable and you’ll be able to use the phone’s internet connectivity. Timo Toikkanen, executive vice president at Mobile Phones, Nokia:

The Nokia 207 and Nokia 208 are designed for people who like a classic phone and traditional keypad but don’t want to miss out on smartphone experiences, like staying connected to social media and accessing the Internet. As our most affordable 3G devices yet, the Nokia 207 and Nokia 208 offer a perfect balance of performance, features and quality.

Also, the Transfer app will be highly appreciated by those looking to take these phones with them while traveling. Available from the Nokia Store, it will let you sync contacts directly from their smartphones. The Nokia 208 Dual SIM comes with the Easy Swap technology that lets you change you SIM cards without having to turn off the phone. Also, the phones come with the Nokia Xpress Browser which compress pages and delivers fast browsing speeds.

It seems that the Nokia 208 is the more “endowed” model, as it also has a dual-SIM model and some smart camera features like voice-guided self-portrait, sequential shot and panorama mode. If you want to send your pictures to somebody near you with a Bluetooth-enabled device, you can do that easily thanks to the Slam feature. Also, the 207 doesn’t have a camera, but don’t rely too much on Nokia 208’s tiny 1.3 MP sensor.

Both models are expected to start shipping  sometime in the third quarter of 2013 in Europe. No availability yet on other countries. Have a look at the videos below to see how both phones look “for real”.