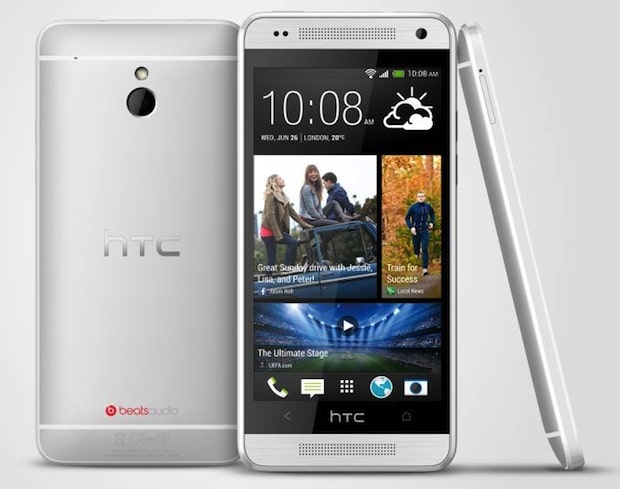 Just a few hours after HTC started teasing the HTC One mini on Twitter, a couple of over-enthusiastic bloggers published the embargoed news of the announcement, which were quickly removed, but not quick enough for our prying eyes! So here we have the full details of the upcoming HTC One mini.

As rumored and leaked before, the HTC One mini runs a Snapdragon 400 processor clocked at 1.4 GHz and 1GB of RAM. It boasts a ‘smaller’ 4.3-inch LCD screen and weighs just 122g. The all aluminum build is very similar to the look and feel of the original HTC One, which won many a hearts, including ours. Other details are as follows. 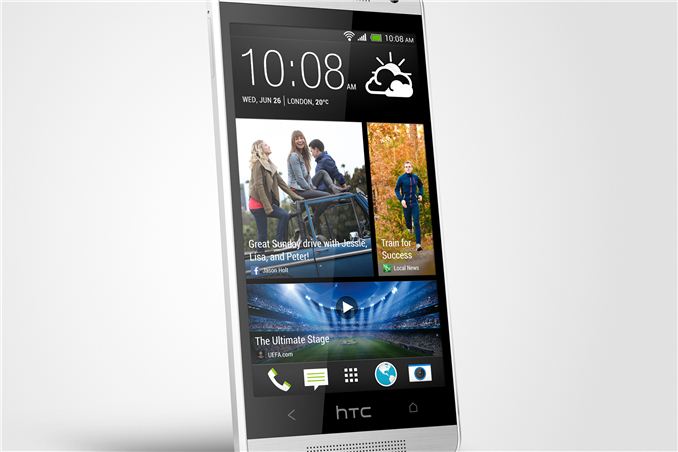 HTC One mini isn’t exactly a miniaturized version of the HTC One. Rather it’s a mid-range, cost-effective version with reduced specs, just like what we saw with Samsung’s Galaxy S4 mini. According to Anandtech, though the design language is the same, One mini carries a little more polycarbonate around the edges. You can see the white plastic wrapping around the edges and next to the bezel in the image above. 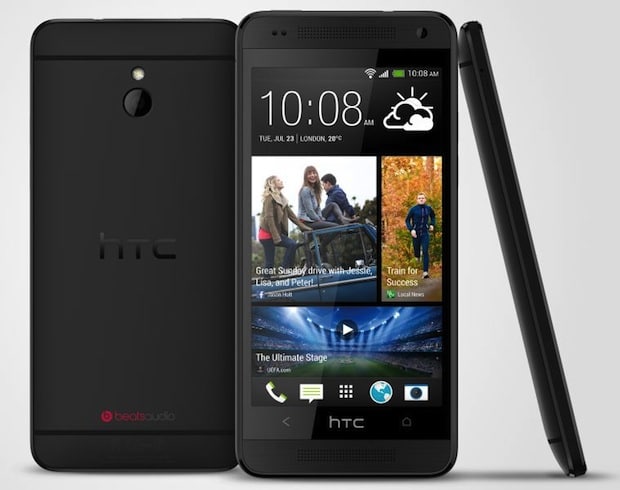 Thankfully, HTC retains the boom sound stereo speaker grill on the front, but the IR blaster goes missing. With 1800 mAh battery, we feel HTC is being a little too conservative. The battery life has been satisfactory on HTC One, but a little push would have done good on the One mini. Moreover, we aren’t sure about the performance as HTC has gone for a cost-effective hardware with One mini, so we reserve the judgment till we get our hands on this little beauty.

HTC One drew a lot of comparison with iPhone 5, thanks to the aluminum unibody, and we had a tough time to convince they both look different. With HTC One mini, the comparisons will be back. At 122 grams, One mini is slightly heavier than iPhone 5 (112 grams), but it has a bigger screen too. There’s no official word on availability, operator partners, or pricing for different markets, but we shall wait for the official announcement due tomorrow. Update: HTC One Mini will not be available in Asia until a ‘later date’. 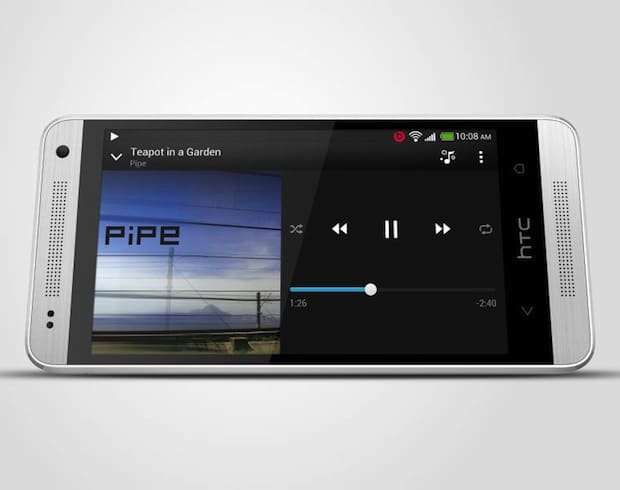 Update: We now have hands-on videos pouring in from across the web. Take a look.

Was this article helpful?
YesNo
TechPP is supported by our audience. We may earn affiliate commissions from buying links on this site.
Read Next
HTC is back after a long time with Wildfire R70 with Helio P23
#HTC #HTC One #HTC One mini