Crazy as it may sound, Canonical’s ambitious Ubuntu OS for mobile is finally starting to take some shape, but with a twist. Ubuntu Edge, the name of the smartphone to power this ambitious project has just gone live on the popular crowdfunding platform, Indiegogo.

Canonical hopes to raise a staggering $32 million of funding from Ubuntu fans and early technology adapters. It’s a fixed funding campaign, which means the project will turn into a reality only if it gets the complete $32 million of funding within 31 days. Considering that the expected delivery date of the smartphone to be May 2014, the project looks more ambitious than realistic. 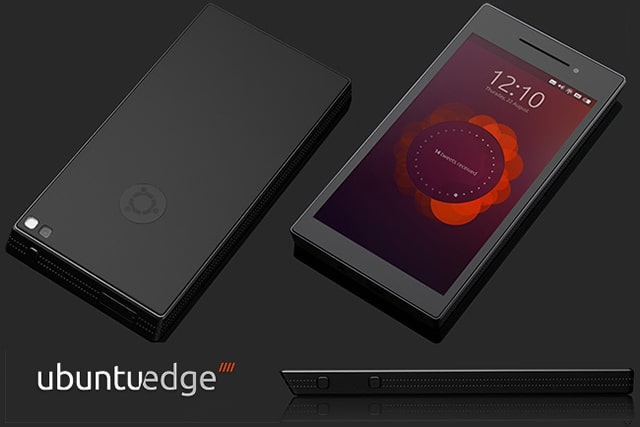 The small description of the project on Indiegogo page says:

“The Ubuntu Edge is the next generation of personal computing: smartphone and desktop PC in one state-of-the-art device.”

Canonical is comparing Ubuntu Edge with the Formula one, saying they both provide commercial testbed for cutting-edge technologies. The renders of the Ubuntu Edge smartphone show a stunning design, but what’s more interesting is the internal specs.

The Ubuntu Edge will dual-boot both the Ubuntu phone OS and Android, and convert into a fully integrated Ubuntu desktop PC. It will be a 4.5-inch 720p (HD) smartphone running a quad-core processor, 4GB of RAM and a mammoth 128GB of internal storage, something we haven’t heard in the smartphone space till day.

Below are the additional details (which can change during the course of the project): 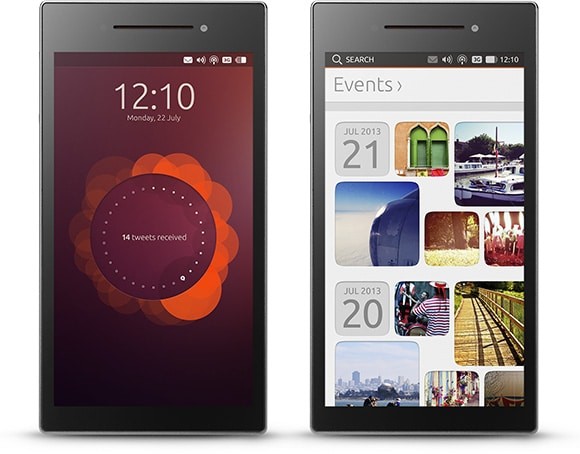 We had seen Ubuntu OS for mobile in action at CES 2013, and we were really impressed what it could do for a pre-beta software running on a Galaxy Nexus. Over time, Canonical has been working harder over the OS trying to focus more on Ubuntu’s ability to be a convergence OS. With Edge, Canonical claims that the smartphone can “be your main PC anywhere.”

The dual-boot configuration is something which should interest many possible backers. Ubuntu Edge will be able to run Android as well. When running Android, the Edge will offer access to Ubuntu through Canonical’s existing Ubuntu for Android app.

Those who haven’t seen Ubuntu OS for mobile in action, check out our video demo during the Consumer Electronics Show in Las Vegas earlier this year.

So, Canonical has to raise more than $1 million a day on an average and needs around 40,000 backers for this project to be successful. As a special offer, those who will be backing the project today, will be able to back the device for $600 (+ $30 if you’re outside US/UK). After 24 hours, the price will jump up to $830. Let’s see if they manage to rake up enough interest, so much so, that at least 40,000 backers shell out at least $600 for a phone whose specifications aren’t finalized and which they won’t be seeing for an year from now.

Update: Within 24 hours of the project going live, it has crossed $3 million funding, a record of sorts on Indiegogo. The $600 special perk is sold out completely (5000 numbers). The greater challenge starts now. Will it be able to keep up the pace?

Update 2: As we expected, momentum slowed down drastically after $600 perk got exhausted, so Canonical is now forced to offer multiple smaller perks ranging from $625 to $725 to keep up the interest level. Clearly, people think $830 is way too much to pay upfront for a device expected to come an year from now.

TechPP is supported by our audience. We may earn affiliate commissions from buying links on this site.
Read Next
Igloohome Smart Padlock Review: Convenience is Key!
#Indiegogo #Ubuntu #Ubuntu Edge