Let’s face it; the stock media player of Microsoft Windows operating system has become completely obsolete. Well, to be honest, it never had large fan following, and when free and better players like VLC and K-Lite came into the picture, whatever fans it had soon ditched it. Last week we discussed how to make Internet Explorer a better web-browser, now is the turn of Windows Media Player. 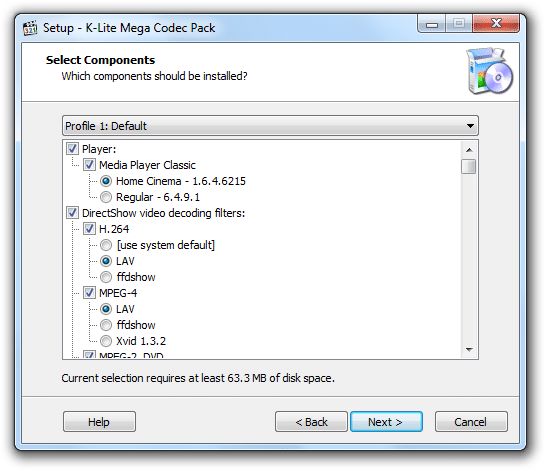 It is surprising that Microsoft hasn’t provided enough codecs to its media player. As a result, Windows Media Player can only play a handful of multimedia files. To expand its codec library and be able to run all the new and popular file formats, you are required to install tons of codecs. But since Microsoft doesn’t provide those codecs you need to look elsewhere. There are many 3rd party codecs packs available, but K-Lite Mega Codec Pack stands tall amongst all. Once you have installed it, Windows Media Player will automatically start supporting all file formats.

If you own an iPod, and use Windows Media Player, turns out there is a way to sync them together. Although Apple has put enough encryption, a plug-in named MGTEK dopisp makes it possible for Windows Media Player to recognize your iPod (and vice-versa). You can sync MP3 and MPEG4 files with the help of this plug-in. The plug-in isn’t free, though. You need to pay US$19.95 to buy its license, but there is a 30 days free trial which you can look into. 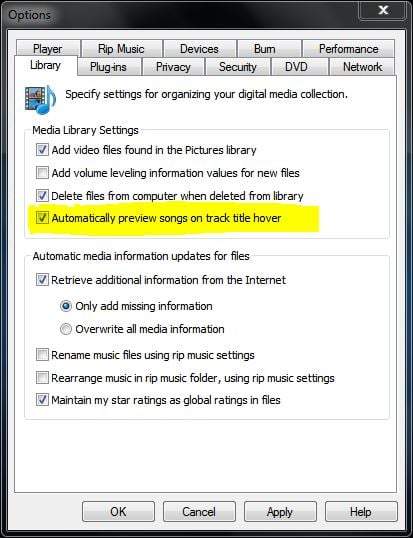 As your music library grows, it becomes extremely tough to figure which track is which. And if you are not in a mood to click on each track, there is a smarter way to deal with it. You can enable song previews, and it will play the tracks as you hover your mouse over them. To enable this feature, go to Tools (press ‘Alt’ key to see options), click on options. Go to the Library tab and tick on the checkbox which says “Automatically preview songs on track title hover”.

Windows Media Player lets you stream radio, but finding where this options are is somewhat puzzling. To turn Internet Radio on, first you need to switch to Library view, and click on Media Guide. It will technically open the built-in browser of Windows Media Player. Once the page has loaded, click on “Internet Radio” pane from the top. You can then sort it by genre and language. 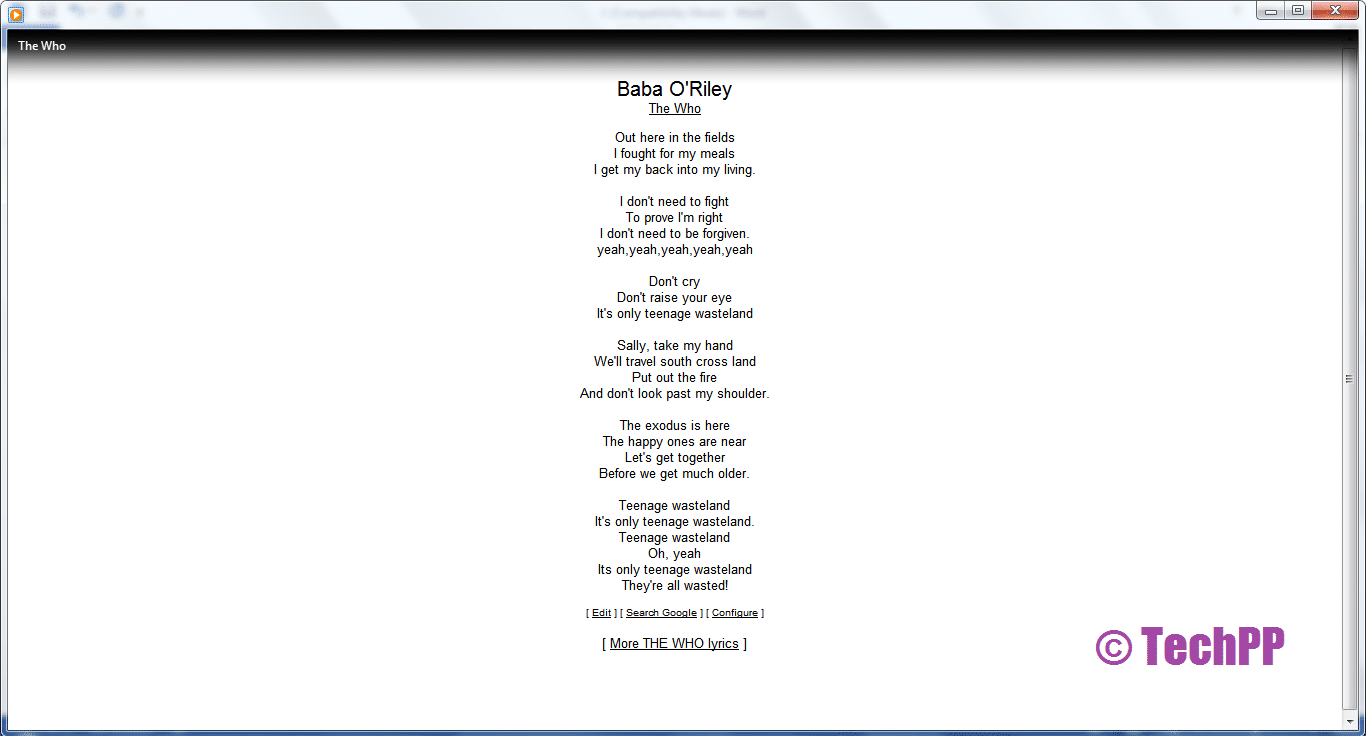 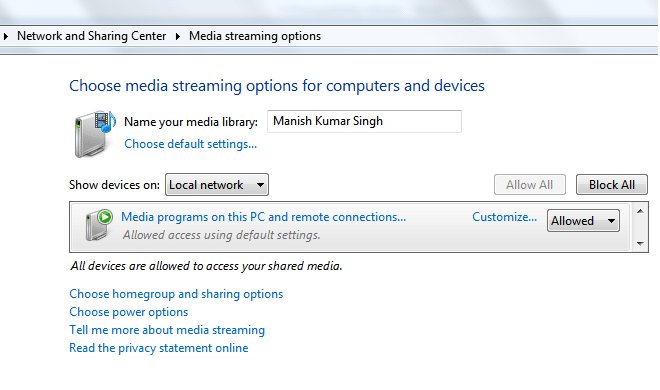 Another lesser known feature of Windows Media Player is that it supports streaming of audio to other devices. (This feature is available in VLC media player as well. Didn’t know that either? Oops.) To turn this feature on, open My Computer (or any explorer window) and put this in the address bar Control Panel\Network and Internet\Network and Sharing Center\Media streaming options. And agree with it to enable it.

Stream across the Web

If you want to take your streaming obsession to the global scale, Windows Media Player does allow it. Click on the Stream button, and select “Allow Internet access to home media”. Although you will be required to use your Live (or Outlook) ID to be able to register for this option. Once done, you can stream your music files from any part of the world.

Add clarity to the streamed videos

The problem with streaming video from the web is that no matter how good your internet connection is, the video will still stutter and keep switching to a lower resolution. To fix it, you can download and install Pixelfusion. It adds the crispiness to the edges, and make the video look sharp. It can even work if you have slow internet connection. 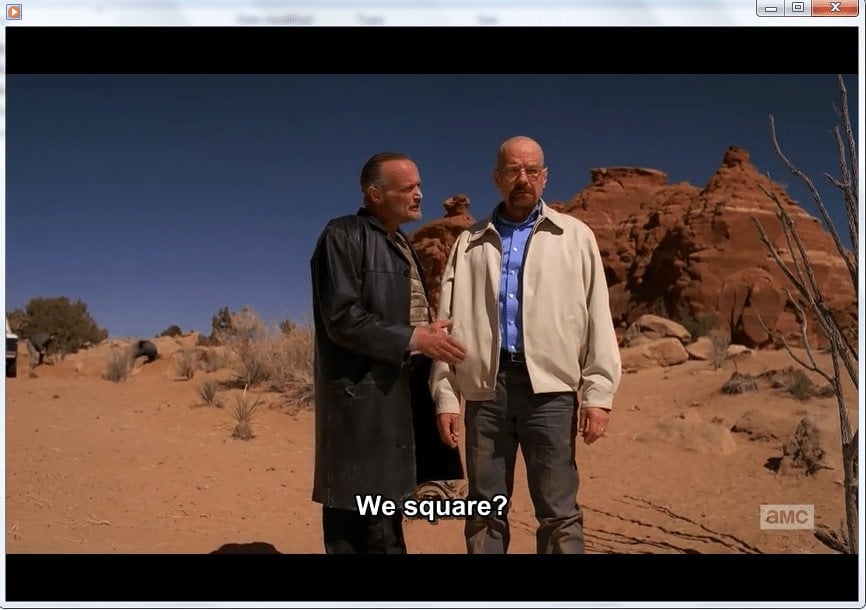 Let’s just say that embedding subtitles on your movies isn’t one of Windows Media Player’s strong suites. Things are even worse if you are using Windows Media Player 12. Anyway, there are many fixes for it. If you have downloaded K-Lite Player, subtitles should work fine for you. Additionally, you can install the free tool DirectVobSub to fix it. 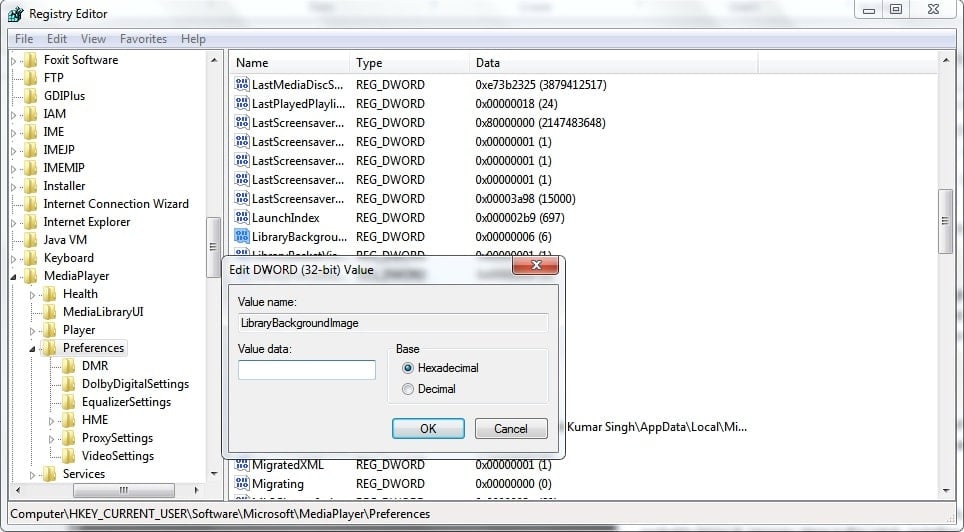 If you don’t like the way Windows Media Player looks, you can morph a different skin over it. You probably knew about it, anyway. Here is the catch, installing any skin won’t work when you switch over to Library view. To make that happen, close Windows Media Player, and open registry editor. Follow this string:
HKEY_CURRENT_USER_\Software\Microsoft\MediaPlayer\Preferences. Now locate “LibraryBackgroundImage” and change its default value to anything between 0-5.

Was this article helpful?
YesNo
TechPP is supported by our audience. We may earn affiliate commissions from buying links on this site.
Read Next
How to Use Android Phone as Webcam for PC
#windows #Windows Media Player