The announcement of the new next-gen video gaming console PlayStation 4 thrilled many because of its awesome specifications and simplicity. This device is meant to be the successor of the beloved PlayStation 3 which was launched in the early 2005. In comparison with its predecessor, PS4 was developed to increase interactivity with various services and devices, among which we can mention Gaikai, PlayStation Vita and PlayStation App (a service which connects smartphones and tablets into a second screen).

The exciting PlayStation 4 does not require permanent connection to the Internet or regular network check-ins in order to function properly. Also, PS4 will be much appreciated for the fact that it does not limit the usage of second-hand games and it does not require any additional fee for playing them. 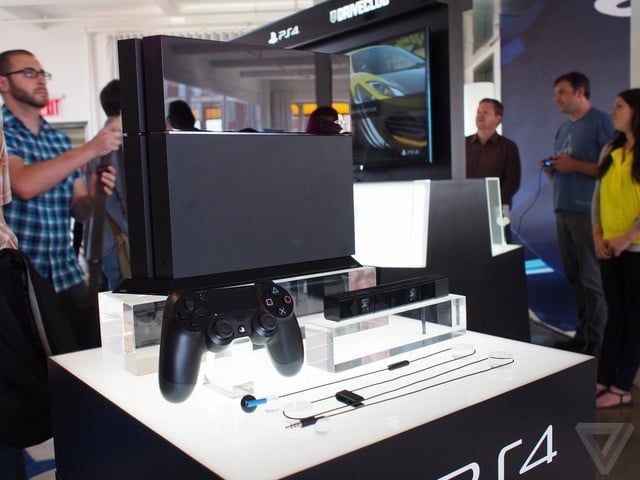 Whether the game is in a digital version or as a disc, the newest titles will not be cheap and buying a copy for your PS3 now alongside one for the PS4 at a later date can cause serious damage to your budget. Because of this, Sony is coming to help by offering a simpler way to play what you already bought for PS3, on the new PS4 for a cheaper price, by converting original PlayStation 3 games to the newest generation. The catch is that this trick works only for some games in the PlayStation Store and a small fee is applicable.

The new PlayStation 4 will be launched in North America on November 15th and then in Europe and South & Central America, on the 29th of November. In South Korea and Singapore, the device will be available in December, while the Japanese users have to wait the most, as the console will be available starting from February 2014.

An interesting buzz about the new console is that it will not be region-locked, so if you cannot wait until the PS4 will be available in your country, you can always buy it online from other countries where it will be already in stores. Unfortunately, we all have to wait a little bit until the new PS4 will be launched, but until then, you should not waste time and neglect the games that will be released for the PS3 and continue to purchase and enjoy them.

How to Upgrade PS3 games to PS4 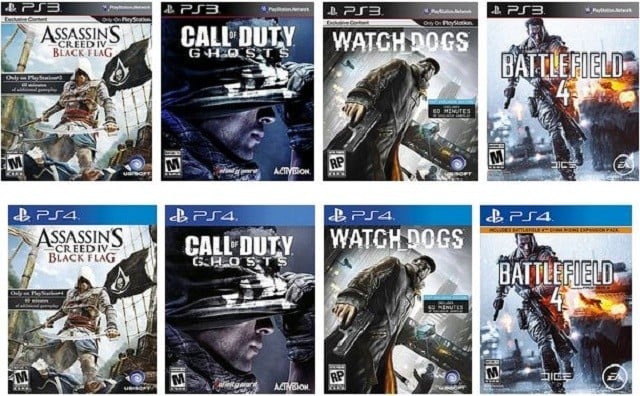 There are two different ways of upgrading games from PS3 to PS4: using a disc-based and a digital version the title. Note that this offer is only available for the following titles (others will be shortly added when they enter the program):

So, users who buy a PS3 Blu-ray disc of these games will receive a code that can be redeemed from PlayStation Store. When the PS4 game version is launched and bought, they have to insert the original PS3 disc into their new PS4 in order to be able to activate and play the game. That’s why it’s very important not to lose the original disc, because without it you cannot play the game anymore.

Every gamer who buys any of these games in their digital version will not have to redeem a code in order to be able to get the version for the PlayStation 4. It’s much simpler than you think, because after you purchase your PS4, you only need to access the PlayStation Store and look for the PS4 version of the desired game.

This great offer is available only for a limited period of time, so be quick about it, activate and buy the PS4 version for a stunning price of only $9.99. The deadlines for each game are: January 31st, 2014 (for Assassin’s Creed IV and Watch Dogs), March 28th (for Battlefield 4) and March 31st (for Call of Duty: Ghosts). So, in order to complete and certify that you can benefit from this program, follow the next step-by-step instructions.

If you are one of the users who still like to buy their games on a disc, apply the following guide to be sure that you don’t miss the chance to play one of these four amazing games on both PS3 and PS4 video gaming consoles:

For the lucky guys who have bought the digital version of the game for their PS3, everything is much simpler and explained in the following instructions:

Skullcandy Jib+ Review: Some plus, some minus
Netflix Mobile Games: Best Games and How to Get Them on…
iOS 16 Compatible Devices: Find Out if Your iPhone Made it…
VPNs aren’t perfect: Here are some of the best VPN…
The Dirty Truth: Dyson Dust Study Reveals some Shocking…
What is GTD, and what are some of the best GTD apps