Apologies if the title confused you. So let me explain. Facebook has just released the standalone Paper app for iOS in the US App store, which is much more than just a content discovery app as many had thought. In fact, it comes with Facebook messaging, notifications, search and a completely redesigned profile. 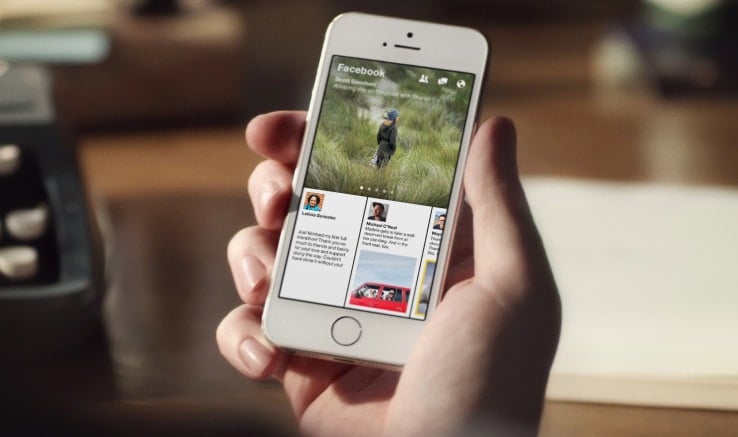 It was expected to take on apps like Flipboard, thanks to its full screen distraction-free UI with gesture based navigation. But looks like Facebook is keen to make it more than a news discovery and reader app. With proper notifications, Paper should replace the default Facebook app for many people, including yours truly. There are hardly few things it doesn’t come with, like Events & Page administration.

Paper delivers human and algorithm-curated full-screen articles and photos in categories you select like Tech, LOL, and Pop Culture. It is first of the many apps to come out of Facebook creative labs team. It is obvious that Facebook is going for visual appeal, much like what Google has done with its Google+ app. Facebook has had a rough run when it comes to mobile apps with bland designs and non-intuitive UI. Paper might change that for good.

Messages and Notifications can be opened over the top of Paper so they don’t drag you away from your current screen. The onus is clearly on the presentation and beautification of content. And you’ll be able to tilt the phone and arc across bigger panoramic pictures.

For now, those who prefer to go through each and every status update made by friends will still have to use the default Facebook app, as Paper is primarily built for images and videos, but if Paper gets successful, we might as well see this replacing the default app for most people. There is no news yet about when we get to see the Android or iPad versions of Paper.

Facebook announces Facebook Pay for Facebook, Instagram, and…
Samsung Galaxy Note 10 Lite Review: The new flagship killer!
Never Settling on Premium: Is OnePlus returning to its…
The Killer Feature of the Kindle No One Talks About
"The Real(me) Killer": Is Poco becoming Xiaomi's counter to…
Redmi Note 10S Review: Note-able, but not a Killer!