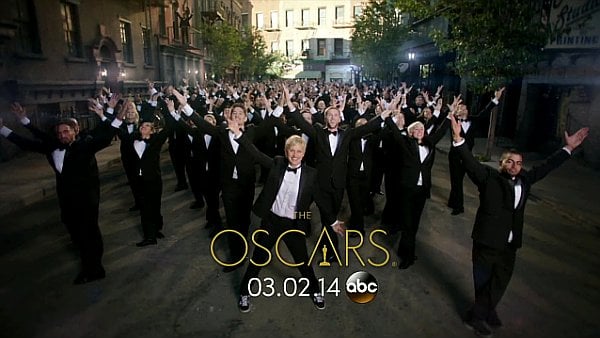 The 86th Annual Academy Awards (popularly known as Oscars) is taking place at Dolby Theatre, Los Angeles, and will air live on 2 March at 7 pm ET on ABC Television Network (12am GMT). After all these years, the Oscars continue to be the most popular and most watched Hollywood awards show in the world. It will be aired live in around 225 countries across the world.

For the first time ever, ABC, the official broadcaster has announced that the Oscars will be streamed live online this year, but it comes with a big catch. The Oscars 2014 live stream will be accessible to those who are subscribers of certain cable companies in eight markets. The approved cable companies are Comcast, Cablevision, Cox Communications, Charter Communications, Midcontinent Communications, Verizon FIOS, Google Fiber, and AT&T U-verse. The cities are New York, Los Angeles, Chicago, Philadelphia, San Francisco, Houston, Raleigh-Durham, and Fresno. If you are one of the lucky subscribers, then rejoice. But if you aren’t, then you don’t need to fret, we’ve got you covered as well. More on that later.

The 2014 Oscars is hosted by Ellen DeGeneres and has a huge list of worthy presenters, including Jessica Biel, Jim Carrey, Penélope Cruz, Jamie Foxx, Robert De Niro, Harrison Ford, Jennifer Garner, Anne Hathaway, Angelina Jolie, Brad Pitt and many more. Idina Menzel will perform “Let It Go” from Frozen, U2 will perform “Ordinary Love” from Mandela: Long Walk to Freedom, Karen O will perform “The Moon Song” from Her, and Pharrell Williams will perform “Happy” from Despicable Me 2.

The Wolf of the Wall Street is tipped to win Oscars in at least two categories – Best Picture and Best Actor in a leading role. American Hustle and Gravity have been tied for the most nominations with ten each.

As we mentioned before, the easiest and perfectly legal way is to be a subscriber of one of the eight cable networks mentioned above. But there are other means as well to catch the Oscars 2014 live stream.

1. Watch Oscars 2014 Live on abc.go.com – You need to log in using your pay-TV account to catch the live action.

2. Watch Oscars 2014 Live on Mobile with ABC app – Alternatively, you can download one of those official apps for ABC available on iOS/Android/Kindle/WP8 phones and tablets to watch Oscars online. But yes, you need to log in with your Pay-TV account.

3. Watch Oscars 2014 Live stream – The official website for Oscars 2014 will be live streaming mega event for those who are not in US, but want to catch all the action live online.

6. Watch Oscar Awards 2014 live streaming online for free on UStream TV – a great resource for user-generated live streaming links. So you don’t need to be a paid subscriber of any of those cable TV networks to watch these.

Other bootlegged live streams can be found at sites like atdhe.eu, but they are mostly unreliable.

Was this article helpful?
YesNo
TechPP is supported by our audience. We may earn affiliate commissions from buying links on this site.
Read Next
8 Ways to Watch Oscars 2022 Online for Free
#watch oscars live