After most of its technical specifications and special features have been leaked, along with the fact that there will be a Google Play Edition of the device, the 2014 HTC One (M8) is finally and officially here after having been announced in New York at a special event. Just as expected, it comes with a 5 inch, Full HD display with 1080p and protected by Corning Gorilla Glass 3. The smartphone packs the latest Qualcomm Snapdragon 801 quad-core processor at 2.5GHz and comes with Android 4.4 with HTC Sense 6. 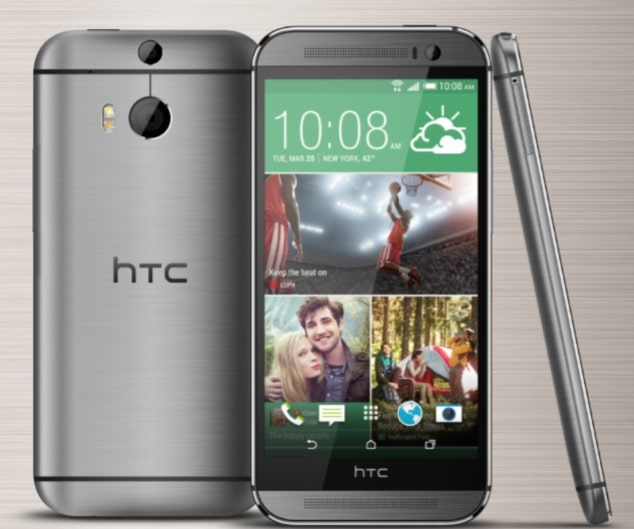 There are two storage versions: 16GB and 32GB, but by using the microSD memory card, you can expend the space to 128GB additional storage. HTC has partnered with Google and is also offering 50 GB of Google Drive storage for free for 2 years (as if Google Drive storage prices weren’t cheap already). HTC’s new flagship smartphone comes with a RAM of 2 GB DDR and a 2600 mAh battery which should ensure a talk time of up to 20 hours for 3G. It measures 9.35 mm in thickness and weighs 160 grams. It will be available in Gunmetal Gray, Glacial Silver, Amber Gold and the price for the unlocked version is expected to be $599.

The Duo Camera on the device works just like we have told you, the primary one being a HTC UltraPixel camera with BSI sensor, HTC ImageChip 2 and 1080p Full HD video recording with HDR video; while the secondary camera will capture depth information. The fron one will have a 5MP sensor, wide angle lens with HDR capability, 1080p Full HD video recording Gallery with UFocus, Dimension Plus, Seasons, Foregrounder and Image match features. 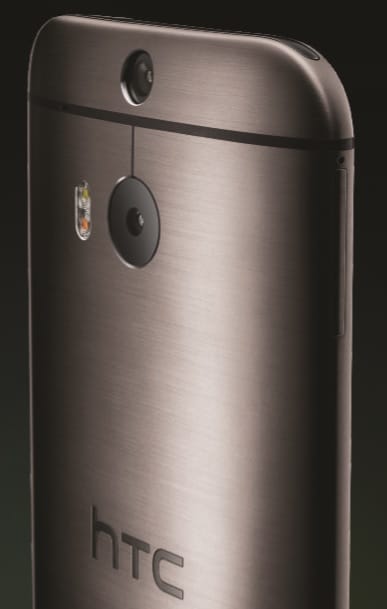 The previous HTC One had back housing that was 70 percent metal while on the HTC One (M8) this has been increased to an impressive 90 percent. The metal is wrapping all the way around the sides and right up to the edge of the display screen. Audio hasn’t been neglected, as the HTC One (M8) features a new multi-band amplifier which improves volume, sound quality, and boosts bass. A redesign of the speaker chambers has made it possible for the sound to be 25 percent louder than last year’s HTC One.

Another cool features is Motion Launch which lets you unlock your phone, access your homescreen, and launch apps with built-in motion sensors detect when you pick up the phone. With specific Swipe moves, you can access Widget Home, the HTC BlinkFeed, turn on voice dialing and other features. The battery life has also been improved, as the new one is said to last 40 percent longer than before. By using the Extreme Power Save mode, you get up to 2 weeks of standby time and with just 10 percent battery, you’ll have 30 hours of standby time.

The HTC One (M8) also gets plenty of cool accessories to choose from, such as the innovative HTC Dot View case, the HTC Flip case and the Double Dip one. There is also a stylish car kit, a HTC BoomBass speaker, a portable Battery Bar, the HTC Fetch object tracking device and the HTC Mini+ which doubles as a TV remote.

What we think of this
This is definitely a gorgeous piece of technology, but just like Apple and Samsung, HTC has chosen the route of incremental updates. I somehow find more excitement in the rise of truly cheap smartphones, like the Firefox OS prototype we saw at MWC. As for HTC, they need an equally good mid-range phone to complement the HTC One (M8), so that they can get some quality market share.
Was this article helpful?
YesNo
TechPP is supported by our audience. We may earn affiliate commissions from buying links on this site.
Read Next
HTC is back after a long time with Wildfire R70 with Helio P23
#HTC #HTC One (M8)