One of the most popular third-party keyboard apps ever for Android: SwiftKey is now available at the Google Play Store for free. The app typically costed $3.99. The announcement comes a week after Apple showcased its own SwiftKey-like keyboard: Quick Type for iOS.

Today’s update brings several other exciting features as well, including several new themes and hundreds of emoji, some of these features had been available for a while in the beta, and it’s nice to know that they have been ironed out for the final product. 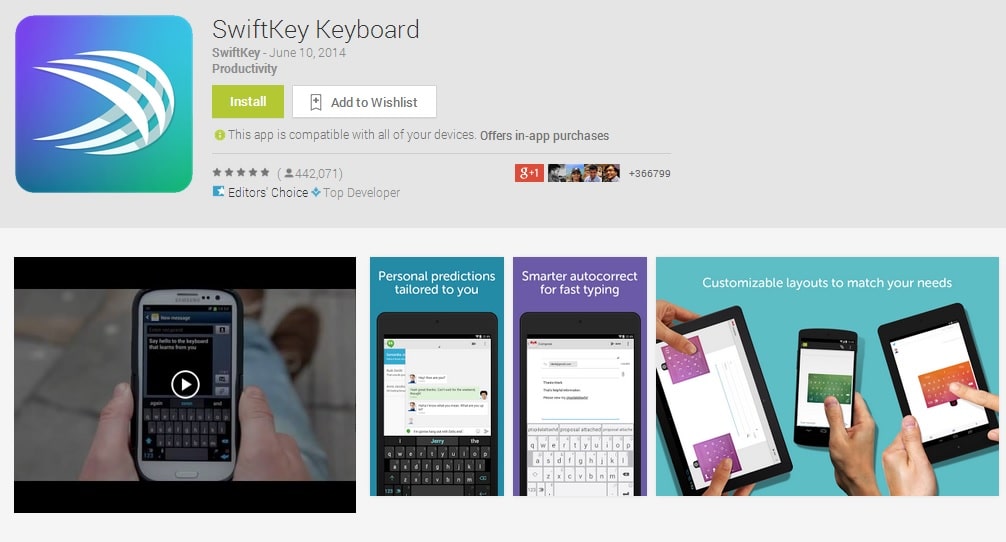 As for the existing users who paid for the app, the company is providing them with $5 worth theme pack for free. “We’re focused not only on reaching more users with our powerful technology, but on building great content and features to engage them,” said the company’s CEO Jon Reynolds in an official statement.

It will be interesting to see how Swiftkey now manages to sustain its business, as until now the $3.99 that it was charging users was one of its biggest revenue sources. But yes, it does have partnerships with Samsung and BlackBerry to embed SwiftKey’s algorithms onto their smartphones.

For those who’re unfamiliar, Swiftkey offers homegrown natural language processing (NLP) technology that predicts what you’re going to type next and offers three suggested words. It has over 200-million users worldwide.

Was this article helpful?
YesNo
TechPP is supported by our audience. We may earn affiliate commissions from buying links on this site.
Read Next
How to Delete Predictive Text History on iOS and Android
#Swiftkey