Google has finally released a 64-bit stable version of its Chrome browser for Windows systems. Version 37 of Chrome brings it to the mainstream, as the 64-bit support has been in testing since June. By using the 64-bit version, Windows users get speed, security, and stability. Also, according to Google, certain media and graphics workloads in particular are faster with 64-bit. 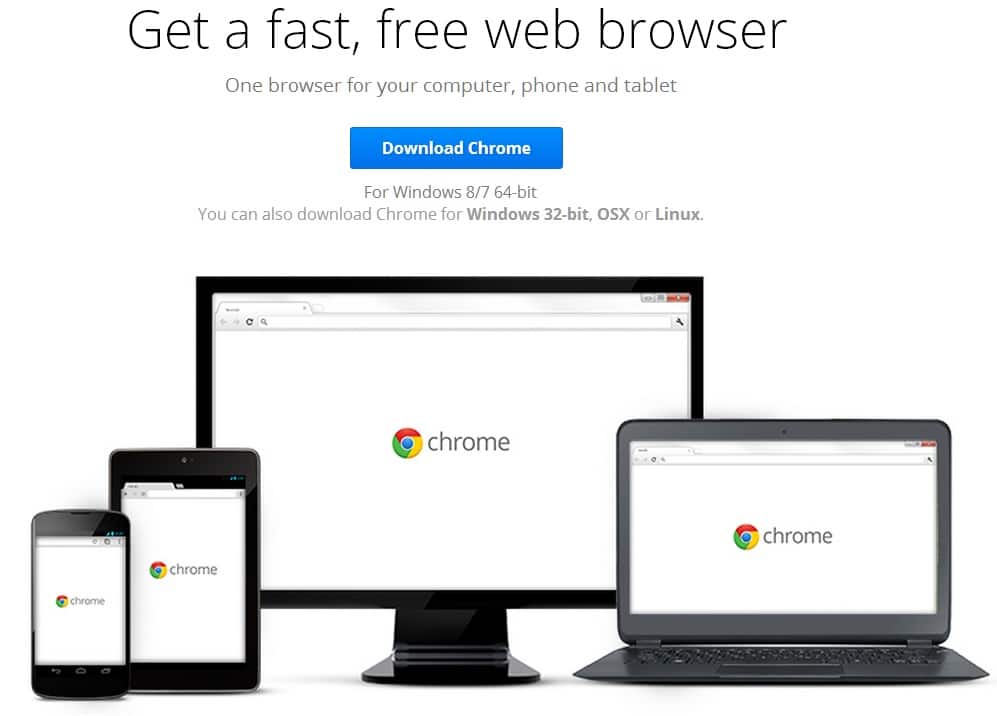 THe VP9 video decoding, which is being used for some YouTube high-definition streams, is said to be 15 percent quicker compared to 32-bit. Security is also enhanced by using new protection systems and making existing protection systems stronger.

There’s a built-in security feature for Windows users, called ASLR which makes bug exploits harder to write by randomizing the location of things such as DLLs in memory. Also, the 64-bit apps have much more memory available, which means they create a ‘much larger haystack in which to hide the needles that exploits look for’, as ArsTechnica puts it.

According to Google, he 64-bit version of the browser is said to be “twice as stable” as its 32-bit equivalent. But there’s one big drawback with the 64-bit version – it doesn’t include support for the NPAPI plugin API. Thus, some browser plugins, including both Silverlight and Java, will not work. However, Google said it will remove 32-bit NPAPI support in the future, but we don’t know exactly when that could happen.

Internet Explorer was the first browser to have a stable 64-bit version on Windows, and now Google steps in with Chrome. Right now, the 32-bit browser is still the default, so you will have to re-download the browser and choose to get the 64-bit version. Chrome 37 also brings the stable release of DirectWrite graphics on Windows which should make text rendering look more attractive and run faster.

Was this article helpful?
YesNo
TechPP is supported by our audience. We may earn affiliate commissions from buying links on this site.
Read Next
How to Use Android Phone as Webcam for PC
#chrome #windows