Firefox OS has arrived in India, in the form of the Intex Cloud Fx and the Spice Fire One handsets. However, initial impressions about the devices and the OS have tended to be less than kind with their performance and hardware attracting criticism. We at TechPP, however, feel that some of the criticism has been a bit unfairly harsh, and that, if handled properly, Firefox OS has immense potential, especially for all those markets where feature phones still dominate. Here’s our seven point defence of the OS based on what we know so far and a few hours with the phones: 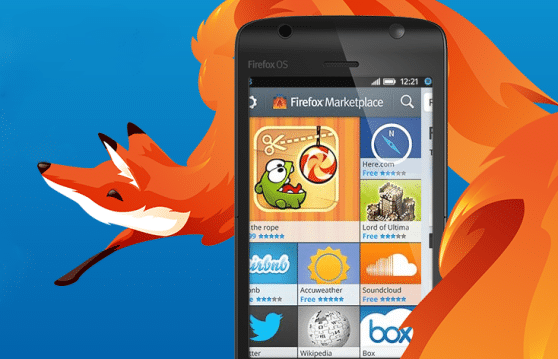 It is NOT for the Android or Asha audience

“You can get better performance from low-end Android and Asha devices,” is a refrain that we heard from many observers at the Firefox OS media events. Well, the stark fact is that Firefox is available on devices that cost about half of those worthies (Rs 1999 and Rs 2299 are the prices of the Cloud Fx and Fire One). It is also an entirely different OS, which works very differently, so we would not draw conclusions too hastily. Asha too was heavily panned as not being a patch on Android when it was launched but well, it went on to do reasonably well. The crux of the matter is that the Firefox OS is not meant for someone who has used an Android or an Asha phone, but for someone who has never used a smartphone, and wants one on a shoestring!

It comes with a powerful browser

Smooth, tabbed browsing with videos that play within the browser itself in a device that costs about USD 35? Yep, we got that on both the Firefox OS phones. Honestly, the browser experience is in itself pretty close to what we have seen on other smartphones and at this price point, that is astonishing.

It has an app ecosystem

There is an app ecosystem around Firefox and it has its fair share of developers. There already are web apps for Facebook, Twitter, Tweetdeck, and YouTube, and we have seen demos of a number of local apps in the works. Top that off with multi-language support, and you know, there is plenty to choose from here. Once again, we would advise against thinking in terms of Android and iOS.

Laugh not at Web apps is something that we have learnt at the Firefox OS briefings. In many ways, the folks at Mozilla are doing what Google did with the Chrome OS, focusing on zippy apps that run off the Web and do not guzzle too many resources, and well, while you are not going to be able to play full HD action games on these phones, you will be able to get a decent experience with most news apps and puzzle games. 2048 played very well on both phones and we have been told that a version of Candy Crush Saga is in the works.

It is optimised for GPRS/EDGE

If there is one feature that we LOVE on the Firefox OS devices, it is the fact that they are optimised to perform on relatively slow 2G/GPRS connections. We actually saw the Cricinfo Web app working very decently even on 2G, which was a welcome change. Given the fact that the vast majority of users to this day use 2G connections, we think this is an awesome touch. 3G connectivity is not a boon in financial terms to most people in that USD 30-40 price phone segment.

It is not about the hardware

Oh the irony – we heard this argument when we heard iOS fans defending it against the multi-core processored, full HD display-laden Android superphones. But well, the same argument holds true here. We have heard people snigger about the 480 x 320 resolution, the TFT displays and the low megapixel counts of the cameras on the Firefox phones. Yes, they are inferior to what you would get on a low-end Android device these days, but look at it in another way – a Firefox OS phone does not NEED 1 GB of RAM to operate smoothly and can do reasonably well in an eighth of that amount, and well most websites looked just fine in 480 x 320 resolution. And that really is the thing about the Firefox OS – it works very well for its price point. Take it from us, folks, the biggest mistake you could make about a Firefox OS device would be to judge it by its spec sheet!

It is about the price

The bottom line rule: the biggest ace Firefox OS has up its sleeves is the price of the devices it runs on. It may not appear as snazzy as iOS and Android, but it runs on devices that would be considered super bare bones by other operating systems. You need 512 MB RAM at the very least to get a decent Android and Windows Phone experience, and gigabytes of onboard storage. Firefox can run on 128 MB RAM and 256 ROM, and while you cannot install apps on memory cards yet (that feature is coming shortly) most Web apps are so small in size that you will be able to install a couple of dozen on the devices without too much fuss. Basically, you can get a decent smartphone experience at a price that is astoundingly low.

So should you consider purchasing a Firefox OS phone? While we don’t see the iOS/Android/BB/WP crowd clamouring for it, we honestly cannot see a feature phone user resisting it, even based on our limited experience. The strength of most smartphones flows from the Internet experience they offer, and Firefox OS ticks a number of boxes in that department.

No, it ain’t Android. It ain’t Asha. And know something? It does not want to be either.

It is not a Nano pretending to be a Merc. It is a honest to goodness bicycle that rides beautifully and at the end of day, if handled properly, will take you to your destination.

Was this article helpful?
YesNo
TechPP is supported by our audience. We may earn affiliate commissions from buying links on this site.
#editorial #firefox os