Many of us have been waiting for this and iFixit has delivered. In a live teardown of Apple’s biggest ever iPhone, iFixit has revealed a lot of things about what goes inside this 5.5-inch handset. In addition to confirming the 1GB RAM, iFixit also reveals that the iPhone 6 Plus comes with a huge 2915mAh battery, which is almost twice big as what we saw on the iPhone 5S. 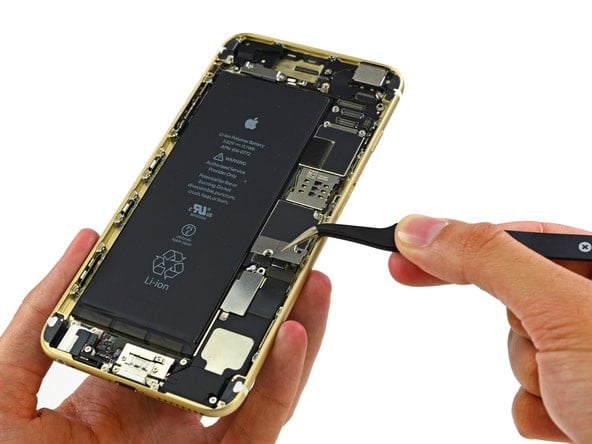 Just for the reference, the 5.7-inch Samsung Galaxy Note 4, which is 8.5mm thick, comes with a 3,220mAh battery. So Apple’s effort of stuffing in a 2915mAh battery inside a 7.1mm chassis is quite commendable.

The 4.7-inch iPhone 6, on the other hand, has a 1810mAh battery which is still bigger than 1560 mAh battery found on the iPhone 5S. This should explain why iPhone 6 is claimed to provide better battery life inspire of having a bigger and higher resolution screen.

As for the camera, the iPhone 6 Plus features an 8 MP (with 1.5µ pixels) ƒ/2.2 aperture rear-facing camera, just like the iPhone 5S. The iPhone 6 Plus brings two new additions to the table: optical image stabilisation, and “Focus Pixel” phase-detection autofocus. Just for the reference, phase-detection isn’t completely new to smartphones. We first saw it on Samsung Galaxy S5, where it was termed “fast auto-focus”.

The teardown is still in progress, and we shall update the article if there’s anything significant that comes out.

Was this article helpful?
YesNo
TechPP is supported by our audience. We may earn affiliate commissions from buying links on this site.
Read Next
XR, X, 8 Plus, 7, 6… Which is the affordable iPhone in 2019?
#iFixit #iPhone 6 #iPhone 6 Plus