No, this isn’t a joke and not a prank – today, on the Halloween day, Microsoft will stop selling Windows 7 and Windows 8 to OEMs. This means that you won’t be able to buy a PC with Windows 7 pre-loaded from November 1. Windows 8.1 will replace Windows 8, which too will see end of sales. However, this only applies to regular consumers, as business/enterprise customers will still be able to order PCs ‘downgraded’ to Windows 7 Professional. 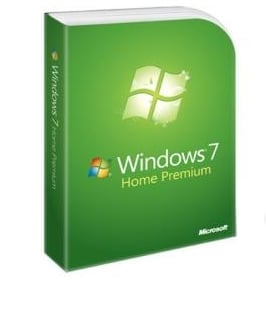 A few weeks ago, Microsoft has unveiled the first Technical Preview of Windows 10, finally bringing back desktop features that disappeared with the release of Windows 8. By doing this, the company hopes it can drive mass adoption to the new operating system especially from Windows 7 and Windows XP users, who still represent the majority of Windows users all over the world. And now by discontinuing Windows 7 sales, it will further help drive consumers to Windows 10.

Ending Windows 7 sales today fits in with the typical schedule Microsoft is using. The company usually pulls OEM supply of an OS a year after it removes it from retail. Thus, Microsoft cut off the retail supply of Windows 7 in October of last year, but the actual end of sales will be at that point when the stock will have depleted across retailers and Microsoft’s sales partners. Microsoft says the following on its official page about end of sales of its Windows products:

And you can see in the following table the end of sales dates for specific Windows operating systems: 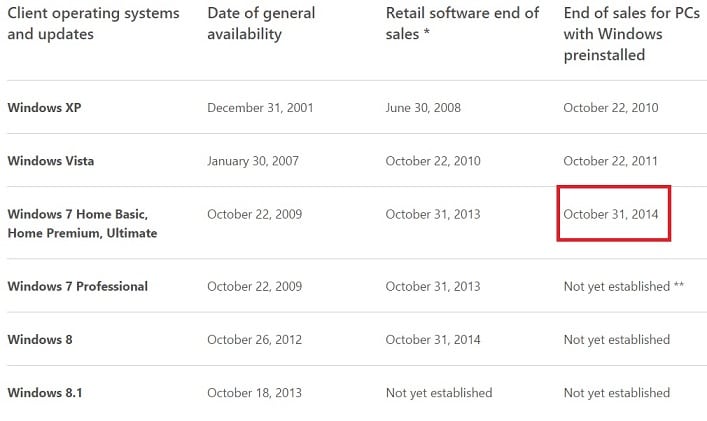 So, as we can see, the sales of Windows 7 Home Basic, Home Premium and Ultimate editions are scheduled to end through OEMs. However, new PCs with Windows 8 preloaded by OEMs will be available for at least a year across retail stores.

Was this article helpful?
YesNo
TechPP is supported by our audience. We may earn affiliate commissions from buying links on this site.
Read Next
How to Upgrade from Windows 7 or 8 to Windows 10 for Free in 2020
#Windows 7 #windows 8