As a little kid, you have probably been mesmerized by the fictional communicator device which was used in Star =Trek as direct contact between individuals or via the ship’s communication system. And now a strikingly similar device is available for purchase – called the Onyx. 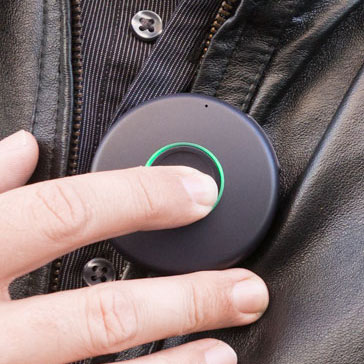 Developed by the OnBeep team, this little device will cost you $99, with limited quantities in the first production run. Onyx can be described as a personal communications device that pairs to a smartphone via Bluetooth and works where there is data service, either on Wi-Fi or cellular networks.

So, while it’s similar to the Start Trek communicator, it still relies on the ubiquitous smartphone to work. So, wherever you go, you need to take your phone with you. And if you ask me, that’s the problem with the current state of wearable gadgetry, too many devices rely on the smartphone to work and act as an extension. When these devices will be able to do work on their own, that will be the real breakthorugh.

Now, to get back to our tiny fellow here – it is roughly 2.5-inch round and looks quite like a hockey puck. You can clip it to your bag, but you’ll probably want to attach it as close as possible to your mouth, just like you’d normally wear a microphone. It comes with a button in the middle for initiating communication, a volume rocker, power switch, and a mute switch.

There’s a multicolor LED ring that changes color depending on your availability surrounding the button. So, blue means you are available, green is talking and yellow is muted. The Onyx pairs to other units in user-controlled groups via the Android or iOS app. Albeit there isn’t a limit to how many people can participate in a group, you shouldn’t go beyond 15 if you want to have a lag-free experience. 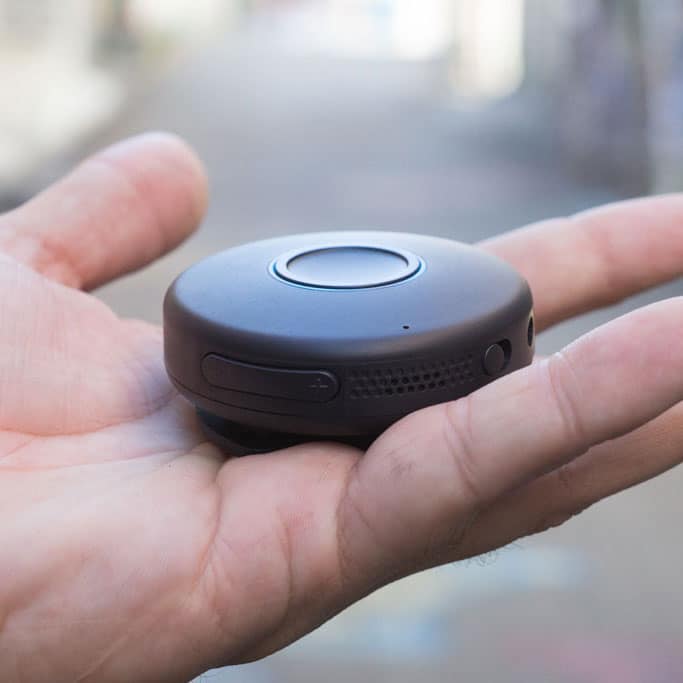 All communication within a group can be heard by every member, but you can definitely use it as a walkie talkie for more private conversations. The Onyx works like a standard walkie-talkie, as you have to press and hold the button to speak. By using the app, you can see who in the group is available and you can also map out their locations.

OnBeep says it is using a low latency codec that minimizes bandwidth usage, which doesn’t compromise the audio quality. The Onyx’s batter will last for about 12 hours of active use. This is indeed a really cool device, but I don’t see how I could use while being in a crowded place. First of all, I don’t want everybody to hear what my collocutor is saying and secondly, I’m not quite sure how will it handle the noisy environment.

But this can prove to be really useful in emergency situations, which somehow makes it a niche device. However, you can definitely use it for fun, setting up a major event or, as the video from below suggests it, to make arrangements for a surprise birthday.

Was this article helpful?
YesNo
TechPP is supported by our audience. We may earn affiliate commissions from buying links on this site.
Read Next
Wear Graphene Gamma: One Jacket to Rule Them All
#wearable