You have a smart TV, two tablets, two smartphones, a few laptops and a desktop PC; and sometimes you rely only on your WiFi network to connect to the internet. No wonder, this will result in dead zones and problems with your buffering. So, in that sweet moment when you are lying in bed and streaming your favorite show, your WiFi drops on you. And here’s where Eero steps in, a self-acclaimed world’s first WiFi system.

For many, setting up WiFi routers is also not as easy as it should be, as the initial install requires a little bit of technical knowledge in order to make sure you have it working at its best. So that’s what Eero is trying to achieve –  an affordable, smart wireless networking system that will be easily managed by every type of users while ensuring maximum coverage.

Eero is intelligently routing data traffic on your wireless network so that it reduces buffering and removes dead zones in your home. You can choose to use a standalone box or a set that creates a mesh network around the house. And it seems that Eero did a lot of tweaking to its own software, and not the hardware, so that it\s aware of current wireless network constraints, especially the large number of devices that are connected to a router at any given time. Also, it can understand what kind of traffic is being consumed. Thus, high-bandwidth applications like streaming video or gaming are being ‘served’ independently from the rest of the network. 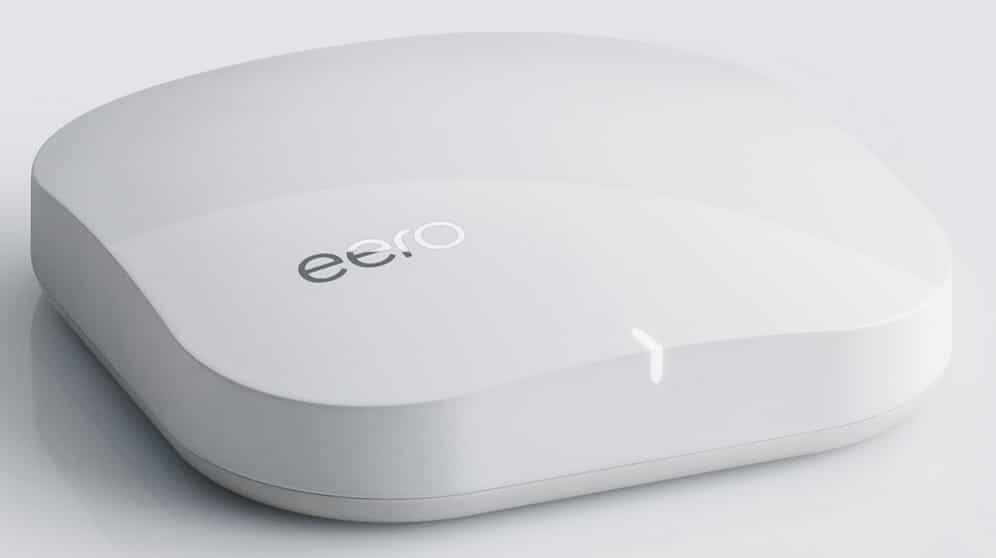 Eero also allows consumers to quickly create networks and share them with friends. Living up to its ‘smart’ abilities, the router uses Bluetooth to pair with users’ smartphones for a very user-friendly setup process. If you have more than a single Eero routers, these will automatically connect to and manage the network after the first one has been installed.

Not all routers are ugly, but just a few of them are good-looking. And this is another feature of the Eero router – with its clean and nice design, it can fit in any corner of your house. On the inside, it comes with a 1.0GHz dual-core processor, 512MB RAM and 1GB flash storage. Eero also alerts you whenever a device joins your network and sends you a weekly digest of all devices that have used your network.

If you will pre-order one unit, you will be able to get it for $125 and three-Eero systems for $299 each. Once it will hit retail stores, its price will be bumped to $199 each and $499 for three. Have a look at the video from below to see the device in action.