He enjoyed iconic status in cricket – be it on the crease or in the commentary box. When he passed away earlier today, millions mourned. But Richie Benaud could teach a lot of us tech writers a lesson or two in the noble art of coverage, analysis and commentarty. Here are seven things that tech writers could learn from the Aussie legend. 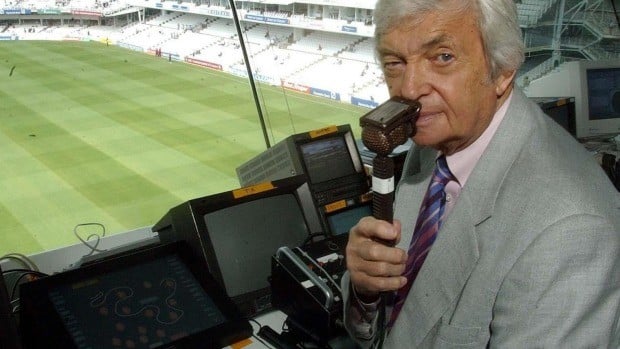 Never be afraid to learn

When he was nearing the end of his career as a player, Benaud decided that he wanted to be involved in cricket commentary. No, he did not walk into the commentary box, but he actually took an intensive course in the field and also served as a reporter. I cannot think of too many who would do that. There’s a bit more to writing than just opening a blog or launching a site. Training and learning never hurts. Or ends. Just because you have done something does not make you an expert in writing or commenting about it – the best software engineers or developers need not always be the best writers on technology.

Be serious…and never lose your sense of humor

Richie Benaud could never have been accused of being dull. But neither was he flippant. No, he did not indulge in pranks or talk about the nocturnal habits of his fellow commentators or even indulge in idle chit chat. He stuck to what he knew best – talking of the game unfolding in front of him. And while doing so, was not averse to the odd flash of humor. He never overdid it though – people waited for the Benaud quip, because it was rare. And so good. We know of many serious tech writers, but we so wish some of them would also make us smile.

Benaud was an exceptionally networked individual. He seemed to know just about everyone everywhere in the cricket fraternity and was incredibly comfortable with people. A lot of this stemmed from the time he spent on relationships. We really think anyone who writes on technology could learn from spending time not just with gadgets, but with other writers and members of the industry. Experiencing multiple perspectives enables one to be objective, which brings us to the next point…

…but never lose your objectivity

But although he had friends everywhere, Benaud was never guilty of favoring them. His “there is no team known as ‘we’ or ‘they’” quote is one of the best examples of sheer objectivity that we have seen. A fair man this – and that is a trait that every one of us could learn – to not be swayed by special briefings, freebies or just the bonds of friendship. If they are your friends, they will respect you for being truthful.

Curb your enthusiasm…and your adjectives

Benaud commentated on his share of cliff-hangers and exciting matches, and yet he seldom got carried away in his own commentary, remaining informative, crisp and to the point till the very end. He was also famously spare with his adjectives – no, he was not overly critical but he did not call everything “awesome” or “monumental.” He had his benchmarks for quality and adhered to them. Once again, a lesson for all tech writers – be it praise, criticism or excitement, don’t overdo it.

Benaud famously said: “The Titanic was a tragedy. The Ethiopian drought was a disaster. Neither bears any relation to a dropped catch.” Similarly, we doubt a badly managed event is a disaster or a malfunctioning product a tragedy, just as a good product need not be mind blowing. Big words need to be reserved for big occasions, not trivial one. One of our editors used to say “start editing by cutting out the adjectives.” We think Richie would have approved.

When Benaud famously advised people to learn the economy of words and never tell people what they can already see, he was talking of cricket commentary. But he might as well have been talking of writing anywhere. The temptation to ramble on is the bane of many an author and yes, so many of us are guilty of stating the obvious (I have lost count of the number of times I have read “the iPhone is a phone from Apple” and of course, “this is a touchscreen which means it responds to touch.”).

Benaud was legendary for his ability to respond to letters sent in by people from all over the world. The man tried to answer as many as he could and often in staggering detail – he once sent a two-page typed reply to a 16-year old asking for advice on legspin. While I know that many writers on technology have to deal with a fair bit of criticism and abuse in the “comments” and “feedback” section, I really think that one should always have time to respond to sincere queries and comments from one’s readers. the best tech writers always do.

Never be the celebrity

You know something? For almost two years, I knew Richie Benaud mainly as a television commentator who always pronounced ‘s’ as ‘sh’ I did not know he was one of the greatest spin bowlers and captains of all time and a fantastic all rounder too. He never threw his reputation around, and I remember that he once remarked in an interview that he was not a leg spinner or a batsman in the commentary box so he did not need to mention the fact. I suspect it made him a better commentator and made many – like me – listen to him and read him because of what he had to say, and not just who he was.

Was this article helpful?
YesNo
TechPP is supported by our audience. We may earn affiliate commissions from buying links on this site.
Read Next
IPL 2022 Live Streaming: How to Watch IPL Live in India, US, UK and Others
#Cricket