Opera isn’t as popular as Internet Explorer, Chrome or Firefox, but their team is always busy developing new features. Back in the middle of the previous month, they announced that the bookmark syncing feature is going to be available for Opera users. Now the Norwegian company has released the final 29 version of the browsers and it comes with some useful new options. 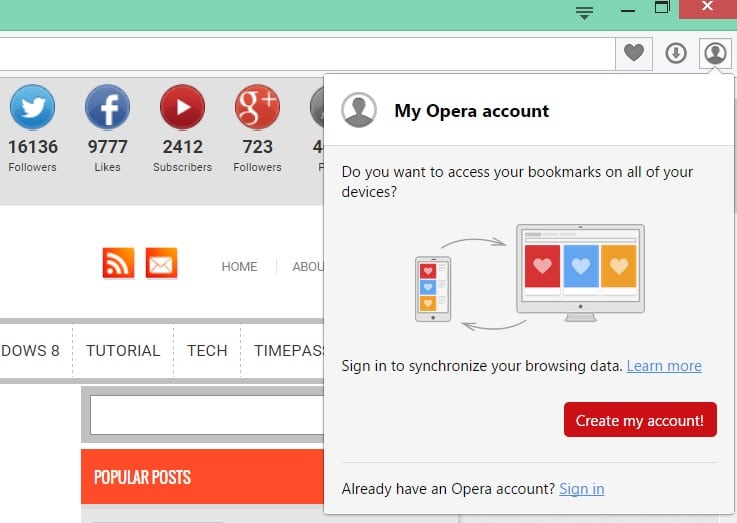 The major new feature of Opera 29 FINAL is the ability to browse across a range of devices and be able to sync tabs between mobile and desktop platforms. Furthermore, version 29 also comes with support for customizable keyboard shortcuts and it also brings a new indicator tool to show which browser tab audio is being played from. This last is particularly useful for those moments when you have a lot of tabs and you just can’t find where the sound is coming from.

Opera 29 today, works both for computers and for Android users, but chances are that this new features will be made available to iOS users, as well. So, in order to sync your tabs and see them across your devices, you just need to select a profile icon next to the address field and create an Opera account or sign into your existing one.

After that, you will see your open tabs from other devices in the newly refreshed start page, under the Tabs button. You will find there a list of your tabs that are open on other devices, as well as your Speed Dial entries. Other productivity improvements in this new version include more mouse gestures, centered standalone images and integrated history in the start page.

TechPP is supported by our audience. We may earn affiliate commissions from buying links on this site.
Read Next
How to Mute a Tab on Chrome, Firefox, Safari and Other Browsers
#browsers #opera