Most people might identify the brand very strongly with the enterprise loving executive, but the fact is that for an all too brief time, BlackBerry did get a slice of mainstream glory, courtesy the surprisingly affordable (well, for its time) Curve 8520. It even spurred the company to make fun of its core crowd in the now (in)famous BlackBerry Boys ad campaign. A lot of water has flown under that particular bridge, so much so that BlackBerry is now trying to get back to its enterprise core, as is borne out by the fact that its previous two high-profile devices (the Passport and the Classic) sported its iconic QWERTY keypads, which were part and parcel of its enterprise ethos. The company, however, has not given up on the all-touch experience, though, as is evidenced by the Leap, a touchscreen phone that is expected to hit the Indian market on May 12. 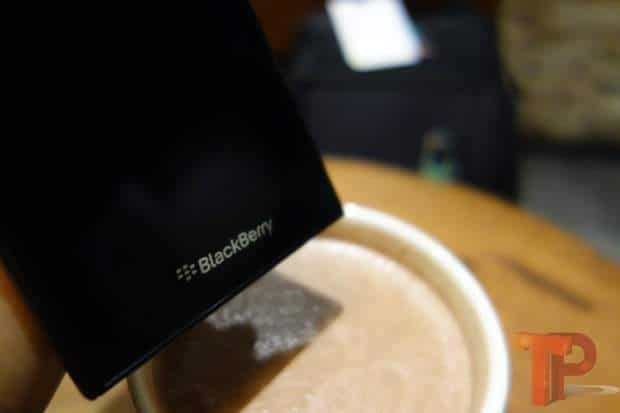 If the Classic and the Passport had seen BlackBerry’s design department in overdrive mode, the Leap stays in more comfortable territory. In fact, seen from a distance, it is almost indistinguishable from BlackBerry’s previous all-touch phone, the Z3. Like that phone, the Leap comes with a 5.0-inch display and at 9.5 mm, is only marginally thicker than the 9.3 mm thick Z3. Both the Z3 and the Leap share the same width – 72.8 mm – but the Leap is discernibly longer at 144 mm, as compared to the Z3’s 140 mm. It is also slightly heavier – 170 grammes to 164 grammes.

The design of both phones is eerily similar – in both, the BlackBerry name and logo is just below the display, with the speaker grille just above it. Flip the phone over and you will see a plastic back with a dotted texture that makes the phone easy to grip and also keeps it smudge free, with the BlackBerry logo in the centre and the camera and flash in the top left corner – again, the similarity to the Z3 is palpable, although in the Leap, the camera and a flash are placed on a darker, slightly glossy strip of plastic, similar to what we saw in the Classic. Design differences emerge when you inspect the sides – unlike the Z3 which had placed the SIM card and memory expansion card slots on the right, the Leap has them on the left, although like the Z3, they too are covered by a plastic flap. Volume and voice command buttons on the Leap are on the right of the device (they were on the left of the Z3), and rather surprisingly, BlackBerry has opted to put the power/display button right on top of the device, unlike on the left as on the Z3 – although not as massive as some phones we have seen, the Leap is definitely on the bigger side and placing a button on top makes it hard to reach. The top also houses the 3.5mm audio jack, and on the base of the phone is the micro USB port. 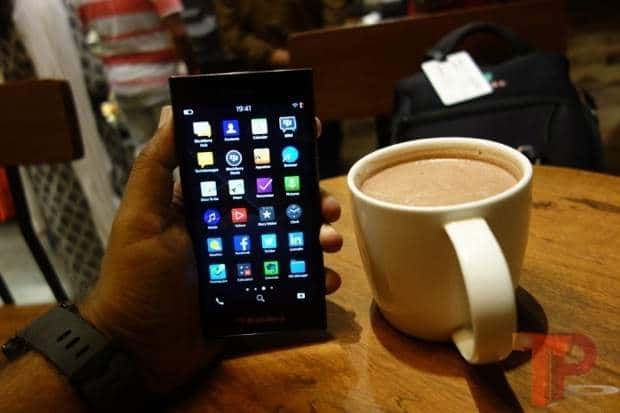 Given their similarity, the Leap’s look and feel inspires emotions similar to the ones we felt when we clapped eyes on the Z3. Neither was phenomenally slim or lightweight, but each felt reassuringly solid and built for function rather than flaunt value. The Leap is unlikely to turn heads the way a Passport or a Classic did – it looks too much like your mainstream touchscreen phone, really – but neither will it make people frown in disapproval. We would have liked it to be a bit more compact – devices like the Xiaomi Mi4i make it seem much bigger than it actually is – but we know that many people will find its bulk reassuring mainly because the phone, in best BlackBerry tradition, is so well put together and while made of plastic, has a very good feel to it.

It also needs to be kept in mind that like beauty, the similarity between the Z3 and the Leap is skin-deep. Scratch the design and head to hardware and the differences between the two devices leap out at you. While the Z3 had a relatively low resolution 960 x 540 display (which was very odd on a 5.0 inch display), the Leap has a 720p one. The Leap is also powered by a dual core Qualcomm Snapdragon S4 Plus processor and comes with 2 GB RAM as compared to Snapdragon 400 processor with 1.5 GB RAM on the Z3. Storage on the Leap also stands at 16 GB as compared to 8 GB on the Z3, and is expandable to 128 GB as compared to a mere 32 GB on the Z3. Round that off with a 8.0-megapixel rear and 2.0-megapixel front facing camera, as compared to the 5.0-megapixel and 1.1-megapixel combination seen on the Z3, and a much larger 2800 mAh battery (the Z3 had a 2500 mAh one), and for all its visual similarity, the Leap emerges as a very different hardware beast from the Z3. In fact, in hardware terms, it seems a lot closer to the high-end flagship (for its time – and that was in 2013!) Z30, although it has a slower processor and has not its brilliant AMOLED display. What it does have, however, is the latest version of BlackBerry OS, 10.3.1, and a more accessible price tag than the Z30 – we will know the price for sure only on May 12, but given its price in other markets, one can rest assured that it will be much lower than the launch price of the Z30. Update: It has been priced at Rs.21,490 (~$335).

The Leap’s real challenge however will be to carve a space for itself in a market that is getting accustomed to getting a low of hardware bang for relatively few bucks. In that regard, both its performance and pricing are going to play key roles. And we will be covering those in our review in the coming days. As of now, we can say that the Leap comes to the smartphone party dressed like the Z3, but with significantly more muscle rippling beneath that familiar exterior. And that, ladies and gentlemen, is not a bad thing at all.

Was this article helpful?
YesNo
TechPP is supported by our audience. We may earn affiliate commissions from buying links on this site.
Read Next
[First cut] Narzo 30A: Needed to be more basic than brave?
#Blackberry #Blackberry Leap #hands on