The smartphone market is becoming increasingly competitive in India. Back in April, Xiaomi raised the bar with the Mi 4i, a mid-range smartphone with FHD display with a price point of Rs 12,999 ($205). At an event in New Delhi today, Lenovo announced its take on Xiaomi’s hot-selling smartphone: the K3 Note. 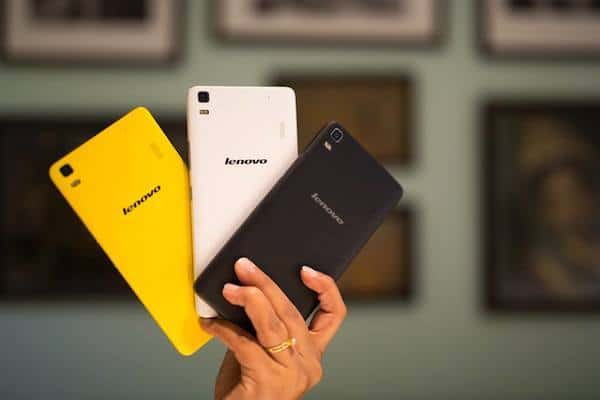 Lenovo has been on a roll with its budget and mid-range smartphones in India. Few months ago, it upped the bar with the A6000, the cheapest 4G LTE smartphone in the country, and today the company announces that it is bringing its recently launched K3 Note to India. Priced at Rs 9,999 ($155), it’s the cheapest smartphone with FHD display in the country.

As for the specifications, the K3 Note sports a 5.5-inch display with FHD screen resolution (1920×1080 pixels). Inside the handset sits a 1.7GHz MediaTek MT6752 octa-core 64-bit capable processor paired with 2GB of RAM, and 16GB of internal storage which can be further expanded using a microSD card should you need more storage. For comparison, Xiaomi Mi 4i’s 16GB of internal storage is non-expandable.

Other features of the K3 Note include a 13-megapixel sensor at the back with LED flash, and a 5-megapixel selfie sensor placed upfront. On the connectivity front, the dual-SIM capable K3 Note supports 4G LTE, 3G, Wi-Fi, and other standard options. A 3,000 mAh battery is powering up the phone, which as the company claims can deliver 36 hours of talk time, and more interestingly 750 hours of standby time on 3G network. The phone also comes with Dolby ATMOS speakers.

From our limited hands on time with the K3 Note earlier this month, the phone seemed to have a considerably better display and camera as compared to it predecessor, the Lenovo A7000. Not many changes have been done to the Vibe UI, so the experience was similar. Sadly, Lenovo won’t be bringing the K3 Note AnyWoofer Edition to India anytime soon which has a unique circular vibrating sound amplifier on the back panel.

The K3 Note — much like company’s other recent smartphones — will be exclusively sold through e-commerce website, Flipkart. The registration for the begins today at 2PM, and the first flash sale will happen on July 8. The black and white color options will be made available to start with, and the Yellow variant will come later. At the event, Lenovo also announced that K3 Note, and all the upcoming phones in the K series will be exclusively sold online. The A6000, and other phones in A series, on the other hand, will see some of their inventories sold offline as well.

Was this article helpful?
YesNo
Photo Credits: Vijay Raj
TechPP is supported by our audience. We may earn affiliate commissions from buying links on this site.
Read Next
Lenovo Legion 5i Pro Review: Legion Or Legend?
#lenovo #Lenovo K3 Note