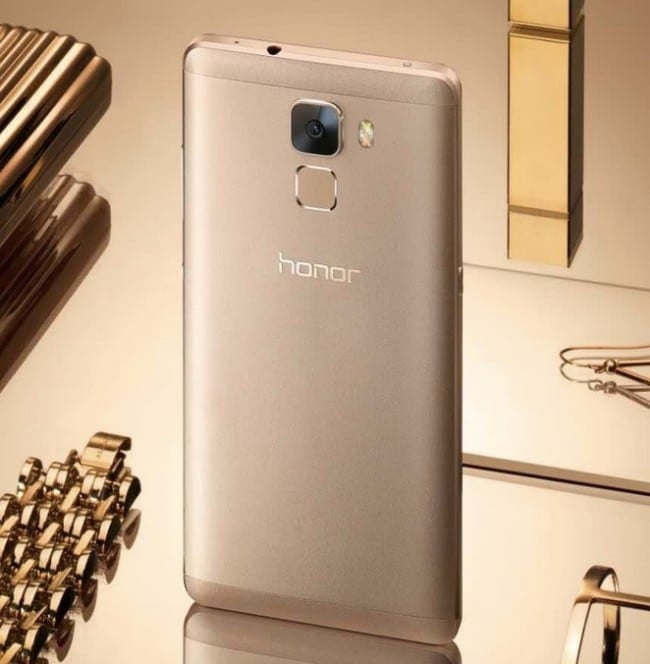 All the variations of the Honor 7 have an aluminum alloy exterior, and 5.2-inch FHD (1,920 x 1,080 pixels) display clad in metal alloy chassis. They all are powered by company’s homegrown 64-bit capable Kirin 935 processor with half of the cores clocked at 2.2GHz, and rest Cortex-A53 cores at 1.5GHz. They all possess 3GB of RAM too, with 16 to 64GB internal storage with support for external storage by microSD card.

Other features of the phone aren’t slouch either. All the three variants sport a 20-megapixel sensor rear camera with Phase Detection Auto-Focus feature. On the front, there is an 8-megapixel sensor with the wide-angle lens.

The Honor 7 is powered by a 3,100mAh battery, which as the company claims can be fully charged in less than 90 minutes. On the software front, the phone runs Android 5.0 Lollipop with company’s custom skin EMUI v 3.1.

Which leaves us to the pricing deets. The basic 16GB variant is priced at $322 while the phone in the mid echelon is selling at $355, and the top of the line costing about $400.