Apple recently introduced low-tier pricing for India and five other countries. Until now, the cheapest an app could sell for was Rs 60. Developers could set $0.99 as the base price and then Apple would convert it to the local currency for the respective country – factoring in things like local taxes. 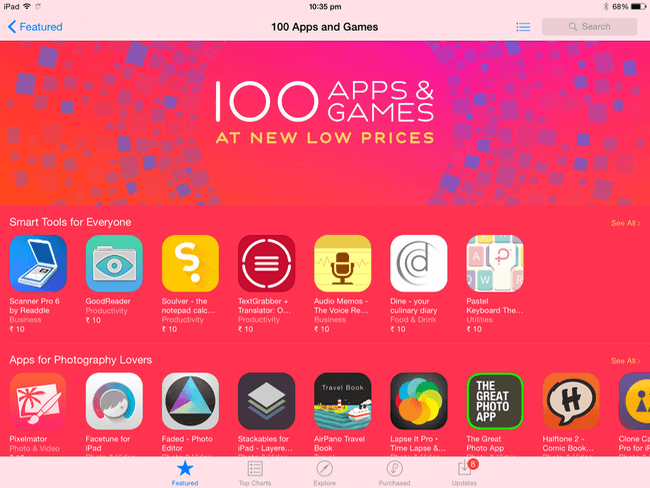 Now, developers will be free to set a special Alternate Tier A (Rs 10 / ¢15) and Alternate Tier B (Rs 30 / ¢45) pricing for their app if they choose to. In fact, this structure is already live in the China App Store. This change only reflects the iOS App Store and not the Mac App Store.

And to celebrate the fact, App Store today has a special “100 Apps and Games at new low prices” feature in the App Store. And if you’re new to iOS or never really thought of buying apps, you’re in for a treat. Because an unbelievably high amount of the apps featured in the sale are must-haves.

Talking about photography apps, there’s Faded, Facetune and Lapse It Pro that are worth checking out.

But there are mainstream games like Spider-Man 2, Dead Space, Mass Effect, Rayman Jungle Run and more.

I do wish more productivity related apps were available with the new pricing structure. I don’t think I’ll be able to snag Omnifocus or Ulysses for Rs 10 anytime soon but having apps like Clear and Drafts in this new space would be great for budding iOS power users. 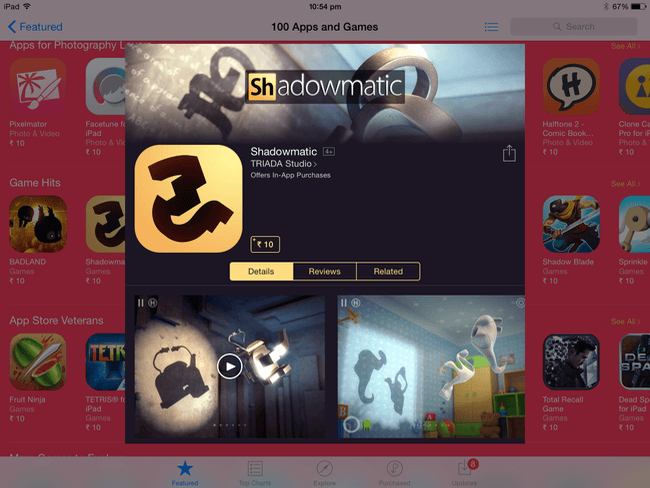 Along with India, the new Alternative Tier pricing is also available in Indonesia, Mexico, Russia, South Africa, and Turkey. In USA, a $4.99 app costs as much as an overpriced cup of fancy Starbucks coffee. In India, the converted price is a satisfying dinner for two. Clearly, the economic conditions in developing countries are different and it’s great that Apple is making strides in this area.

At just Rs 10, there’s going to be a lot less friction between tapping that Buy button. We’re finally looking at impulse buy category here. Of course, this means quite a reduction in revenue for developers but hopefully, they’ll be able to make up for it and more due to the volume.

I told about this to a friend of mine who just bought his first iPhone and he was eccentric. But the very next thing he said was “Now I just need to get a Credit Card”. And he’s not alone here. If Apple really wants to push paid apps in India, they need to enable alternative channels of payment. Gift cards, Debit Card integration or even carrier billing would help a lot. Are you hearing Apple?

Was this article helpful?
YesNo
TechPP is supported by our audience. We may earn affiliate commissions from buying links on this site.
Read Next
How to Quickly Convert Images on iPhone and iPad Using the Files App
#app store #apple