French phonemaker Alcatel has announced its newest handset, the OneTouch Flash 2, which comes with a focus on its camera, hence its name. At the moment the pricing of the handset is not known, but Alcatel is known for producing affordable devices, so it could be the case with this new phone, as well. 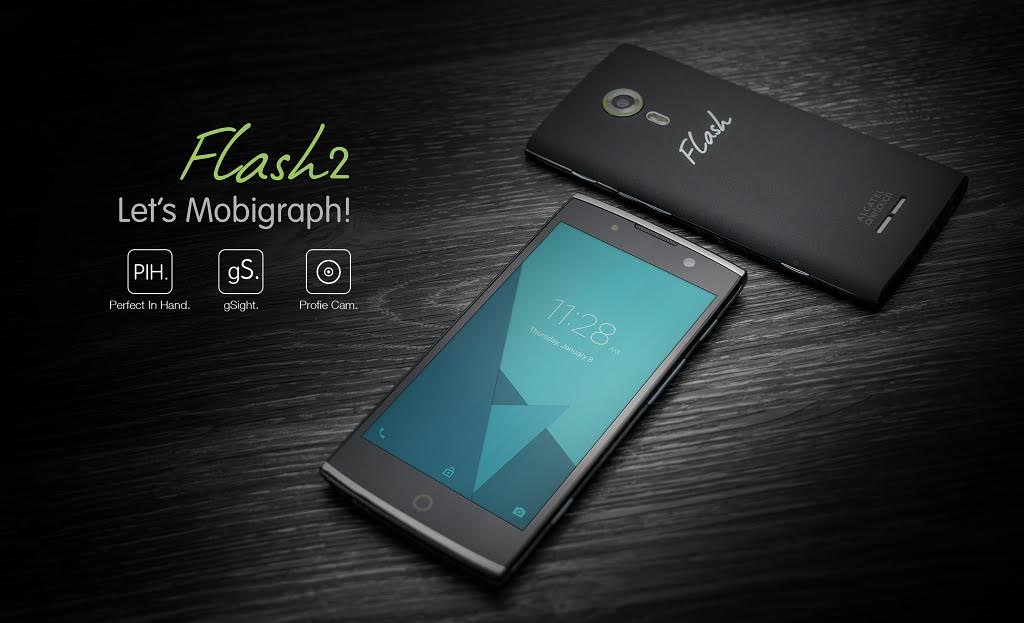 The smartphone features a 5-inch HD screen, and is powered by an Octa-Core MediaTek MT6753 processor, and runs Android 5.1 Lollipop. On the imaging front, the handset comes with a 13-megapixel rear camera with dual-tone LED flash, Phase Detection Auto Focus (PDAF) allowing users to focus a subject in just 0.3 seconds and a 5-megapixel front-facing camera with soft LED flash for an improved quality in your seflies. The handset comes with a special feature called mobigraphy. Albert Wong, General Manager, Alcatel Flash, said the following:

“Mobigraphy is not just an action, but is now a lifestyle. We understand this from the very beginning when we created the Flash series. What we have done for Alcatel Flash 2 is to continue to improve on what we already have and make it better yet at the same time continue to provide accessibility and convenience to the users to shoot their best moments.”

The OneTouch Flash 2 has dual SIM support and 4G LTE connectivity. As for its build, the device comes with a curved back and contoured sides that are said to fit in your hand perfectly. Here’s how the entire specs rundown looks like:

The Alcatel OneTouch Flash 2 is available in Volcanic Grey and Mica White colors and will roll out in Philippines, Thailand, Indonesia, Vietnam, Malaysia and Singapore starting from this month. India customers will be able to pre-order the smartphone via Flipkart, although pricing is still unknown.

Was this article helpful?
YesNo
TechPP is supported by our audience. We may earn affiliate commissions from buying links on this site.
Read Next
Android Oreo (Go Edition) Powered Alcatel 1x Announced in India
#alcatel