Things haven’t been quite great recently for HTC, and it seems that the Taiwanese company is trying hard to keep its business floating. One of the measures could involve a change in the naming scheme, with one future device allegedly going to be called simply HTC O2.

Recently the web has been abuzz with rumors and leaks related to an upcoming smartphone, which is currently known as HTC Aero. And what makes this current leak significant is that it shows a clear look at how the device is going to look like. 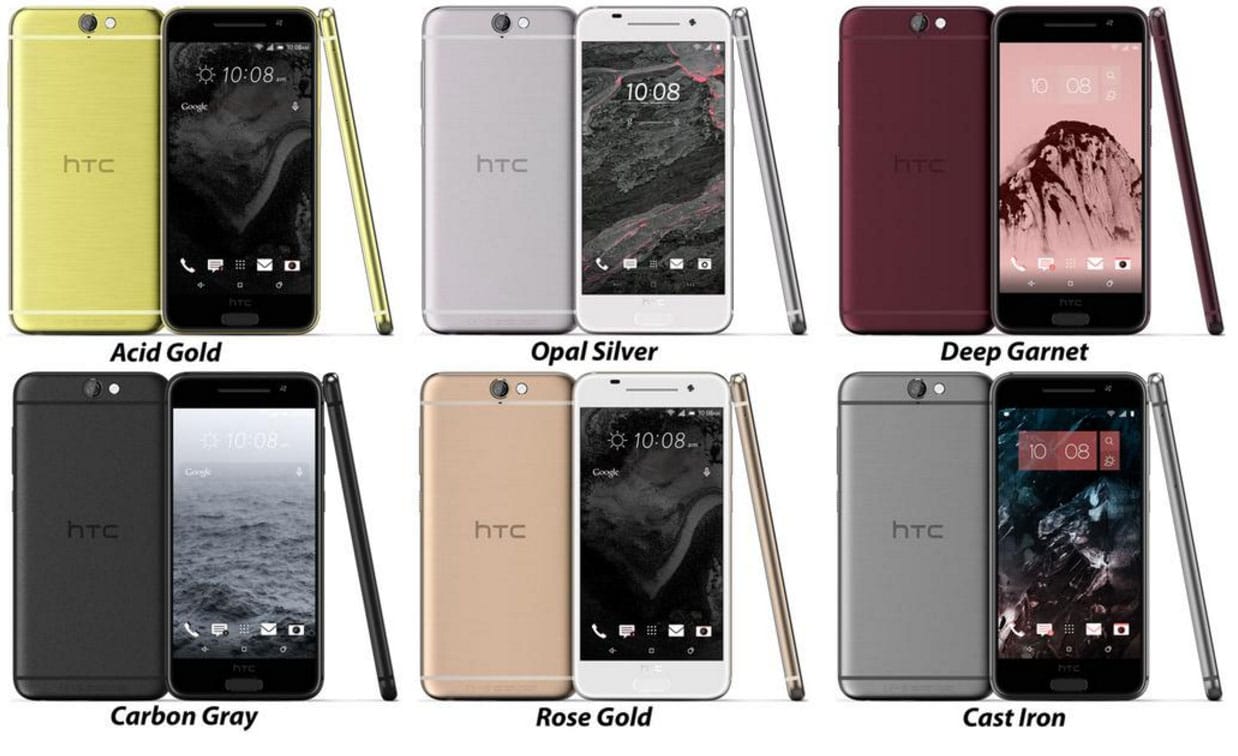 So, as we can see, this is yet another smartphone maker that has decided to adopt the design language of the iPhone 6. In my humble opinion, this is a desperate measure and could help HTC only with momentary increases in sales, but on the long run, it won’t help the company differentiate itself from the rest.

Furthermore, according to another leak from evleaks, it seems that HTC will insist with its HTC One line of products, as the full name of this device is actually HTC One A9.

By the looks of it, the HTC Aero is a mid-range phone from HTC which is said to feature a 5-inch 1080p display, a low-end Snapdragon 617 processor, 2GB of RAM and 16GB of internal storage, expandable with a microSD. It’s also said to get a 13MP camera with OIS BSI, a 2150mAh battery and fingerprint sensor. As for its build quality, the back of the phone will be metal and it will have a thinness of around 7mm.

The HTC Aero is said to be available in 6 colors, as you can see from the above image, with a release date set for this November. Yes, there’s even a Rose Gold option there, just in case you were wondering if this is really another iPhone lookalike. So, what do you think about the fact that some phonemakers simply find it too hard to innovate and decide to choose the easier path of copying Apple? Leave your comment below and let us know.

TechPP is supported by our audience. We may earn affiliate commissions from buying links on this site.
Read Next
All the Ways to Convert Images on iPhone and iPad
#HTC #iphone #SNAPDRAGON