When it comes to smartphone design, there are certain unwritten rules that almost all smartphone manufacturers follow. These rules are often dictated based on the price segment of the phone.

If it is a budget segment smartphone, you can expect it to come with little to no design edges. In fact, the design would probably be an extra in this tech film. Move up to the mid-segment; you might see different colors, textures, or patterns on the back. But most mid-segment smartphones adhere to the same design basics, making the design more or less a side character, the sort you do not give a second glance to.

It is the premium segment where design goes from being an extra or a side character to the protagonist – it sometimes even gains superstar status. It is the segment where brands often give the design of the phone as much attention as the specs and numbers, if not more. It is the premium segment phones that often come with the visual wow factor. This results in design innovations often being restricted to the pricey end of the smartphone line-up. We are not saying budget and mid-segment smartphones do not come with appealing designs; it is just that innovation in design terms almost always starts at the top in pricing terms when it comes to smartphones. It then sometimes flows to other price segments over time. Be it glass backs, flat sides, bezel-less displays, or different types of notches, they usually first get featured on a premium phone and eventually then trickle down to more affordable devices.

Mid-segment phones are all about specs, not looking spectacular

The mid-segment has more or less always been about specs and numbers. Brands often release smartphones with big and bigger specs to get ahead of their competition in this segment and mostly try to focus on these big numbers as their USP. It could be the number of cameras a phone has, how big a display it comes with, the high refresh rate, the cores or clock speed of the processor that powers it, the RAM, the megapixel count on the cameras, the battery size, the charging speed or even all of the above in some cases. Specs are really what counts in the mid-segment. To see a mid-segment phone put design front and center is quite a rare phenomenon.

This is why it is great to see a new brand in town that is turning all these unwritten rules on their heads with its latest launch.

Nothing makes the mid-segment ‘lit’ with LEDs 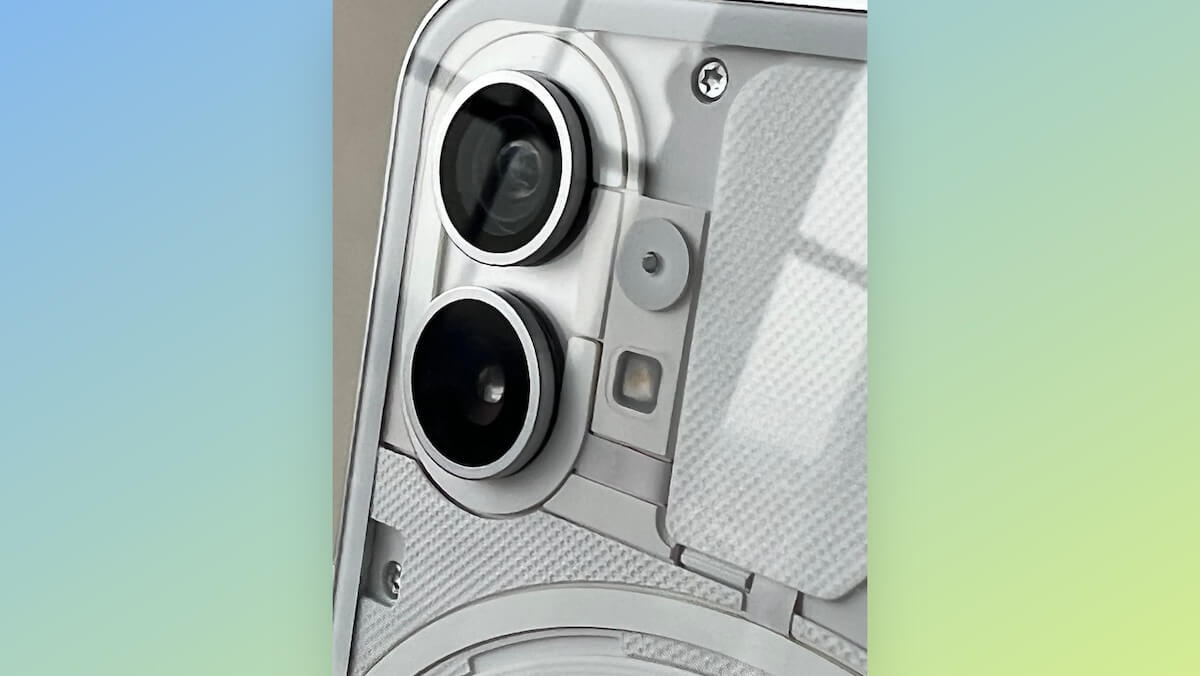 After months of hints, hype, leaks, and rumors, Nothing finally launched its first smartphone, the Phone (1), a few days ago. It was very much a mid-segment device in terms of pure hardware (processor, display, battery, etc.) and even price. Being a mid-segment device, many expected it to bet on numbers, and specs like most other smartphones do to succeed in this price bracket. Nothing of the sort happened.

The biggest highlight of the Nothing Phone (1) wasn’t a spec or a number but the phone’s design. The semi-transparent back, laden with 900 LED lights, made the most headlines. And for a good reason. While the tech world has seen some amazing smartphone designs over the years, nothing quite compares to the Phone (1) (pun intended). That semi-transparent glass back which gave a glimpse of the insides (somewhat) of the phone and those LEDs that light up in unique patterns when synced with different ringtones, grabbed the most attention. The transparent back paired with LED lights literally bought the Phone (1) into the spotlight.

No case, no charger… but still, a lot to offer 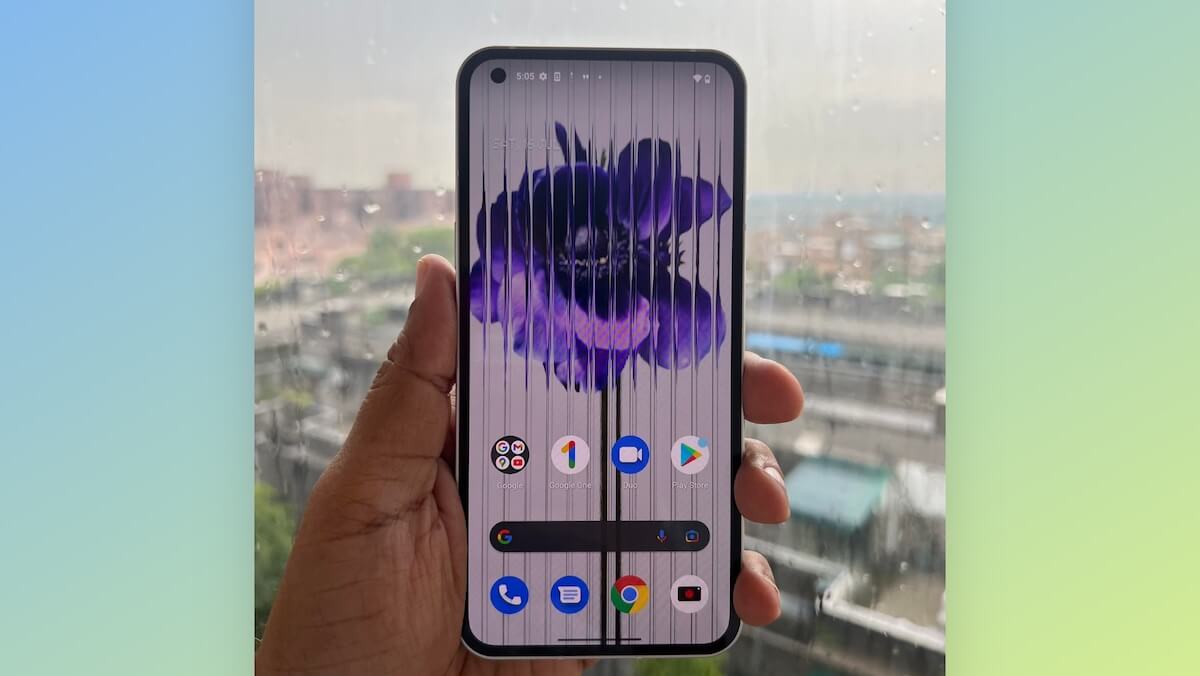 We are so used to seeing specs-price wars in the mid-segment that seeing a smartphone get attention for its design was a refreshing sight. Even during the launch of the phone, Nothing co-founder Carl Pei mentioned how the experience is paramount in the case of the Phone (1) while specs are secondary. While other smartphones in this segment struggle to keep up with the ever-ascending numbers, Nothing barely mentioned processor or charging speeds in its phone launch.

While other phones would have been severely scrutinized for not including a case or a charger in the box, Phone (1) has surprisingly avoided that by bringing something so unique to the table that the absence of a few elements did not seem to hurt its popularity. In fact, its head-turning, jaw-dropping, eye-catching design has even made many premium phones seem a little washed out in comparison. For the first time in a long, long time, we have seen a mid-segment smartphone make premium phones seem inferior in design terms in front of it, which is a massive achievement for the Phone (1).

Time to look beyond the spec sheet, even in the mid-segment 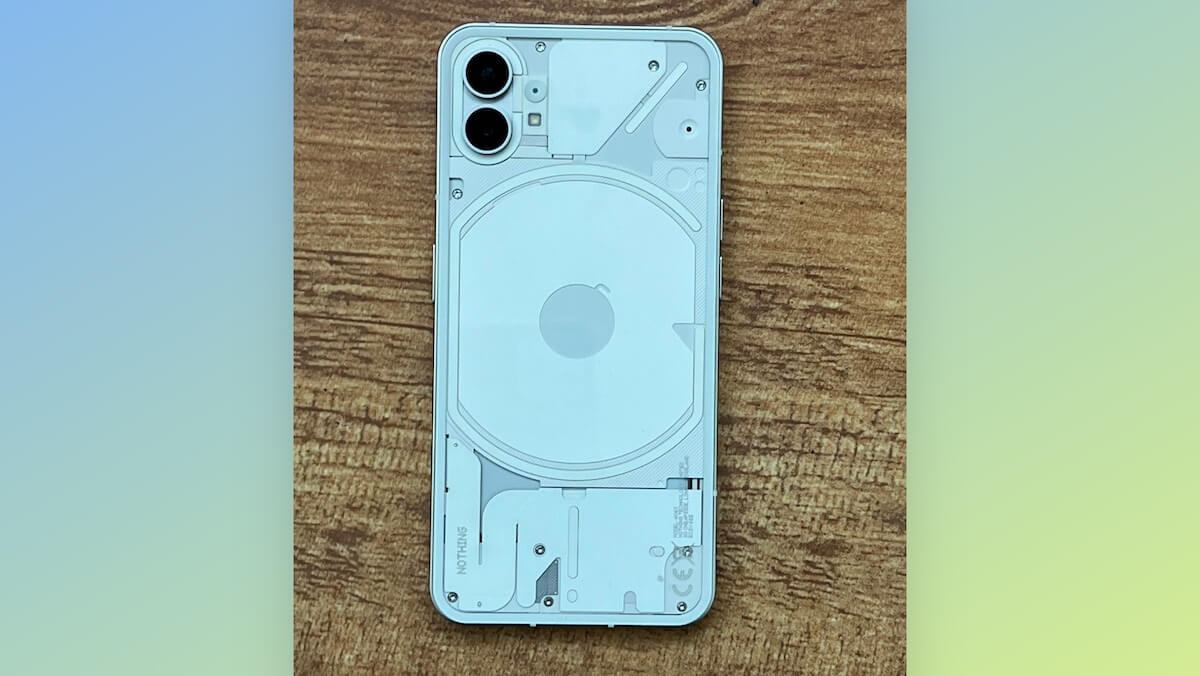 How well the phone performs will be revealed in our detailed review, but one thing is quite clear: with the launch of the Phone (1), Nothing has proved that while specs and numbers matter, they do not necessarily have to be the USP of each and every mid-segment device. Nothing has shown that something as subjective as design can also be as big a headline maker as a top-end spec or feature.

It might be too much to hope that this approach will change mid-segment phone marketing right away. But hopefully, it will open spec-chasers’ eyes and make them see a world beyond numbers.

A world with lights. Tiny LED ones.

Was this article helpful?
YesNo
TechPP is supported by our audience. We may earn affiliate commissions from buying links on this site.
Read Next
Nothing Doing! Is Carl Pei’s Shadow Going to Unsettle OnePlus?
#Design #nothing #Nothing Phone (1) #Opinion