The Pangu Team is one of the most know iOS developing team, as they are notorious mainly thanks to their Pangu jailbreaking tools. iOS 9 has been available for the wide public for only a week, but it seems that Pangu has already cracked the code with the release of Pangu 9, the first untethered jailbreak tool for iOS 9. 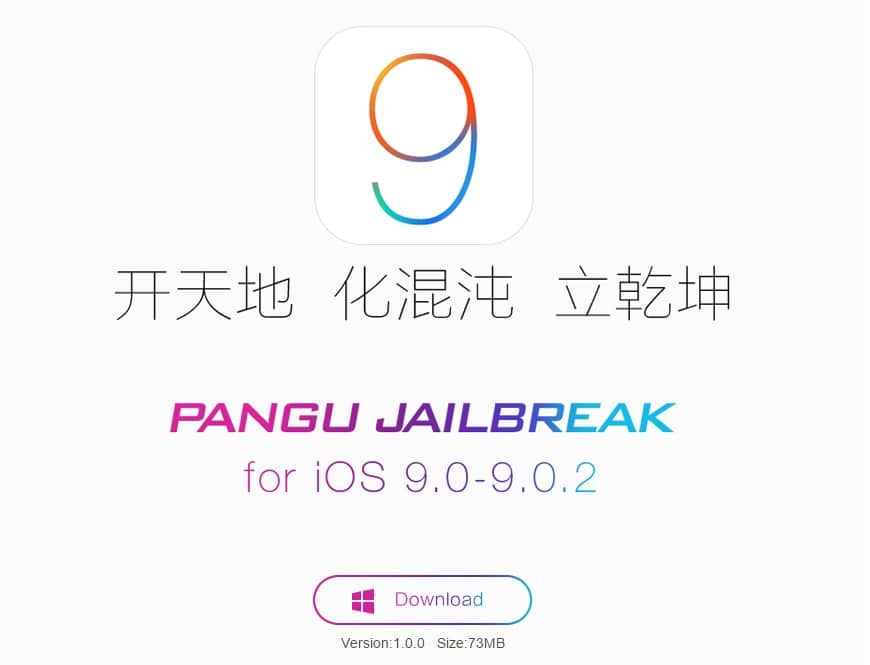 Thus, if you are looking for a tool in helping you bypass your device restrictions and enabling root access to iOS 9, you can now download for free the iOS 9 jailbreak. If you’re new to the concept of jailbreak, you should know that it will allow you to install apps and customizations which are usually unavailable through the official App Store for iOS.

The Pangu iOS 9 jailbreak is only available for Windows users at this time and works with iOS 9.0, iOS 9.0.1, and iOS 9.0.2. At the moment we don’t know if it works with beta releases, but it’s usually developers and tech savvy users who usually download them, so their number is much smaller.

Before proceeding with the jailbreak, it goes without saying that you should make a full backup of your device. You should also disable the Find My Phone, Passcode and Touch ID in settings and switch on Airplane mode. After that, you will have to connect your iDevice to a Windows PC or a virtual machine running Windows. You can also have a look at this video tutorial from below which makes it easy to understand and to follow all the needed steps.

There’s also a very useful Reddit thread that you can keep an eye on, as it pretty much works like a Wiki page for all those looking to jailbreak their iOS 9. Be aware that this jailbreak is pretty ‘fresh’, so maybe it’s a good idea to hold of installing it before you get more positive testimonials.

Was this article helpful?
YesNo
TechPP is supported by our audience. We may earn affiliate commissions from buying links on this site.
#iOS 9 #jailbreak #pangu