Tor (the onion router) is a free software that enables anonymous communication, being used by millions from all over the world. And now it seems that the team behind the project wants to make their entry in the IM market, as well. 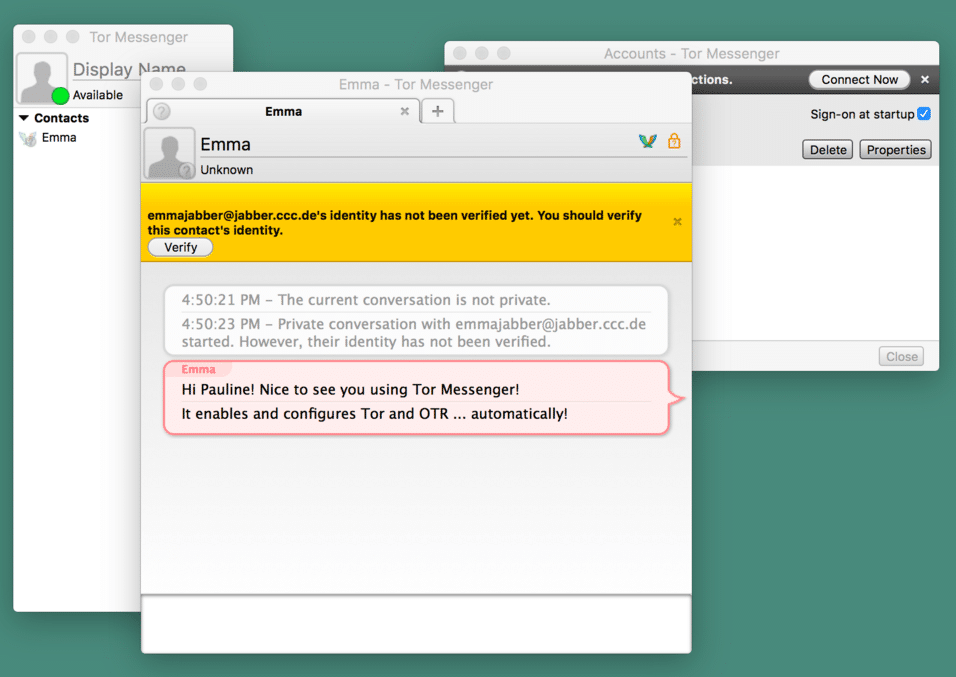 Tor Project has released the beta version of its Tor Messenger, which, as you’d expect, is a chat client which brings anonymous, “off-the-record” chats based on Tor’s secure browsing system. The new Tor Messenger is actually based on Instantbird, an instant messaging client developed in the Mozilla community.

The technology used to develop the app is built on Instantbird but all the traffic is being routed through Tor. The chat client works cross-platform and it supports a wide variety of transport networks, including Jabber (XMPP), IRC, Google Talk, Facebook Chat, Twitter, Yahoo, and others. The beta release was more than a year in the making, so this isn’t just a side project from the developing team. Speaking with Wired, Tor public policy director Kate Krauss said the following:

“With Tor Messenger, your chat is encrypted and anonymous…so it is hidden from snoops, whether they are the government of a foreign country or a company trying to sell you boots. You can use your Jabber address and your old contacts–you aren’t reinventing the wheel–but wow, much safer.”

You can download the Messenger for Linux, Windows and OS X directly from the TorProject.org website. Do take into account that this is a beta release of Messenger, so there could be bugs related to the overall usability. Furthermore, Sukhbir Singh, one of the developers of the Tor Messenger project, said that “people shouldn’t rely on this version for strong anonymity.”

VPNs aren’t perfect: Here are some of the best VPN alternatives
Read Next
Photo Credits: Wired

Instant Brands makes its foray into India with Instant Pot…
What is Tor and Should You Use it? [Explained]
After the Tevi, Lypertek releases the the Levi with wireless…
AirTag and Unwanted Tracking: Apple Releases New Privacy…
Huawei sells its Honor smartphone brand in a bid to ensure…
Lenovo IdeaPad Slim 5i Review: Slim in its Name, Strong at…