We were aware that Samsung has been working on a new camera sensor called Britecell and the company just detailed the new camera sensor at its Investor Forum. The new sensor is expected to replace ISOCELL with an increased light sensitivity in low light conditions and well ventilated pictures. 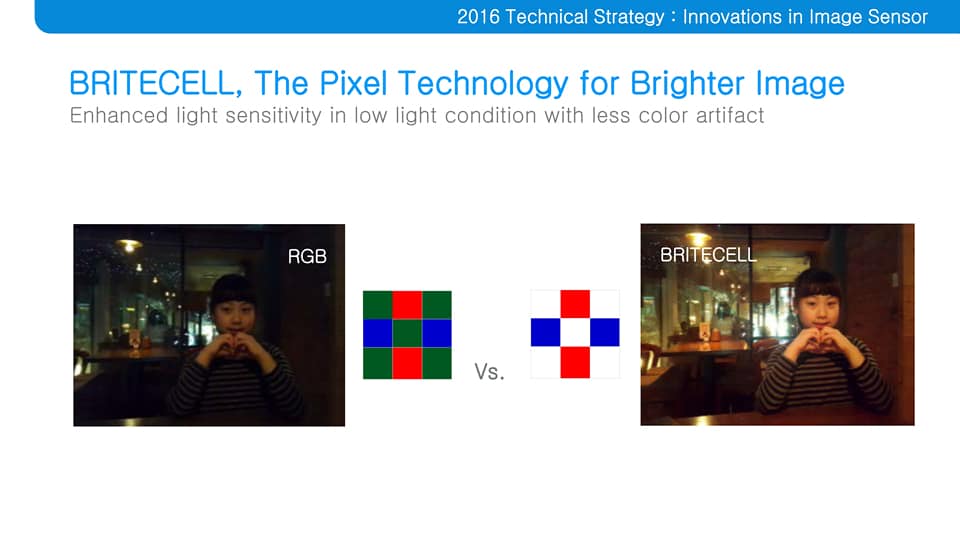 We first got the glimpse of the Britecell sensor when the trademark application was leaked earlier this month and according to the application Samsung would be incorporating a larger camera sensor. It doesn’t take much effort to guess that Samsung will most probably end up using the Britecell in its upcoming Flagship the Galaxy S7 and its siblings.

The Britecell announcement comes after Samsung recently pulled the wraps from its Exynos 8 Octa 8890 SoC which would be manufactured by the company’s 14nm FinFET fabrication process and within it will be baked Samsung’s first in house processor core which will still follow 64-bit ARM instructions.

Britecell will employ RWB color pattern to enhance the light sensitivity and improvise on the signal to noise ratio. Moreover, Samsung seems to be prepping a 12-Megapixel sensor which will boast of a ½-inch surface area, which correlates to the fact that larger the surface area of camera sensor more is the light reflected on the same, in other words enhanced light sensitivity.

In all likelihood, Samsung might also start supplying the sensors for other OEMs, since chipmaking and supplying other hardware has constituted a considerable chunk of its revenue, something that will help the company to survive any plunge in the Smartphone sales and also further subsidize the cost for R&D.

TechPP is supported by our audience. We may earn affiliate commissions from buying links on this site.
Read Next
Samsung Galaxy Fold 4 Tips and Tricks: Get the Most Out of Your Phone
#samsung #Samsung Britecell #Samsung ISOCELL