Oppo has pulled the wraps from its F-Series of phones with the Oppo F1 priced at Rs 15,990. Oppo was in the news recently after it managed to sell 50-Million units in 2015. The phone comes fitted with 5-inch HD (720p) display wrapped in a 2.5D Corning Gorilla 4 protective layering. The F1 will draw its power from the octa core Snapdragon 616 clocked at 1.7GHz and paired with a 3GB of RAM. On the storage front the phone offers 16GB of internal memory along with an microSD card slot that can accommodate up to 128GB. 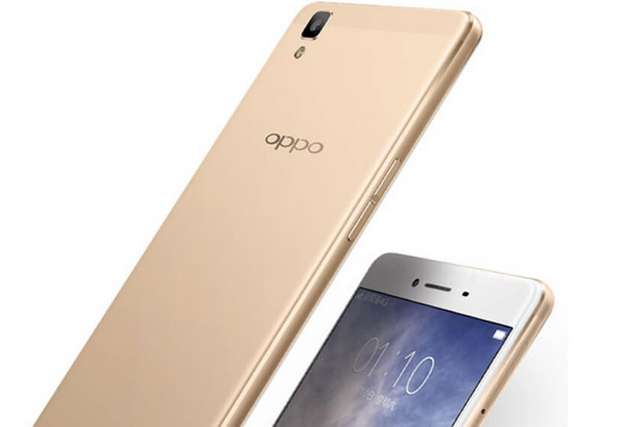 The Oppo F1 is fitted with a 13-Megapixel primary sensor with PDAF, Single LED flash and the front camera shapes up in the form of an 8-Megapixel sensor with f/2.0 aperture and 1/4′ sensor. Oppo has taken care to keep the selfie lovers happy and as a result have included features like the Beauty mode and live colour filters for the camera app. Oppo has also included the screen flash, a feature that will turn your front screen into a flash while taking selfies.

The Oppo F1 will run on Android 5.1 Lollipop wrapped in Color 2.1 overlay and will be backed by a 2,400mAh battery pack. On the connectivity front the device incorporates the usual set of connectivity options inclusive of the 4G LTE connectivity. According to Oppo the F-Series will be a blend of the design and the best camera performance, as with the F1 it indeed looks neat and the metal body adds to the elegance. It also seems that Oppo wants to cash on the selfie trend with better optimized front cameras.

Interestingly, Oppo has announced that the 4GB variant, named Oppo F1 Plus will be launching in April this year for Rs 26,990. The F1 Plus will have a bigger 5.5-inch FHD display and most other things are similar to the Oppo F1.

Oppo F1 will be available across multiple sales channels priced at Rs 15,990. Oppo F1 needs to battle out with many bigwigs including the OnePlus X, Xiaomi Mi 4 and Moto X Play at this price range and the lack of features like the FHD display can become a deal breaker. Adding to that we also have the recently launched Lenovo Vibe K4 Note and LeEco Le 1s which come with impressive set of specs and features as opposed to the Oppo F1. But then, Oppo isn’t known to compete on specs alone. Unique offerings like 2-year warranty should entice some users.

Was this article helpful?
YesNo
TechPP is supported by our audience. We may earn affiliate commissions from buying links on this site.
Read Next
Oppo Enco X2 Review: More Than a Match for the Competition
#oppo #Oppo F1