The Best 5 Parental Control Apps for Android and iOS

Toddlers, young children and even teenagers may need to be a bit overseen by their parents, when it comes to smartphone or tablet use. As you may recall for yourself, when young, you tend to invest too much time in playing games, getting lost while browsing the big bad world of internet or other stuff as such, and forget about every day duties, such as doing a proper homework. With that thought in mind, today we’re going to showcase a small but comprehensive collection of tools and applications that can enforce parental control over Android, iOS other type of devices.

Some of these tools below also go beyond the scope of just limiting the time spent on browsing, or forbidding the installation of certain applications, and can actually go all the way to cutting internet access itself for the mobile device after a certain amount of time and more. Also, you will find a certain group of apps that can track the location of your kid, but we have consciously tried to stay away from those that record phone conversations or text messages.

Also Read: Parental Control on Android: System Features to Use

5 Parental Control Apps to Use 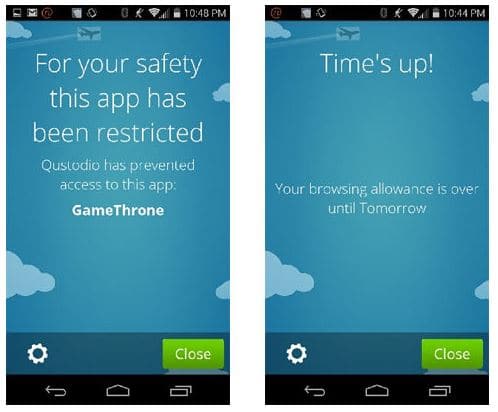 Qustodio is an application that has been created with an eye for the entire family. It is one of the few out there that offers an easy-to-manage interface for multiple users. Costing up to $45 / year, this application can monitor up to five different devices, a limit which also includes Mac computers and Windows-based PCs. Built with iOS in mind, Qustodio also offers its own filters for Safari, which can set a time limit for browsing, filter unwanted pages and also receive reports of the web activity and the searches performed.

Besides browsing, Qustodio can also enforce controls on a area of installed applications, but not on all. Even though it’s far for perfect or complete, with some of the filters enforced striking out from time to time, we deem Qustodio ideal for those that have multiple kids to keep an eye on. 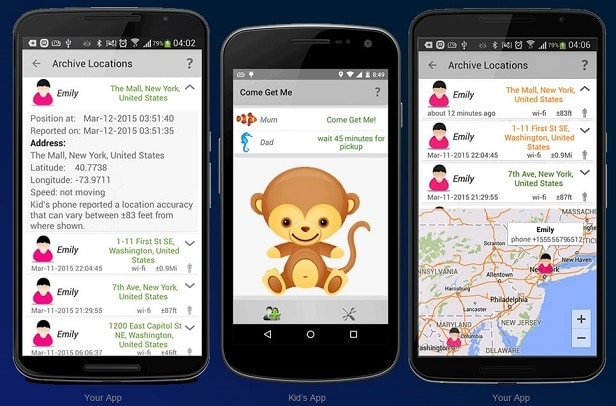 Suggested by one of our readers, the Where’s my kid? application brought by allgoodparenting specializes solely on tracking down your small one. Even though accurate location requires a solid GPS reception, this application is able to track the phone / tablet inside large buildings like malls or small houses, and can even work in other countries as well. Those willing to purchase the Professional edition can also receive location updates when the kid is located in places without an internet connection.

For locating purposes, the package uses GPS satellites, the cellular network itself and even plain old Wi-Fi. All of these location points are being marked on a map and stored in history log, with punctual data such as date, street address, map coordinates and even speed.

Speaking about speed, the application is able to track and signal the parent if the toddler has begun a journey using a vehicle, and if that vehicle is traveling at dangerous speeds.

Another wonderful concept that we love, is the ability to send one final location information, when the child’s phone battery is getting critically low. All of these paired with the ability to track up to our devices, a nice and streamed user interface make it quite a variant. Oh, you can also message the kid right from the application itself, and the child receives a smaller variant of the app, which is able to sent alerts towards the main companion, alerts such as Come and Get me and so on. 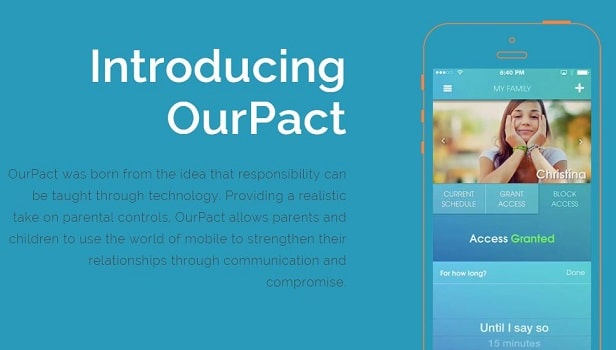 OurPact is considered by most tech-savvy users out there as one of the most complete, stylish and easy to use parental control apps. With its iOS version already working and the Android counter-part in the works (those interested in Android have to sign-up and they will be notified when the app launches), OurPact is one of the apps that focuses mostly on limiting the time that children spend on their mobile phones. Unlike the majority of options out there, the strong point of OurPact is the fact that it can limit Internet browsing and application use through timers.

Among features users will find, the ability to manage the entire family through a single interface, with an administrator application being installed on the parents phone and counter-parts installed on devices used by children. Moreover, the parent receives a professional dashboard from were all the tweaking can be done.

In this dashboard, the parent has the possibility to schedule a child’s device according to their daily routine, by blocking access during homework time, or through bed-time. The same goes for internet access as well. All of these routines can be immediately disrupted or enforced at a push of a button, in case something important comes up.

Las but not least, the parent can also set-up some standards and agreements with the kid (such as doing household chores) and once those activities are completed, they child can be rewarded or punished.

The MMGuardian application for Android goes up to the limit of parental control, allowing parents to block incoming calls and text during a set interval, but also monitor text messages that have been marked as alarming. Besides the usual time schedule that can be enforced on the device, a schedule in which apps cannot be used, Internet browsing is restricted and so on, this application can also locate the child in needed circumstances.

Another hefty feature is the ability to manually block the child’s phone using a text message, in case the phone has been stolen. At the end of the day, the parent also has the possibility to receive a comprehensive report about the child’s phone usage and other interesting bits.

When it comes to filtering, the parent can mark some applications as always restricted, while others can only be allowed from time to time. Internet browsing can also be filtered, with some pre-defined filters that can be enabled, or disabled. Some of these filters can be seen in the image above, and the monitor access to adult dating, alcohol and other dangerous internet-found subjects such as anorexia. Moreover, you could also set a children age range, which will then automatically filter websites.

The app is free to use, but comes with in-app purchases. 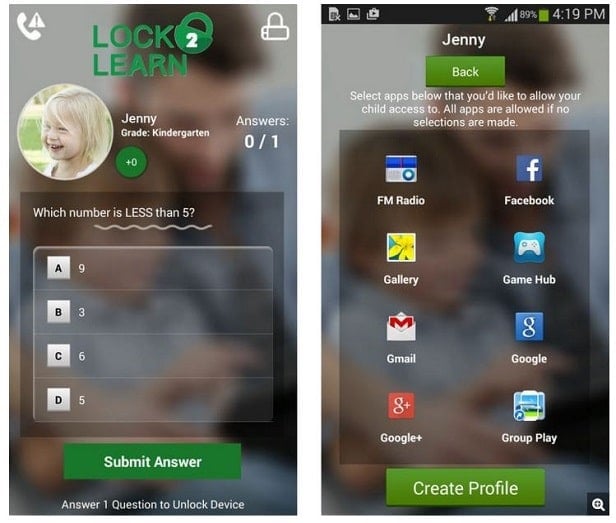 Lock2Learn is a free Android application that takes a different spin at parental control. For instance, the scheduled time-lock has been replaced by periodical quizzes and tests, based on multiple areas such as Math and English. Simply enough, only when these tests are being completed successfully the device will be unlocked.

The application itself offers around 50 questions for free, which can be set for various knowledge levels, ranging from kindergarten thorough the eight grade. For more questions, parents will have to pay around $2 using in-app purchases. Settings-wise, parents can tweak how frequent tests will appear on the screen and how many questions will those tests contain. After unlocking, you can also set which apps are available for access and at the end of the day, a report on how much time your kid has spent with each up will be displayed.