“Why is Xiaomi continuing with the flash sales model? It results in a lot of customers being disappointed and not getting the device!”

It is a question that has been asked a number of times in different ways, once even in an expletive embellished headline on a notable blog, ever since Xiaomi started selling phones in India. The company might have made itself one of the most noteworthy players in the intensely competitive Indian smartphone market, thanks to its ability to offer well-designed and well-specced devices at surprisingly affordable prices, but its mostly online-only sales model has tended to rub consumers up the wrong way more often than not. 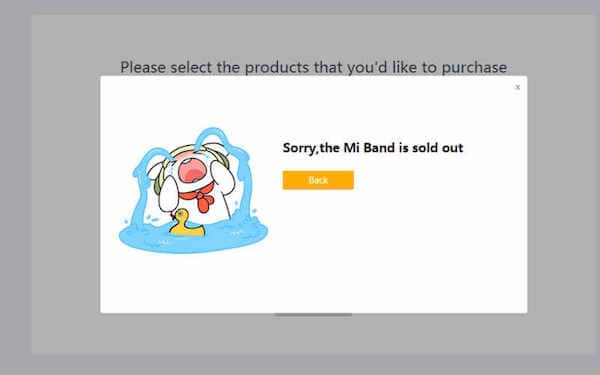 For most of its devices, Xiaomi follows what is called a “flash sale” model. The device goes on sale on a particular website at a specific date and those interested in purchasing it have to register for the sale. When the sale opens, only those who have registered are allowed to try to purchase the device and in some cases, they are unable to do so as the product sells out very rapidly. “It is like a gun fight in a Western,” Ashish Bhatia, former editor of PC World India, had remarked to me. “Only it is not the speed of your draw (pulling out your revolver) that matters, but how fast you can click the ‘buy’ button after logging in.”

And it is this dependence on the “speed of clicking” that has annoyed many people who want to buy a Xiaomi device. Rare is the flash sale date that passes without people complaining that even though they had registered, they were unable to buy the device simply because by the time they logged in, it had been sold out. “Gone in sixty seconds” might be a great headline for a Hollywood blockbuster or a press release, but hidden behind it is the angst of a lot of angry potential consumers who feel annoyed at being unable to get a device in spite of registering for it and being willing to pay for it.

And it is this that prompts the query with which we began this article: why does Xiaomi persist with a sales model that seems to generate so much dissatisfaction? Why does it not simply go for an “open sales” model, that allows people to just go to a Web page and purchase the device, without all the fuss about registrations and codes and the like?

“You mean devices won’t be sold out very fast if we put them on open sale?” Hugo Barra, Xiaomi’s vice-president answers the query (which was put to him yet again at the tear down of the Mi5) with a wry grin. “You are actually telling me that removing the registration process will result in slower sales, allowing more people to buy the phones? If you don’t have to register, phones will not be sold out in a few minutes?” The grin goes from wry to incredulous.

According to Barra, the issue is not the flash sales model, but simple economics (something we had pointed out in a more generic article on the subject). “Demand and supply,” he says. “As long as demand is much greater, goods will be sold out fast. You cannot fight that. Even if everyone can buy the phone, it will STILL boil down to how fast you hit the ‘buy’ button. The Flash sales model is our attempt to add a little order to the whole process – it is not perfect but it does let us know more about those who are applying and in the case of some people who are unable to get through even after multiple efforts, even offer to help.” A prime example of this was Xiaomi’s special offer of 25,000 units of the Mi 3 to only those consumers who had tried unsuccessfully to purchase the device at least five times post the device’s launch in India (the number of people who were unable to purchase the device had made us call its launch a “triumph and a tragedy”)

And it is for this reason that Barra says that Xiaomi has no plans to step away from the flash sales model in India as of now. “When you have limited units to offer in the market, you do run the risk of those not being able to purchase it being unhappy. And it is understandable,” he shrugs. “The perfect solution would be for one to have as many units as one wanted. That, alas, is never the situation. Would consumers be more happy if they were unable to buy a device that went on open sale and was still sold out in a few seconds? That happens too, doesn’t it? And it’s not just about being only online. Phones get sold out in retail stores too, don’t they? It is demand and supply.”

He does, however, point out that Xiaomi has tended to move products to an “open sale” model once supply has increased (cynics insist this is when interest in the product has died down). But when the product is new, supplies are limited, and consumer interest high, then the company falls back on the tried and tested flash sales model. There are some who believe that manufacturing more devices in India might tackle the supply issue, but until that happens, one will have to simply live with flash sales.

So come April 6, the Mi5 will go on sale. And given its blend of specs and price (and limited supply) it is a fair chance that it will be sold out reasonably fast. Critics and unsuccessful purchasers might carp about not being able to get it, but we doubt that it will convince the company to change strategy. Not yet anyway. And contrary to what many had predicted, dissatisfied consumers do not always go for another brand. “Xiaomi would have been dead and buried if consumers who could not get a phone at a flash sale immediately went and bought another at an open sale,” an executive from one of Xiaomi’s competitors told me wryly. “It is like going to see a high-profile film. If you don’t get a ticket, do you decide not to see it at all? Some might. But most will simply queue up for the next show.”

Want a Mi5? Register for it.

Oh, and practice those mouse-clicking skills.

Was this article helpful?
YesNo
TechPP is supported by our audience. We may earn affiliate commissions from buying links on this site.
Read Next
With Redmi A1, is Xiaomi Resurrecting the Android One Dream, but Without Google?
#Flash Sales #xiaomi #Xiaomi Mi5