Hate Them, Curse Them, But Gadget Flash Sales are Here to Stay!

Those headlines had surprised us when they first appeared on the horizon in 2014, following the surprisingly quick sales of the Xiaomi Mi 3 and Redmi 1S (we had written about it being a triumph and a tragedy, remember?). Today, we just nod wearily and carry on. For, like it or not, these flash sales where gadgets get sold out literally within seconds of becoming available have become a part of our digital existence. Be it the Yureka, the ZenFone 5 or the Redmi Note 4G, “gone before you know it” could be a tagline that accompanies most “exclusive online” sales. 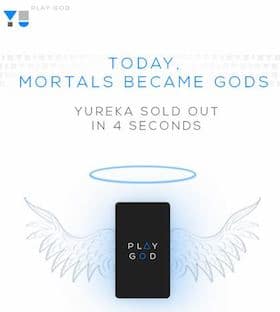 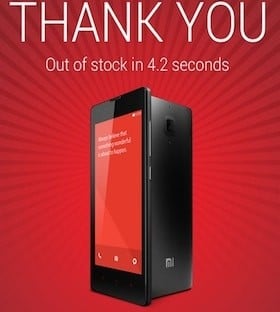 In some ways, these sales have almost taken on the status of a lottery draw. The prize is something very good, almost astonishingly so (the Xiaomi Mi 3 at a mere Rs 13,999 or the YU Yureka for just Rs 8,999), and is coveted by thousands. People register to get a chance to avail of the offer (a bit like buying a lottery ticket, only this time there is no actual payment involved). And then on a given day, a portion of those who had registered would be actually able to avail of the offer. Those able to get what they signed up for would be delighted, but there would inevitably be many more who would go home disappointed and disgruntled.

That is pretty much the scene with ‘flash sales’ in India at least so far. In many cases, devices at seemingly outrageously low prices get sold out within seconds to those who had registered to buy them. Mind you, a large proportion of those who register are unable to get them because stock more often than not is limited.

This last circumstance has led to a number of people calling flash sales unfair. “How on earth can you expect me to be there exactly at a particular time and click the mouse when the device is getting sold out in a few seconds?” a friend of mine snorted, raging over missing a chance to grab the Yureka (yes, it was sold out in ten seconds!). He is not alone. A friend in the media was so annoyed that he even suggested that such sales be termed illegal – “if you do not have enough supply, why are you selling in such a large market?” he bellowed at a slightly beleaguered Amazon executive after the OnePlus One got sold out within seconds.

Well, the bad news for my colleague and friend and thousands of others is that flash sales are not likely to go away any time soon. If anything, they might even become more frequent in the coming days.

“We know we are not being able to get to as many consumers as we would through conventional retail,” a senior executive of a Chinese phone manufacturing company explained over coffee. “But look on the flip side: our logistics costs are far lesser. We do not have to spend time trying to convince retailers and wholesalers, some of whom make extravagant demands (overseas trips, free units for friends, etc), provide marketing material like flyers and posters, and also follow up on payments and stock status. The amazing price you get to see on those devices? It is because we stick with one online retailer, keep promotions largely online and because our overheads are far lesser.”

And of course, that low price also means that more consumers line up to purchase the device. Which in turn leads to very quick sell outs. “Let’s face it – ‘sold out in ten seconds’ is a headline no one minds,” said the executive. “We know there will be dissatisfied consumers too, but the fact is that if you want that kind of insanely low price, this is the sort of model that you will have to put up with. The Nexus 6 and Moto X were very good devices with excellent reviews but they did not get sold out in seconds, did they?” he points out.

Another comparison that these flash sales have invited is that with high profile films. Cinema halls announce the arrival of the film weeks in advance. People line up for hours to get a ticket, and more often than not, many come away empty handed. But promptly line up again for another show.

“It is about perceived value,” I remember being told by a marketing consultant. “If you think it is worth lining up for, you will. Because the anticipation of the joy of getting it is far more than that of the disappointment of missing out.”

And so far, Indian consumers seem to be more than content to line up. For every scream of disappointment that followed the quick sell out of the OnePlus One, there was an appeal for invites (you need one to apply to get the handset). Every person who cursed Xiaomi or YU for not giving him or her a chance to buy a Redmi Note or Yureka, was also keeping a wary eye out for when they would be available again.

Simple economics again. Supply and demand. And right now, demand for these devices is far outstripping their supply. Yes, the manufacturers could take other routes to increase availability, but the costs involved – whether of manufacturing or of retail and distribution – would be significant. “We will eventually end up selling the same number of phones that we do in a year. Only we will do it in batches,” the executive explained. “And if the product is good enough and well-priced, you don’t have to worry about checking on remaining stock. Everything that you put out will get sold out.”

There is a catch, mind you – that of the product being “good enough and well-priced.” There have been other gadgets sold exclusively online that have not generated the kind of response that a Yureka or a Mi 3 have. BlackBerry’s Passport and the Samsung Galaxy K Zoom were also online exclusives initially but did not sell out as rapidly. “They would have if they had priced them at about half of what they eventually did. Could they?” the executive said with a wink. The price tag, in particular, does seem to play a major role in these sales – as a rule, devices perceived as expensive do not get the multi-second response that lesser priced ones do. “Other brands tend to decrease prices to generate sales. We keep our prices low to get them,” Xiaomi’s Hugo Barra had pointed out at the launch of the Mi 3 in India last year. It certainly seems to work.

Low costs, low prices, low supply, high value, high demand… all those add up to multi-second sell outs. The manufacturers love the low costs, the consumers love the low prices. No, not everyone will get the insanely priced phone or tablet that they are so keen on. But in the end, the sheer perceived value will make people register and try for it yet again.

As long as manufacturers can keep hitting the uber sweet spot in the pricing-performance ratio, flash sales are here to stay. Curse it, live with it and oh, do remember to register. You never know…