We have witnessed a couple of follow me drones and some of them like the Lily were extremely impressive. Hover Camera is yet another follow me drone that weighs in at just 238 grams and can be folded and tucked away easily. Now why we emphasized on the weight is the fact that it lies well within FAA’s limit for mandatory hobbyist drone (250gms) registration, all thanks to the light material used for its construction. 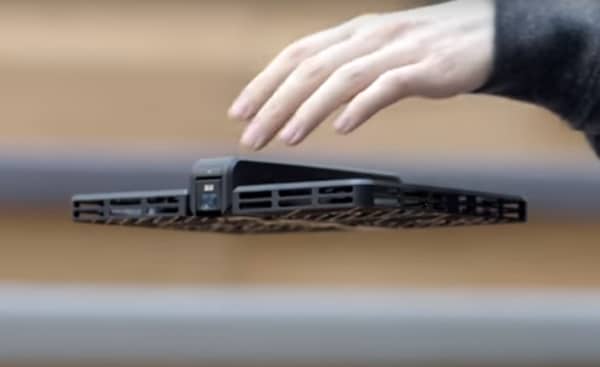 As we can see the four propellers are guarded by a caged enclosure made up of Carbon Fiber and this will ensure that you don’t damage the propellers during an accident. The caged propellers also boast of an increased level of overall safety. The company has told Engadget that the Hover Camera had to be built completely from scratch since using off the shelf component for such a small devise would not be recommended. 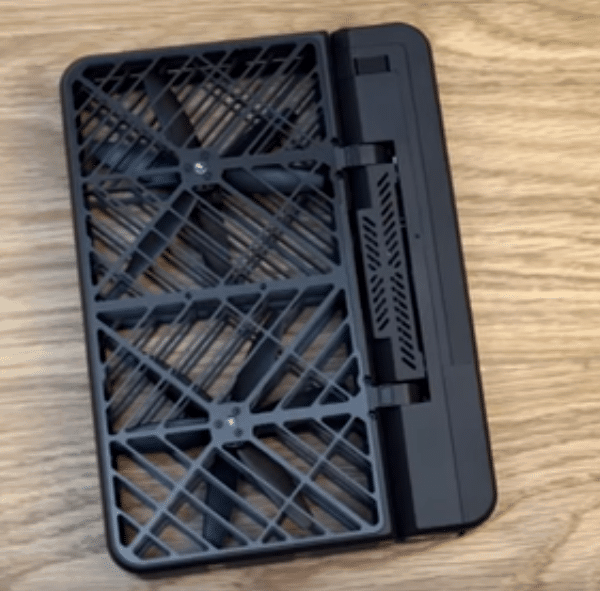 The highlight of the drone is the 13-Megapixel camera that is also capable of shooting 4K videos. The camera comes accompanied with a dual-tone flash and it uses electronic stabilization. The Hover camera can also capture the video with a 3-Megapixel camera fitted on its underbelly. The guidance system is made up of several sensors including a Sonar at the bottom. Now the drone doesn’t actually come with an controller and all you need to do is drag both your fingers to control the altitude and the horizontal direction while the camera’s pitch and drag can be controlled with a single finger touch.

The app also comes features like 360 Panorama mode, face tracking, body tracking and also other super cool features like gesture control and orbiting mode will be added later. The Hover Camera comes from a startup called Zero Zero Robotics and pretty soon the company is expected to come up with an entire line up of drones. At this juncture it is still not clear on when the Hover Camera drone will be available but the price tag is said to be below the $600 range which is not bad at all considering the features on offer.

Was this article helpful?
YesNo
Source: Get Hover

TechPP is supported by our audience. We may earn affiliate commissions from buying links on this site.
#FAA #Follow Me Drones #Hover Camera Drone