HP has been lately experimenting with Niche products like the Spectre 13 which was lauded as one of the best looking laptop. Now Hewlett Packard has once again shifted their focus to the Omen gaming hardware which was introduced a couple of years back. The Omen line-up is set to appease the gamers and the base model (15.6-inch) starts at a rather impressive pricing of $899. The 17.3-inch model would sell at $980 and the very fact that HP is ready to support VR headsets including Vive and Oculus comes as an icing on the cake. 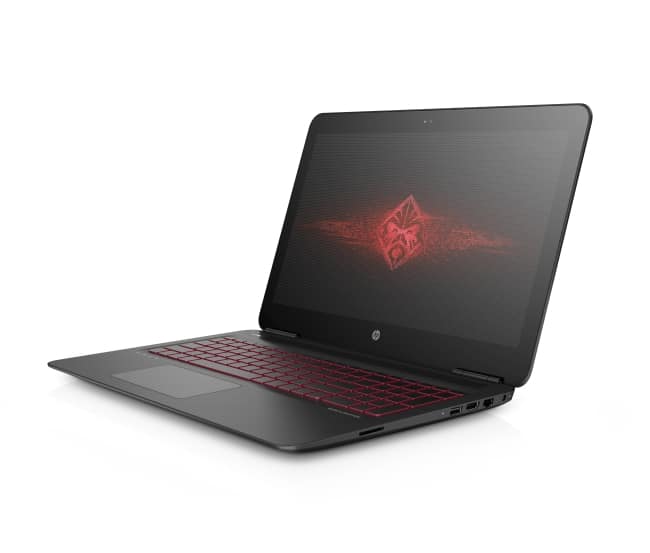 The laptops are configurable and will support up to NVidia GTx 965M graphics and the latest Intel Core i7 processors. The upper limit for the RAM slot is set at 16GB and the hardisk can be either a 512GB SSD or a 2TB hardrive. It seems to us that HP has intentionally toned the hardware to keep the base price low.

Obviously if you are a gaming freak and it is only the best that can satisfy you don’t fret, the top whack hardware in the Omen desktop shapes up in the form of Intel Core i7-6700, 32GB of RAM, a 512GB SSD and a 2TB hardware. This Omen desktop looks like a formidable option if one is looking out for a gaming rig. For those who are in the habit of overclocking the CPU to squeeze in the most of the processor, HP will also be giving out an option for water-cooling unit. All said and done the Omen line up seems to be highly customisable according to ones needs and this has always been one of the primary concerns for gamers.

Supplementing the Omen desktop is a 4K enabled 32-inch monitor with variable frame refresh rate. The QHD display is expected to work in tandem with the Omen desktop Rig. However, HP is yet to announce the pricing for the monitor. The entire Omen laptop lineup is expected to be available starting from July 10 across various online outlets, the desktop and the monitor will be delayed till August.

Just like most of the other laptops, HP is also offering Intel RealSense Camera and expert tuning by Bang & Olufsen. Another impressive feature is the inclusion of fast charging feature and battery life of up to 10 hours on select model.

It is refreshing to see HP making a comeback in the gaming hardware scene. This also reminds me of how well the company touted the gaming aspects of the HP Pavilion Gaming. In a nutshell HP wants a piece of the entry level and high end gaming hardware market and with this it wants to take on the likes of Dell’s Alienware which for long has been known for being a gamers delight.

TechPP is supported by our audience. We may earn affiliate commissions from buying links on this site.
Read Next
With Football Manager 2023 Touch, Apple Arcade finally has its “killer ...
#gaming #hp #HP Omen