As humans, we tend to derive inspiration from our surroundings is it the setup of our neighborhood restaurant or the stylized font in the museum. Now what we usually do is capture the things on our camera and try to use it whenever needed, but again the image is not worth so much as one would need to design the things from scratch. In a bid to solve this problem, Fiona O’Leary, a student at the Royal College of Art has developed a device called Spector which would allow one to capture any font in the real world and open it up in the Adobe InDesign. 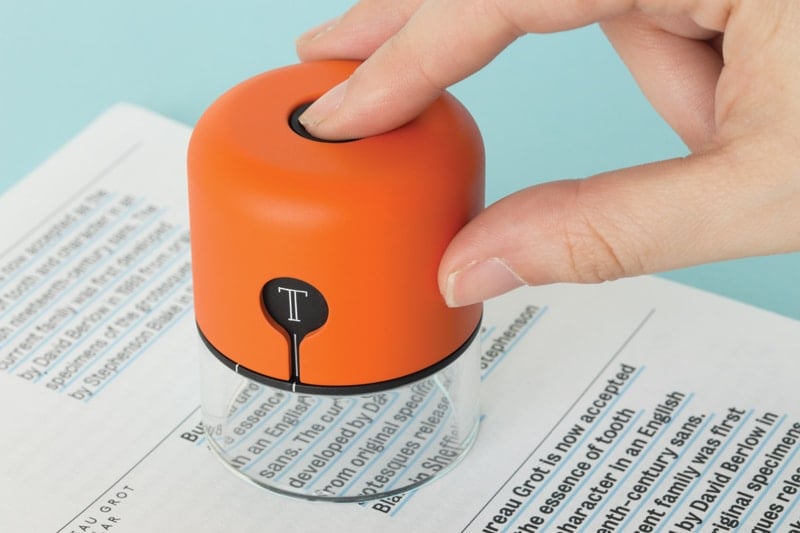 So what Spector does is that it captures the image of the object and then hands it over to an algorithm which corroborates the same with the database in order to find the match. As expected, the algorithm breaks down the image into Unicode and other related information which will eventually help it to match the same with the database. Apart from the fonts, the Spector also captures colors and converts it into CMYK/RGB.

As of now, the Spector prototype recognises seven different families of fonts and can also identify the subtle details associated with the fonts. Font identification tools have mostly been web-apps and we were yet to witness an out and out font recognition tool. Then again, it sets us wondering do we really need a physical device or rather an app would suffice.

The Spector is still a great device that will let us capture the things we like and take inspiration from the same. Next time you see a crazily styled billboard or an old signage in a library, you will know how to identify the font. Moreover, it would have helped a great deal if the device also supported basic character recognition feature and maybe a translator as well, but again it’s just a wish list. It is also important to mention that this device might actually contribute to the rather complicated problem of typeface piracy.

TechPP is supported by our audience. We may earn affiliate commissions from buying links on this site.
#font detection #Spector