The crazy and cruel world of smartphone biz has taken yet another toll. IUNI, the sub-brand of Gionee, is officially shutting down and has filed for bankruptcy in China. The company sprung up around the same time as OnePlus, and aimed to take on internet exclusive brands like Xiaomi and Honor, with their high performance to price ratio smartphones.

In fact, during its short stint of around 2 years, the company managed to deliver some stunning smartphones like IUNI U2 and IUNI U3, the latter being a QHD (2K) display and Snapdragon 810 for just 1999 Yuan at launch (this was almost an year back). 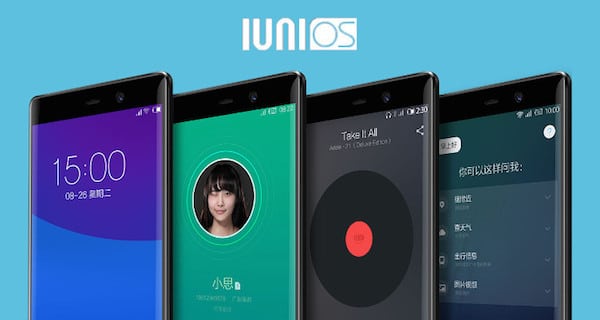 Since 2016, the mobile phone industry has seen extreme volatility. Almost everyone is finding it tough to keep up the growth, thanks to stagnating markets and cut throat competition. Some like Huawei, Oppo and Vivo have managed to keep up impressive growth, while others like Xiaomi and Lenovo have struggled a bit. Coolpad too found it tough and was eventually acquired (majority stake) by LeEco recently. And we hear the financial health of other several small Chinese brands are quite rough as well.

There were some reports of things getting out of hand a couple of months back, but this is the first time we are hearing the actual demise of the brand. In an official statement, Shenzhen Hing Wah Building Pericom Technology Co. Ltd., the official parent company of IUNI has blamed the recent industry downturn, internal discord among shareholders, management mistakes and others have led to this bankruptcy. The company has offered two options to its suppliers who will also have to bear the burn: one, cash settlement at 50% discount, and two, getting back the unsold phones at cost. 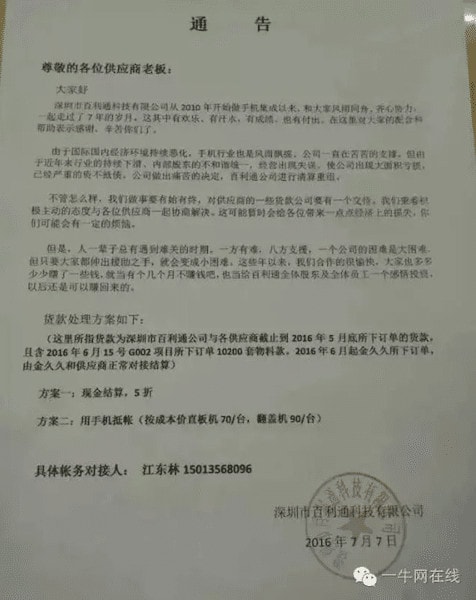 Looking at the letter above, it appears that the notice was generated on 7th of this month. Incidentally, Gionee is launching the M6 and M6 Plus in Beijing tomorrow. The parent company which owns IUNI has managed to stay afloat with strong focus on offline market in India, but has definitely taken a hit with the entry of its Chinese brethren like Xiaomi, Honor, LeEco and Lenovo into the Indian smartphone market.

We are yet to receive any official statement from IUNI or Gionee about this, but we will be reaching out to them for the same. As and when we hear something, we shall be updating this post.