Recently, Wall Street Journal reported that Google was trying to pivot the Google Fiber from a wired initiative to a wireless initiative. Google Fiber started as Alphabet’s attempt to enter the wired broadband segment in 2011. While that was way back in 2011, Verizon with last year’s acquisition of AOL and this year’s acquisition of Yahoo is trying to expand beyond its core wired and wireless operations. 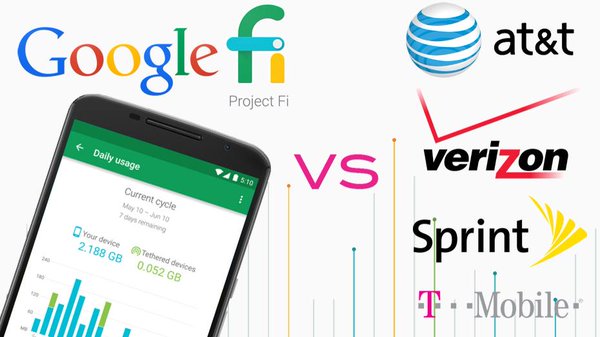 There has been an attempt by tech companies to gain some revenue share from connectivity (telecom) companies while at the same time there’s an attempt by telecom companies to gain some revenue share from tech companies. Google might be a tech company at its core, but Project Fi, Google Fiber, Project Loon etc are definitely the attempts to eat into the revenue share of connectivity providers. Similarly, Verizon is primarily a telecom/broadband provider, but Go90, AOL, Yahoo and Awesomeness TV are attempts by it to branch out of its core business. But will these efforts be successful? We’ll try and explain the differences between running a tech company and a telecom company.

Capital investment of a telecom network or a broadband network is very different from capital investment in an internet service or software. Capital required is HUGE when it comes to telecom and broadband. Telecom companies need to buy spectrum, then buy equipment from networking companies like Ericsson or Huawei and deploy those equipments on towers that they rent. All this often costs millions or billions of dollars.

Same goes for broadband. If a company wants to deploy a broadband network, they need to dig trenches and lay down fiber to connect to individual homes. Apart from this, the company would also need to own or rent submarine cables for international data transmission and create a backbone network to route data all the way from data centers to the customer’s premises.

By comparison, the capital required for starting a software company is negligible compared to that of a telecom/broadband operator. Most of the times, a software company just needs a few hundred thousand dollars of seed money which they can use for hiring coders, office space and other logistics. With the rise of public cloud computing, most startups don’t even have to build their own data centers. They can just rent compute and storage capacity from public cloud services like AWS or Microsoft Azure.

Recode, in its piece on Google Fiber noted that the company had to spend $1 billion to cover its first operational area that is Kansas City. By comparison, Snapchat raised a seed investment of $485,000 and now has a valuation north of $10 billion.

Let’s say a telecom company has bought spectrum for a particular area and deployed its network in that area at $2 billion including spectrum costs. This area has a population of 30 million which the telecom company can target. Suppose there’s an adjacent area with similar population, regulations, geographic size and characteristics, then the cost of rolling a network in that state is going to be $1.9-2 billion as well for the most part. The carrier might be able to negotiate a better deal with equipment vendors the second time around but it can’t be drastically lower.

So when it comes to telecom and broadband, the more you want to expand your network, i.e the more consumers that you want to reach, the more is the capital expenditure that’s required. Apart from this, since telecom is a mobile service, ubiquitous coverage of a particular country is often expected from a telecom operator. Now a network that provides ubiquitous coverage often has a fixed operational expenditure. This fixed operational expenditure needs to be divided amongst as many consumers as possible to be able to recoup the investments and gain a return as well. 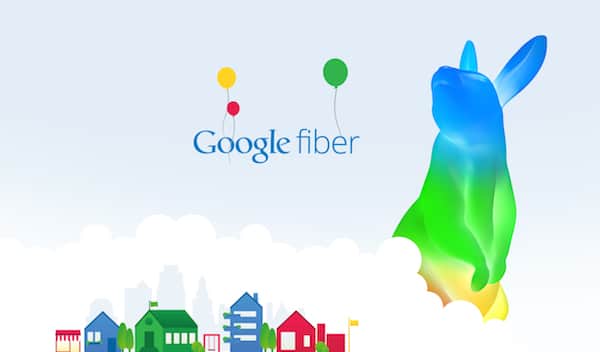 By comparison, when it comes to tech companies, scaling costs are negligible. When it comes to software, all a company needs to do is code their software once. When they have finished building up the application or software, they can host is through public cloud services. These public cloud services allow dynamic adjustment. So the app can demand for more compute and storage capacity as it continues to grow and if there is lesser demand, they can rent lesser compute and storage capacity.

Telecom companies cannot do that, it’s expected of every telecom operator to cover the entire country in order to consider its service good, so even if customer addition stops or large swaths of customers leave a telecom operator, the operator cannot reduce its operational expenditure and must increase its ARPU to make up for the lost revenue. The operator can reduce its capex/opex but that would reduce network quality. By comparison, if a software company rents lesser cloud computing/storage capacity, it helps the software maker lower its opex but the quality remains the same as the underlying code doesn’t get affected.

Same goes for expansion. When a software maker creates an app, he can put it on Play Store and App Store and reach an audience of 2 billion at zero additional cost. By comparison, if a telecom operator like Airtel wants to reach 2 billion customers i.e the whole of India and China, then the capital that’s needed is enormous.

People familiar with Fiber say it has hit its initial customer targets in its first three markets — selling broadband to about 30 percent of the homes it has hooked up for service, the industry standard for feasibility. Fiber brought in roughly $100 million in revenue last year, according to sources.

Software startups, particularly those with any sort of online component, also needed to make significant hardware investments into servers, software that ran on said servers, and a staff to manage them. This was where the venture capitalists’ unique skill-set came into play: they identified the startups worthy of funding through little more than a PowerPoint and a person, and brought to bear the level of upfront capital necessary to make that startup a reality.

In 2006, though, something changed, and that something was the launch of Amazon Web Services.

Because a company pays for AWS resources as they use them, it is possible to create an entirely new app for basically $0 in your spare time. Or, alternately, if you want to make a real go of it, a founder’s only costs are his or her forgone salary and the cost of hiring whomever he or she deems necessary to get a minimum viable product out the door. In dollar terms that means the cost of building a new idea has plummeted from the millions to the (low) hundreds of thousands.

The charts below from JackDaw Research illustrates the same 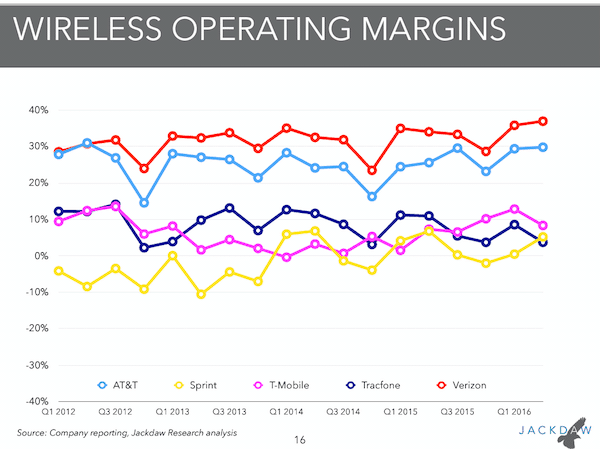 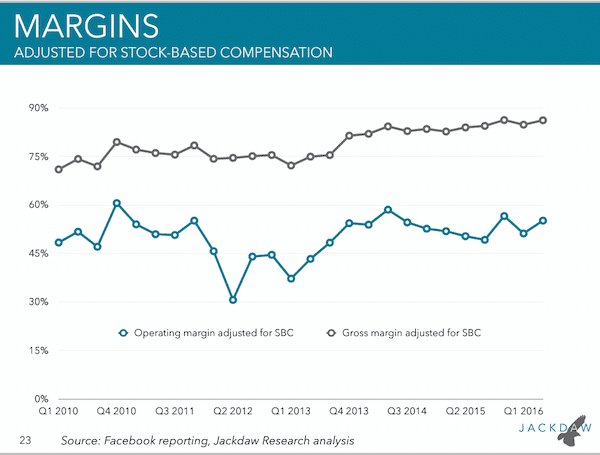 4. So are telecom operators at loss?

After seeing the huge capital investment needed to expand and the lack of flexibility in opex, some might feel that being a wireless carrier is in a disadvantageous position. But that’s actually not true. The capital intensive nature of telecom is actually their biggest moat. No VC is willing to fund a startup that claims it can dethrone the wireless carriers. This was very evident when Chamath Palihapitiya of social capital promised to take part in FCC’s 600 MHz incentive auction but then later backed out. The only kind of startups present in the wireless segment are MVNOs, but they mostly just resell capacity from MNOs. So as long as these MVNOs aren’t much of a threat, the MNOs (telecom operators) wouldn’t object, but the moment they feel a particular MVNO is a threat to them, they can jack up the access price and render them useless. This has meant that most wireless carriers have survived for decades now. AT&T is as much as 30 years old. Same go for operators like Vodafone, Telenor, Airtel etc. Most of these are decade+ old operators now.

The high capital investment means that often times it’s only the telecom operators that can afford to build networks in other countries. By comparison, software requires minimal capital investment. This means that disruption in software field is also high. Take Yahoo for example, it was one of the most dominant search engines but then two guys from Stanford created a better search engine that led to the sale of Yahoo for $4.4 billion. Same goes for AOL. Meanwhile, Verizon was No.1 at the time Yahoo and AOL were dominant, and still is No.1 even today.

5. Does that mean operators can excel at tech?

By now I have mentioned how App Stores and Cloud Computing make investments in tech pretty small as well flexible. So, does that mean operators like Verizon with initiatives like Go90 and their acquisition of AOL and Yahoo can be successful? The answer seems to be NO for the most part as I’ll explain below – 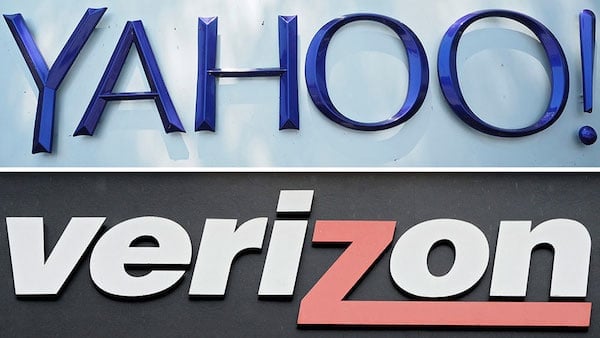 Most operators don’t do software well

This is very evident from the constant complaint of bloatware. Operators in US still control distribution of smartphones for the most part and pre-load their apps on it. Yet, almost everyone in the tech community finds these app/software useless and terms them as “bloatware”. If operators were really able to do software well, then the pre loaded apps wouldn’t be relegated as bloatware.

Ability to accept failure and move on

Tech companies always have to keep trying with new stuff. Take Facebook for example, the company has developed so many apps and discarded/shut them. By comparison, telecom operators make very calculated risks and don’t have a culture of “fail fast, learn fast“.

They hardly build any stuff on their own

Most operators contract the roll out of their networks to equipment vendors. IT is also outsourced and so is the maintenance. Only few things such as network planning is taken care by the operator themselves. Most operators do nothing more than handle financials, plans, device selection etc.

6. Do tech companies even want a share of the telecom pie?

Telecom for the most part is a low margin, highly competitive commodity business. By comparison, tech companies such as Google and Facebook have highly lucrative margins and near monopoly in their domains such as search and social networking. It doesn’t make much sense for tech companies to want a share of the telecom pie and this is also refelcted in their efforts for the most part. Project Fi is basically just an MVNO that’s restricted to Nexus devices in the US. Project Fi is in no way a credible threat to cellular carriers in America because it relies on them and also serves a really niche audience. Similarly, Facebook’s Free Basics initiative just involves partnering with telecom operators to reach a wider audience. Sure, there are other projects like Google’s Project Loon and Facebook’s Project Aquila, but they’re yet to take off commercially. Test trials might seem promising, but the real challenge is regulatory issues and device compatibility, none of which either Aquila or Loon have been able to solve. Facebook recently started open sourcing networking hardware designs, but that will only help telecom operators to buy networking equipment for cheap. Apart from Google Fiber, there has hardly ever been an attempt from tech companies to be a legit competitor to telecom/boradband companies. Even Google Fiber is now planning to shift Fiber from wired to wireless, and if history is any evidence, then delivering wired broadband over wireless networks has almost always failed, Google isn’t the first to experiment.

One could aruge that tech companies never really intended to compete with telecom firms. In fact, even Google Fiber could be viewed as a way to just scare off incumbent broadband operators into providing better speeds at lower prices.

Was this article helpful?
YesNo
Photo Credits: TechRadar
TechPP is supported by our audience. We may earn affiliate commissions from buying links on this site.
Read Next
How to Fix Google Chrome Translate Not Working
#analysis #Featured #google #Google Fiber #Telecom #verizon #yahoo