Aerial photography has seen a sudden rise in the past couple of months thanks to the reliable and capable drones from companies such as DJI. However, these products still aren’t portable unless you can settle for mediocre image quality. Fortunately, that is going to change in 2016 and it starts with GoPro’s entry in the market as it lauches the much-rumored Karma foldable drone. 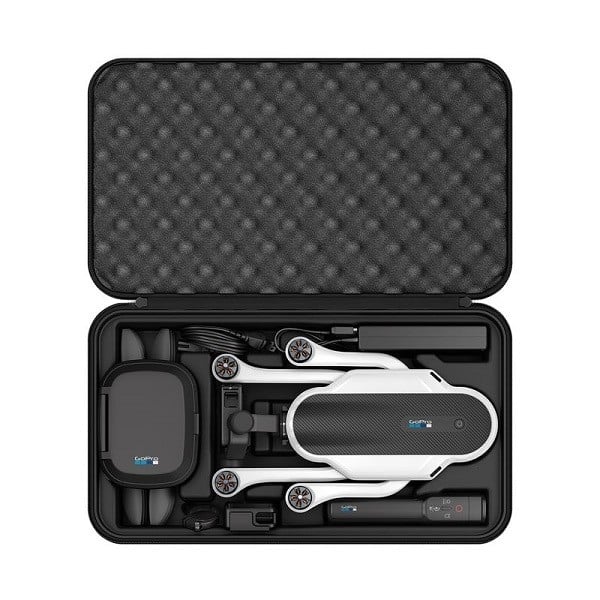 As you might have already guessed, the stand out feature GoPro’s new quadcopter brings is its portability and ease of use. It comes with a foldable body which can be effortlessly carried using GoPro’s bundled backpack. The controller itself has been kept compact and looks a lot like a gaming remote and includes a built-in touchscreen with two joysticks. Additionally, there’s a removable 3-axis gimbal that stabilizes the cameras for smooth footage at the front. The GoPro Karma can be used, as of now, by attaching the new Hero 5 Black, 5 Session or the Hero 4 cameras. Surprisingly, the camera placement has been situated up front instead of the bottom, commenting on which, GoPro says this location will eliminate the appearance of rotors ruining the shot’s frame.

Furthermore, Karma’s controller comes with three standard buttons – takeoff, landing and return to home. There are currently, four pre-programmed recording modes including dronie, cable cam, reveal, and orbit. Lastly, GoPro has offered a separate passenger app through which someone else’s can see the live video feed directly from the camera and even alter the position. One substantial aspect lacking from Karma is dynamic object tracking which can automatically adjust the drone based on its surrounding. GoPro Karma will be going on sale on October 23rd, it will cost $799 if you only require the camera, $1,099 with a Hero 5 and $999 with a Hero 5 Session. 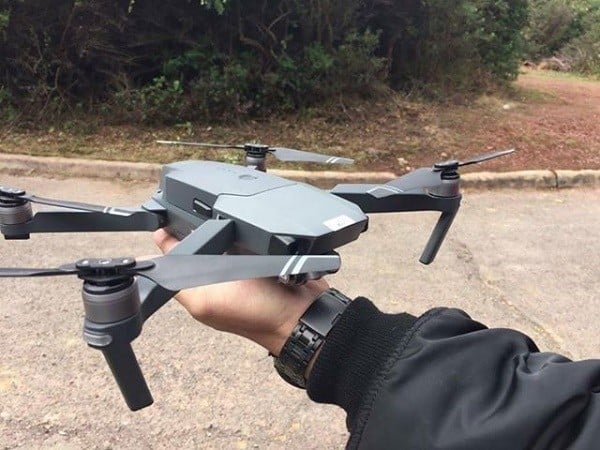 In other news, DJI is also expected to launch a foldable drone next week, reportedly titled “DJI Mavic”. It has been recently leaked in some photos thanks to the good folks at RCDroneArena, that reveal a stealth black coat and compact form factor overall. Given DJI’s established image in the drone industry, it will be stiff for GoPro to take a lead. We’ll have to wait for September 27th to see what DJI has to offer.

TechPP is supported by our audience. We may earn affiliate commissions from buying links on this site.
Read Next
DJI Mavic Mini is an ultralight drone with Quad HD camera and doesn’t n...
#DJI #Drones #GoPro #Karma #Mavic