Lenovo owned sub brand’s ZUK Z2 series of smartphone have already made a name for its due to its impeccable price to performance ratio. Rather the Olympic edition of the ZUK Z2 is the cheapest Snapdragon 820 phone to ever retail. Now, the Chinese firm has introduced their ZUK Z2 in India, albeit with a slightly different name – the Lenovo Z2 Plus.

Instead of going with the relatively unknown ZUK branding, Lenovo decided to launch their top of the line smartphone in India under their own badge. It’s a smart marketing move by the company indeed. Despite that, the Lenovo Z2 Plus will face stiff competition in India from two of its other Chinese counterparts in India namely the OnePlus 3 and the Xiaomi Mi5. Both the smartphones have tasted a fair amount of success worldwide including in India, with some even referring to the OnePlus 3 as ‘The Best Android Smartphone of 2016’.

Well, that might be a tall claim in itself, but there’s no doubt that the OnePlus 3 and Xiaomi Mi5 are among the best smartphones available. So let’s find out how the Lenovo Z2 Plus fares when compared with these two smartphones.

Design: Boils down to Personal Preference

A flagship smartphone is often judged by its design. While it doesn’t need to be unique, it definitely needs to stand out from the crowd and that’s what these three smartphones do. The Xiaomi Mi5 and the Lenovo Z2 Plus sport a similar metal fused with glass design, which makes them look rather appealing. That said, the Xiaomi Mi5 is the better designed of the two thanks to its 7.3mm thin profile, 3D Curved Glass back and just 129g of weight, and leaves the Z2 Plus look rather boring in comparison. 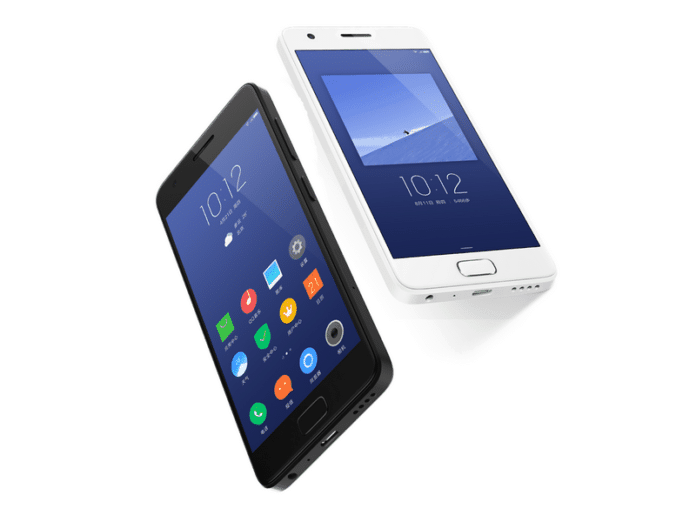 OnePlus 3 on the other hand is indeed one of the best designed smartphone the company has ever produced. The curved metal back with a smooth and lustrous finish just make the smartphone look gorgeous in direct sunlight. That said, the curved back also result in a rather slim profile of 7.4mm. Nevertheless, at the end of the day it’s always tough to give a final call on the design as it vastly depends on personal preference.

There’s a slight difference in the display technologies used in these three devices. While the Xiaomi Mi5 and the Lenovo Z2 Plus packs a IPS LCD display, the OnePlus 3 opts for an Optic AMOLED panel. So there’s no doubt that the OnePlus 3’s 5.5-inch FHD (1920x1080p) panel offers the best contrast with deeper blacks, when comparing these three devices. That said, the display on the Xiaomi Mi5 and ZUK Z2 Plus are no slouch either. Rather the 5.15 inch FHD panel of the Xiaomi Mi5 is the brightest of the lot with a peak brightness as high as 600 nits. This is an area where the OnePlus 3 struggles to some extent. 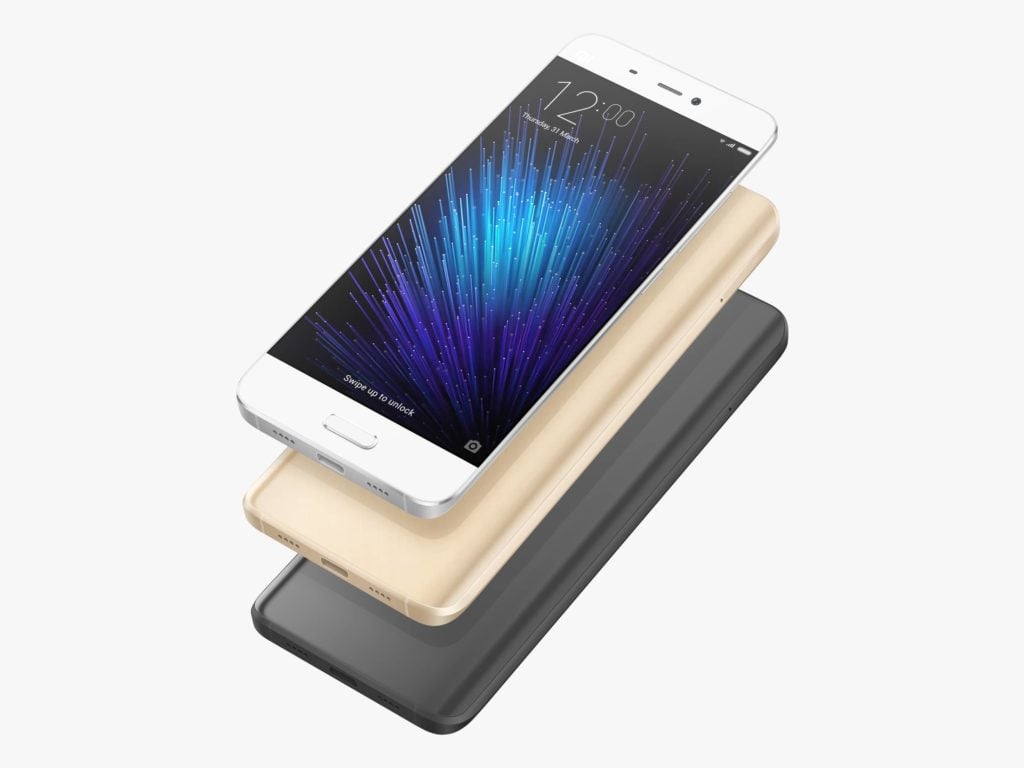 ZUK Z2 Plus’s 5 inch FHD (1920x1080p) LTPS panel on the other hand is the sharpest of the lot when it comes to pixels per inch. However, the difference isn’t that remarkable when compared with the Xiaomi Mi5. Overall, we would rate the Xiaomi Mi5’s display over the other two.

Performance: OnePlus 3 features the Best Specs in this Price Range

In terms of mere spec sheet, OnePlus 3 is the king of the segment and there’s no real doubt about it. At its Rs 27,999 price tag it offers the top of the line Qualcomm Snapdragon 820 SoC (2.15GHz dual Kyro + 1.6GHz dual core Kyro), 6GB RAM and 64GB of onboard storage. Well, that’s almost everything you could have asked for. The Xiaomi Mi5’s standard edition which retails in India on the other hand offers a trimmed down version Snapdragon 820 (1.8GHz dual core Kyro + 1.6GHz dual core Kyro), 3GB RAM and just 32GB of internal storage. That said, the Xiaomi now retails in India at significantly lower price thereby justifying the trimmed down specs. 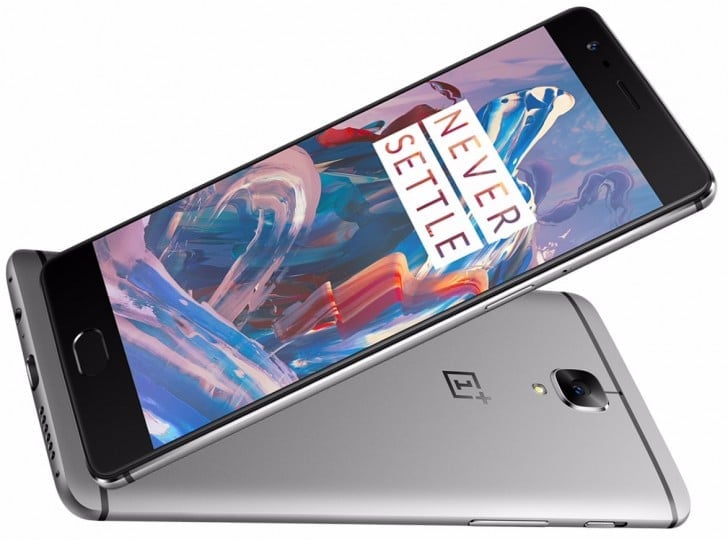 The Lenovo Z2 Plus on the other hand is the closest rival to the OnePlus 3 in this department. It not only offers a Snapdragon 820 chip (2.15GHz Kyro + 1.6GHz Kyro) chip, but also comes with the option of two variants – 3GB RAM/32GB storage and 4GB RAM/64GB storage. At Rs 19,999, it offers the closest fight to OnePlus 3 in terms of hardware and even betters it in terms of additional sensors for activity tracking and more functional Fingerprint sensor.

Software: Lenovo Z2 Plus and OnePlus 3 offer a near stock Android experience

More often than not, the software plays a deciding role in determining the user experience and that’s where the OnePlus 3 and Lenovo Z2 Plus edges out its arch rival – the Xiaomi Mi5. Unlike the flagship from Xiaomi which runs on a baked version of Android popularly known as MIUI 8, the other two devices sport a near stock built of Android. This result in a snappier user’s experience with fluidic screen transitions and faster loading times. While the OnePlus 3 runs on a slightly customized version of vanilla Android referred to as Oxygen OS, the Lenovo Z2 Plus goes with ZUI with the Google Now Launcher on top. We must confess that MIUI 8 is the most feature reach of the three, but Mi5 is marred with performance issues and we are still waiting for Xiaomi to iron out the issues. 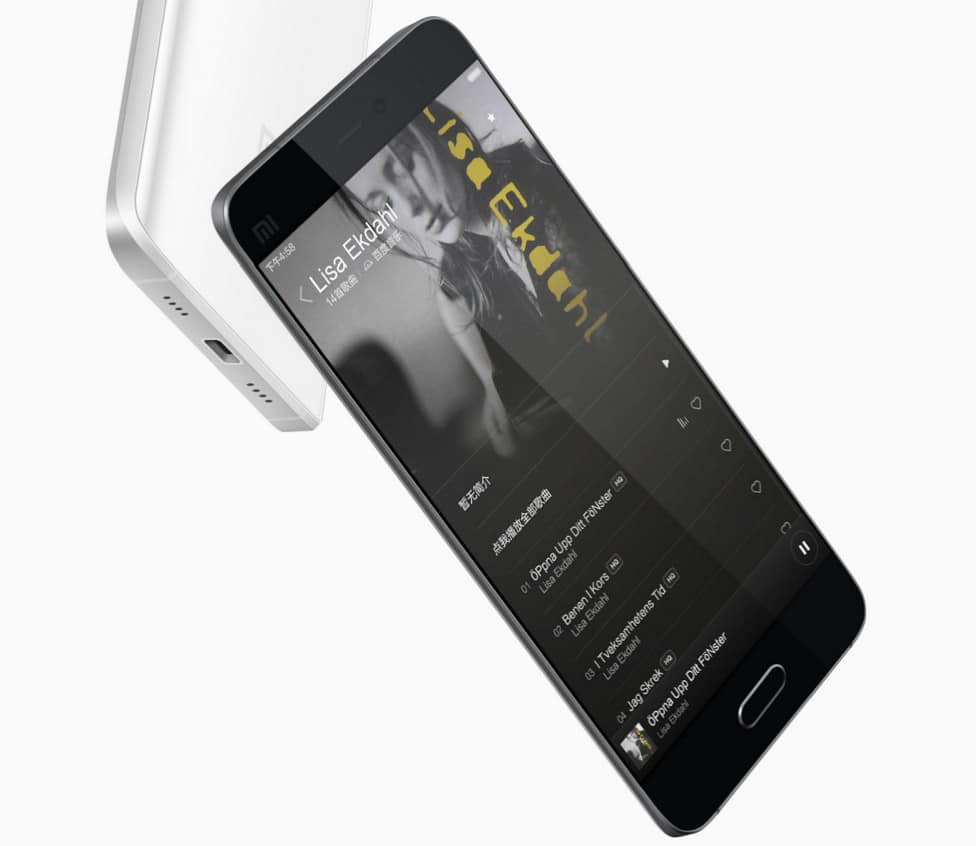 Talking of cameras, the OnePlus 3 and Xiaomi Mi5 have a similar 16MP f/2.0 Sony IMX 298 rear shooter equipped with PDAF and Optical Image Stabilisation. The Lenovo Z2 Plus on the other hand sports a 13MP f/2.2 rear camera with markedly larger pixels, but unfortunately misses out on OIS. While all three cameras shoot excellent pictures, the images taken on the OnePlus 3 has a definite edge over the other two. This is especially true when it comes to low light performance. The video shooting capabilities of the Xiaomi Mi5 however is slightly better than the OnePlus 3 thanks to its 4-axis optical image stabilization, which indeed makes the footage less choppy. 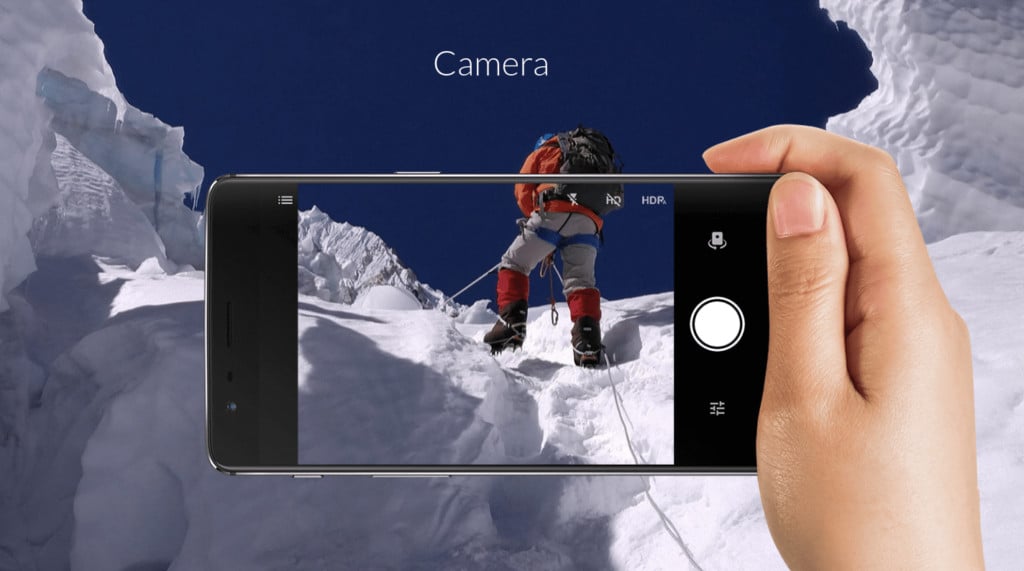 Coming to front cameras, the OnePlus 3 and Lenovo Z2 Plus feature an 8MP f/2.0 selfie snapper which clicks some sharp images in broad daylight. However, it struggles ever slightly in indoors as compared to the Xiaomi Mi5. Unlike the other two, the flagship smartphone from Xiaomi makes use of a 4MP f/2.0 UltraPixel camera which boasts of a remarkable large pixel size. The audio recording during video on the Xiaomi Mi5 is marginally better than the other two smartphones. Besides, its worth noting that all three cameras can shoot 4K, Slomo at 120fps and full HD Time Lapse videos.

Every flagship smartphone suffers with the annoying problem of battery life. While budget and mid-range phones are packing batteries as large as 5000mAh, the same are never seen in flagship models. Well, the simple reason behind it is to make the smartphone appear slim thereby make it more appealing to customers. Xiaomi and OnePlus too followed the same principle with their flagship devices this time around. Unlike its predecessor which came with a bigger cell on the inside, the OnePlus 3 and Xiaomi Mi5 use a 3000mAh battery. This markedly smaller than the 3500 mAh unit seen in the Lenovo Z2 Plus. While all the phones will last you through a day of use, expect the Lenovo Z2 Plus to offer a significantly better battery life. And no, we aren’t merely going by the specs on paper here.

Fingerprint Sensor: OnePlus 3 is the fastest, but Z2 Plus has more tricks

The fingerprint scanner has grown on to be the integral part of smartphones these days and none of the three devices misses out on it. In fact, the scanners are identically placed just below the display. That said, the scanner on the OnePlus 3 is ever so slightly faster than the rest. But then, the Lenovo Z2 Plus has UTouch 2.0 which doubles up as a capacitive button and supports multiple gestures which adds a whole new dimension to the experience. OnePlus 3 is faster, but Lenovo Z2 Plus is more functional. 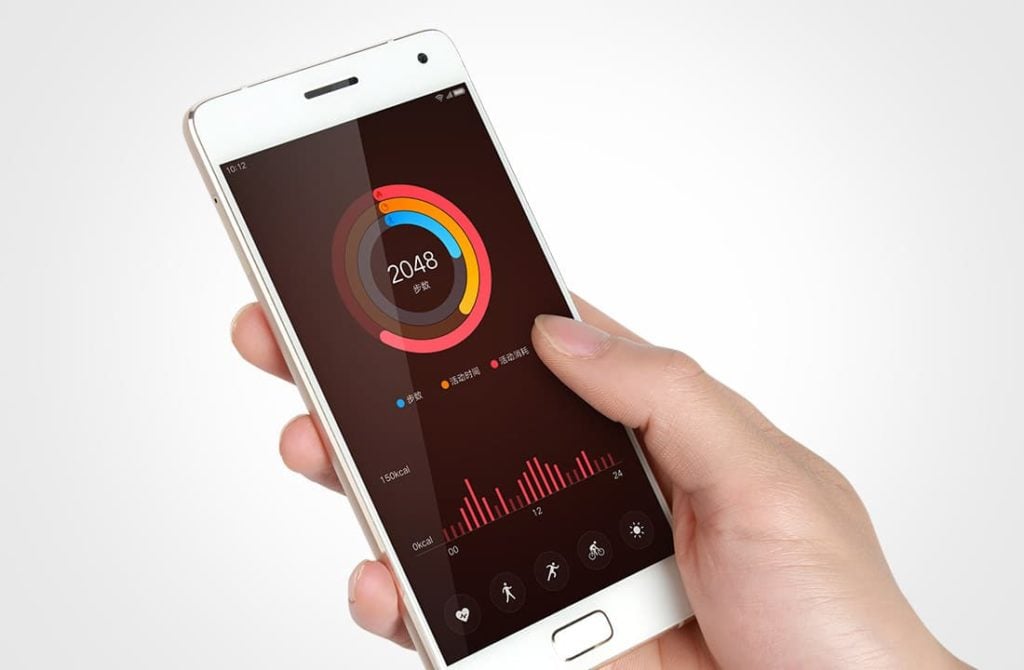 The OnePlus 3, Lenovo Z2 Plus and Xiaomi Mi5 comes with 4G VoLTE support enabled out of the box. While this was often the last thing you would have checked while buying a new phone, VoLTE has now grown increasingly important ever since the launch of Reliance Jio in India. That said, it’s worth noting that all three smartphones come with dual SIM support, and the usual set of other connectivity options. 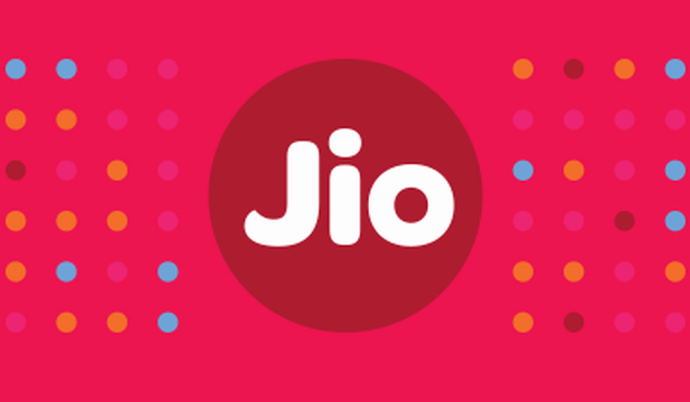 Pricing: Lenovo has simply nailed it

Lenovo has priced their Z2 Plus rather competitively at Rs 17,999 for the 3GB RAM/32GB storage and Rs 19,999 for 4GB RAM/64GB storage respectively. This makes it quite a steal at the price point and helps it steer clear from the OnePlus 3 priced at Rs 27,999; which apparently is a good move by Lenovo. Xiaomi’s Mi5 is stuck in the middle at Rs 22,999. 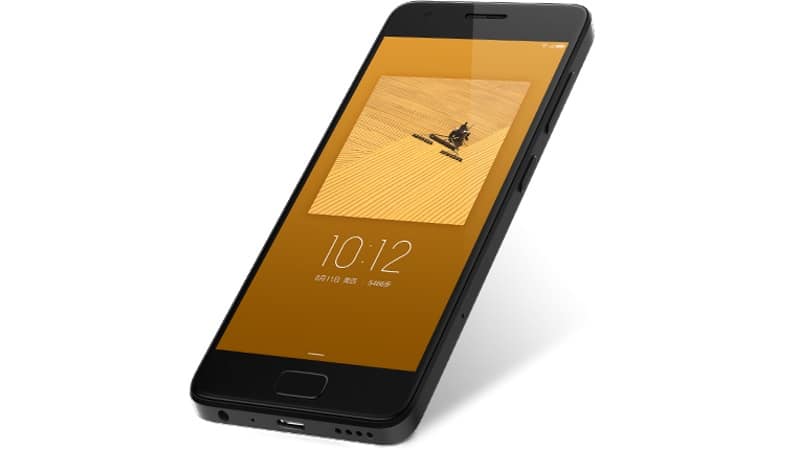 Without the significant price difference it would have been a tough choice to select a winner among the three, however Lenovo has made the job relatively easy. At Rs 19,999, the Lenovo Z2 Plus offers impeccable value for the money and we would surely recommend it over the Xiaomi Mi5. However, if you some extra cash to burn, OnePlus 3 at Rs 27,999 may be better option solely for the improved camera, faster UI updates, bigger RAM and future development support.

Was this article helpful?
YesNo
TechPP is supported by our audience. We may earn affiliate commissions from buying links on this site.
Read Next
Snapdragon 782G vs Snapdragon 778G Plus: What Has Changed?
#comparison #Featured #Lenovo Z2 Plus #OnePlus 3 #Xiaomi Mi5 #Zuk Z2