Apple ditching the 3.5mm Audio jack in iPhone 7 divided the entire world into two bastions, one the fanboys who welcomed the move and made themselves comfy about the idea and other, the haters who were waiting for their pound of flesh by ridiculing Apple. Well, what happened here is that it left the third set of people who were looking forward to buying an iPhone but the very idea of a missing 3.5mm jack made them unsure of the device. We had earlier explained how the Apple Dock could solve your problem, but again one cannot carry it everywhere they go. 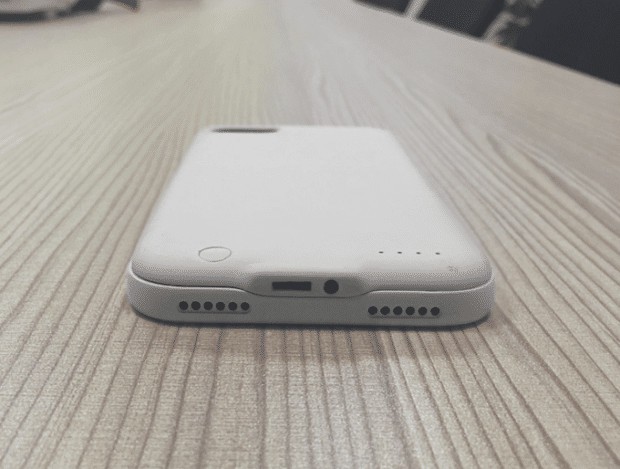 Ladies and Gentlemen, what we have here is Fuze, an iPhone 7 case that promises to bring back the 3.5mm headphone jack and in the meanwhile also bump up your phone’s backup. Yes, the Fuze is the first iPhone case that not only packs a battery, but also a 3.5mm jack. Essentially, this is what the Fuze does, it connects the lightning to a 3.5mm adapter and the circuit for this has been built in the case, so no more dangling adapters. 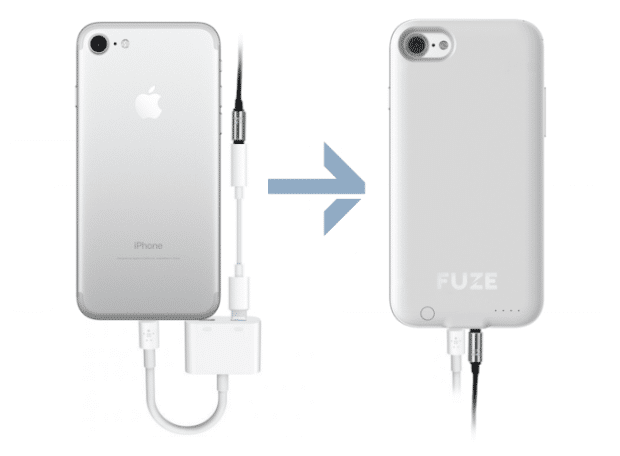 Also, the Fuze case adds up a generous 2,400mAh of battery life for the iPhone 7 while the Fuze case for iPhone 7 Plus adds a humongous 3,600mAh of power. The case is built out of TPU and ABS, a choice of material that Apple themselves use in the Lightning battery case. This is what the makers of Fuze had to say about their product, “Fuze restores 3.5mm audio jack for iPhone 7 and 7 Plus. It delivers a doubled battery life as well as scratch and shock protection, all while maintaining the iPhone’s compact profile. We need your help to bring back the jack. When you purchase Fuze, you purchase the freedom of choice.”

The case is however still at concept phase and one can crowdfund it on Indiegogo. One can back the project starting from $49 for Super early birds and $59 for early birds. However, the case is expected to retail for $69 and hopefully, the company will start shipping by December. The downside though is that the case will render iPhone 7’s water resistance ability redundant as Fuze uses the lightning connector and is not water resistant in itself. It is also not clear if the phone will charge simultaneously while one listens to music. Well, now we might have some folks saying that we should move on and not resist the change but for the others who have already spent money on high-end headphones with 3.5mm jack the Fuze case might be the savior.

Was this article helpful?
YesNo
TechPP is supported by our audience. We may earn affiliate commissions from buying links on this site.
Read Next
[Stat Stories] The iPhone Rules 2019 and Q4 2019, as Xiaomi Arrives!
#Fuze case #iPhone 7 #iPhone 7 accessory #iPhone 7 Plus