Huawei Mate 9 has finally gone official at an event held in Germany, and well it seems that the Chinese company has planned quite a few surprises. Huawei has launched a Porsche Special edition curved version of the Mate 9 alongside the standard edition. That aside, it has bundled in the latest version of Android aka. Nougat onto its flagship devices. 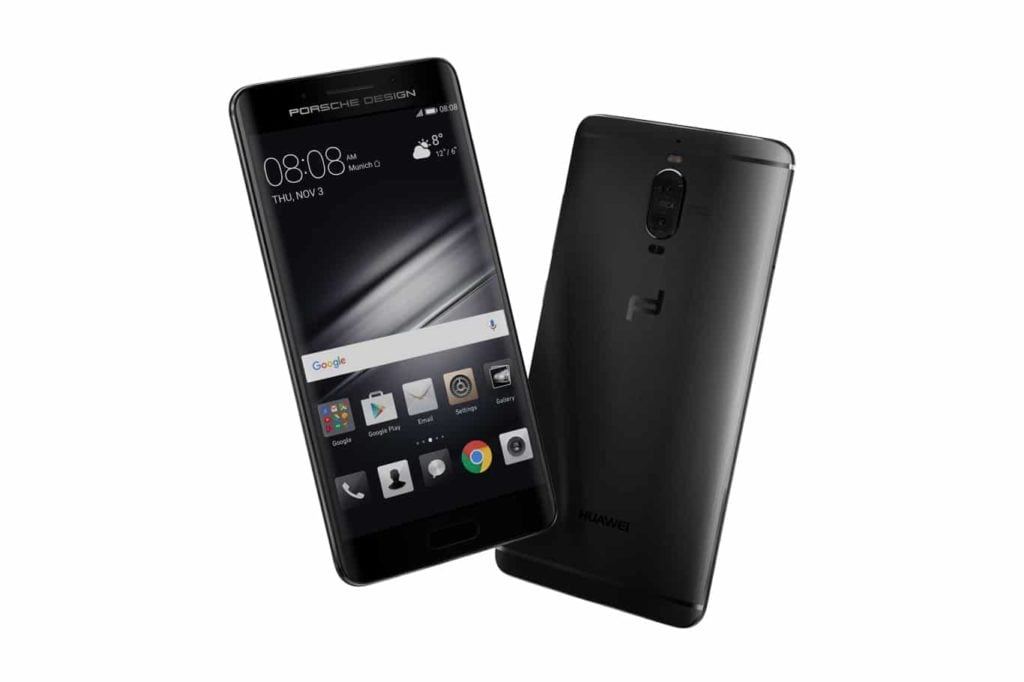 The Huawei Mate 9 was among one of the most anticipated Chinese smartphones, ever since the Mi Note 2 got released in Beijing. The flagship smartphone comes in two variants – a standard one and another limited edition model that apparently sports a Galaxy S7 Edge like curved display. That said, both the smartphone sports a nearly same external design language. This includes a metal unibody design with curved edges and a dual rear camera setup located just in the center. The Porsche Limited Edition smartphone, however, sports a smaller footprint due to the inclusion of a small display. 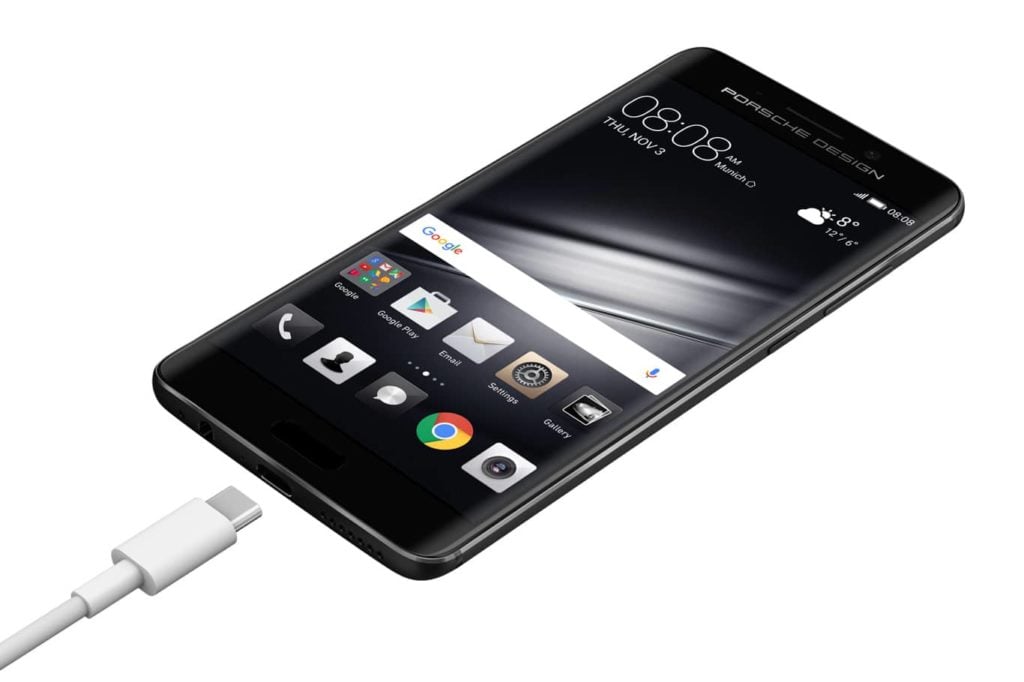 The Huawei Mate 9 is indeed a large device. Upfront it packs a 5.9 inch Full HD display with 2.5D Curved Gorilla Glass. Powering the flagship phablet is the latest Hi-Silicon Kirin 960 chip 16nm octa-core chip. This new chip that debuts on the Mate 9 features a Mali G71 MP8 GPU, which according to the company is about 180% faster than the Mali T880 found in the last gen Mate 8. Apart from that, the Huawei Mate 9 comes with 4GB RAM and 64GB of onboard storage. There’s a memory expansion slot too that allows up to 256GB of MicroSD card slot.

Coming to the cameras, the Huawei Mate 9 uses a familiar dual camera Leica powered setup Unlike the one on the Huawei P9 though, the dual lens setup of the Mate 9 includes a higher resolution 20MP f/2.2 and 12MP f/2.2 camera modules. That said, just like on the Honor 8 and Huawei P9 on of the lens, the 20MP in this case, shoots in monochrome while the 12MP captures in RGB mode. It’s worth noting that the camera modules on the Huawei Mate 9 are powered by Sony sensors while the lens is sourced from Leica. The rear camera module on the flagship phablet is mated with an 8MP f/1.9 selfie snapper located on the front of the device. 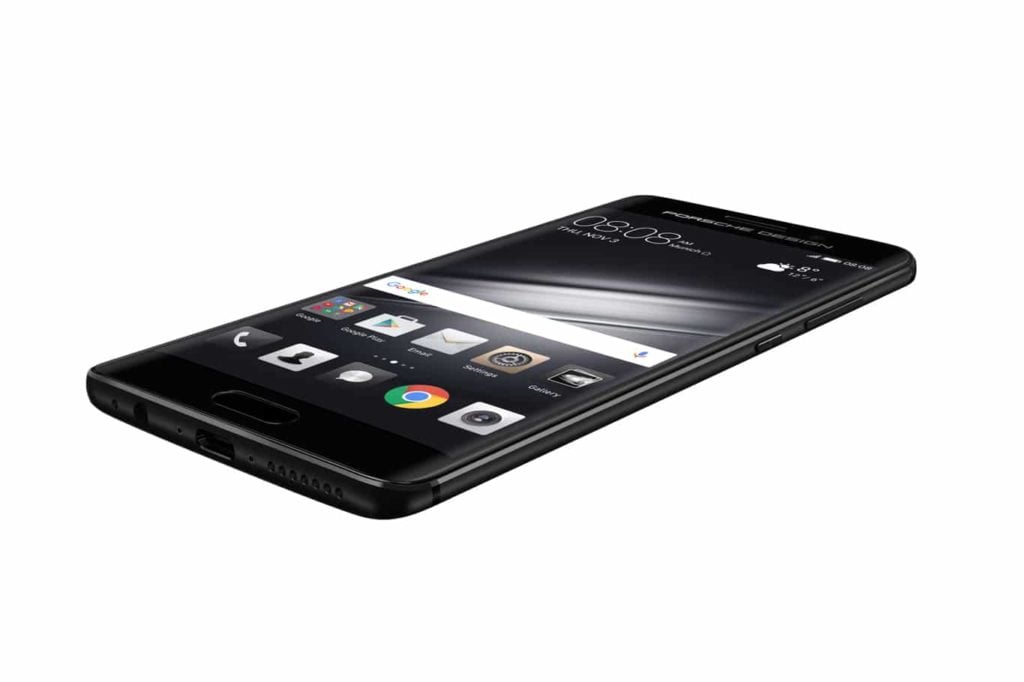 Under the hood, the Huawei Mate 9 is powered by a 4000mAH battery which can easily last it through a day and half of heavy to moderate usage. Huawei claims that the battery can go from 0-100% in just 90 minutes thanks to their SuperCharge technology. This apparently makes it faster than the OnePlus 3. So it would be interesting to see how it fares in real life usage. Apart from that, Huawei Mate 9 also rocks a fingerprint sensor located on the rear of the smartphone, just below the camera modules, The other added niceties includes an IR blaster and USB Type-C port located at the bottom of the smartphone.

Nevertheless, the most interesting feature of the Huawei Mate 9 is the presence of Android Nougat 7.0 out of the box. With this, the Huawei Mate 9 now joins the rare league of smartphones that comes with the latest OS from Google. A few other smartphones running on Android Nougat out of the box include Google Pixel, Pixel XL and LG V20. The dual SIM smartphone that supports 4G VoLTE and NFC comes in a range of colors including Space Gray, Moonlight Silver, Champagne Gold, Mocha Brown, Ceramic White and Black.

The limited edition Huawei Mate 9 Porsche Design variant sports a smaller yet dual edge curved 5.5 inch QHD display. The rest of the internal including the processor, battery and the cameras are the same. It’s however worth noting that the limited edition variant that aims to take on the Xiaomi Mi Note 2 packs 6GB RAM and 256GB of internal memory. Apart from that the fingerprint sensor now moves onto the front of the smartphone and is now incorporated in the rectangular home button. The Huawei Mate 9 Porsche Design variant is also slimmer and lighter than the standard one at 7.5mm and 169 grams. That aside, the Porsche Edition model will only be available in Graphite Black.

The Huawei Mate 9 and Mate 9 Porsche Design Edition would set you back at €699 ($775/Rs 51,771 approx.) and €1395 ($1,547/Rs 1,03174 approx.) Initially Huawei plans to roll out the smartphones to China, France, Germany, Italy, Japan, Kuwait and Malaysia, Poland, Saudi Arabia, Spain and UAE. While it’s sad to see India not feature in the list, it can be expected that Huawei will bring the device to the country sometime later.

Was this article helpful?
YesNo
TechPP is supported by our audience. We may earn affiliate commissions from buying links on this site.
Read Next
Huawei FreeBuds 4i Review: A Well-Rounded ANC Performer for Its Price
#Huawei #Huawei Mate 9 #Huawei Mate 9 Porsche Edition