There are events when you come away thinking of nothing but the product that was unveiled. And well, the launch of the OnePlus 3T in India was certainly one such. When the dust had settled on all that had happened, we came away with the product firmly imprinted in our senses. Mission accomplished, most marketing pundits would say. Well, to an extent. Because the reason we came away with so much of the OnePlus 3T on our minds was that there was nothing else really too much of note. 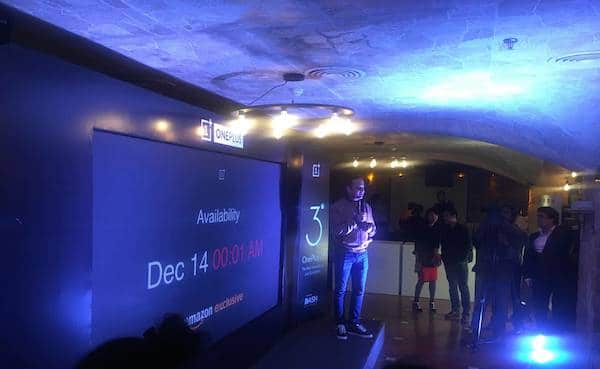 OnePlus has always followed a rather unorthodox strategy as regards product launches in India. Their first launch, that of the OnePlus One and their third, the OnePlus X, followed relatively conventional lines – inviting the media to a large conference room in a well-known hotel and then sticking to the presentation-followed-by-Q-and-A routine. But those two apart, the brand has tried to go for a slightly less formal setting, opting for cafes and well-known pubs for the launches of the OnePlus 2, OnePlus 3 and well, now the OnePlus 3T.

On paper, there is a lot to be said for the latter approach – it evidently lets a brand connect and identify itself to and with a younger crowd (which is its target audience) and is a lot less formal than the routine presser which can turn a little stuffy. There is better chance of intermingling in a cafe or a pub than in a five-star hotel.

In practice, however, things often do not work out that well. For one, most pubs and cafes in the capital are not tailored to host events. Most of us ended up standing at the launch of the OnePlus 2 and could see nothing of the stage from ten rows back at the OnePlus 3. For another, these places can easily get claustrophobic and crowded, leading to a fair bit of confusion.

And these alas, were in ample evidence in the launch of the OnePlus 3T. The venue was a place better known for eating and drinking rather than launches and once again, most media persons found themselves standing right through the presentation. The fact that most of them had to stand on the side of the stage rather than in front of it (the front had been taken over by an armada of cameras on tripods, ensuring no one behind them could see a thing) did not improve matters. And as the numbers of media persons gradually swelled, the brand’s slogan of “Never Settle” seemed to come into play in a totally different context – settling was well-nigh impossible in such constricted quarters.

The presentation itself was relatively predictable and went over ground that we well knew, which was honestly, a trifle disappointing, as we felt a case had to be made for the device whose very existence has made many people raise eyebrows (as we had said, it will have its task cut out replacing a product that was as close to awesome as awesome could be). Yes, you can accuse us of having been spoilt by the detailed launches of Xiaomi and Lenovo/Motorola to an extent, but even by general standards, the OnePlus 3T’s launch presentation was simply too routine. Even the announcement of the device being manufactured in India – the one real surprise – slipped through without too much notice. The video of unboxing a device in the cockpit of an aircraft did create enough noise but did not prove too much. And yes, the slightly constrained space meant that battles had to be waged for first impressions of the device (you will read ours when we get our review unit – at TechPP, we prefer to write about devices rather than fight over them at events.)

At the end of it all, we were just left with thoughts of the phone. Because to be brutally blunt, nothing else was really remarkable. But then, OnePlus devices have shown themselves to be capable of rising above less-than-spectacular launches in India. The task confronting the OnePlus 3T in India is, therefore, a familiar one – to rise above not just the competition, but its own launch event.

Was this article helpful?
YesNo
TechPP is supported by our audience. We may earn affiliate commissions from buying links on this site.
Read Next
How Apple Aces Tech Presentations: Seven Points (beyond bells and whistles)
#Eventually Speaking #OnePlus 3T